We all learn something from a trip overseas, yet rarely does it change our immediate working life as it did for the OMA design team. OMA architect and associate Inge Goudsmit, overseeing Taipei’s Performing Arts Theater explained to Phaidon.com that it was only after visiting the island state did the team realize “how incredibly important the theater is for the city,” she says. “We don’t know of any other culture where theater seems to be of such an essential influence” 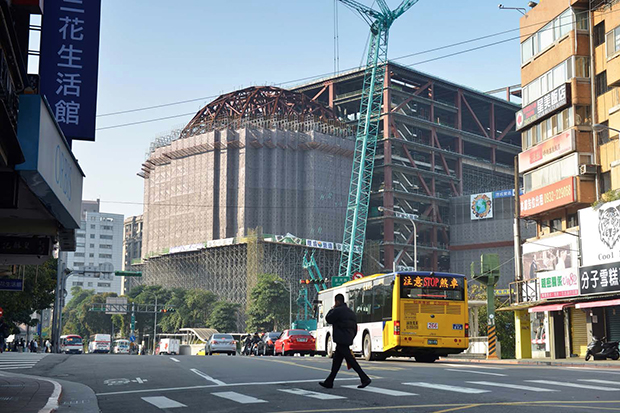 “Perhaps it is the turbulent history of Taiwan that creates an ideal environment for it,” Goudsmit went on, “but the team was truly amazed to see how all generations and classes seem to go the theater with a real and genuine urgency.”

The island has been the site of Dutch and Spanish colonial interests, direct rule from Qing Dynasty China and Japan, before going on to become the final remaining stronghold of Chiang Kai-shek’s Republic of China, following its mainland defeat by Mao Zedong’s People’s Republic of China in 1949. 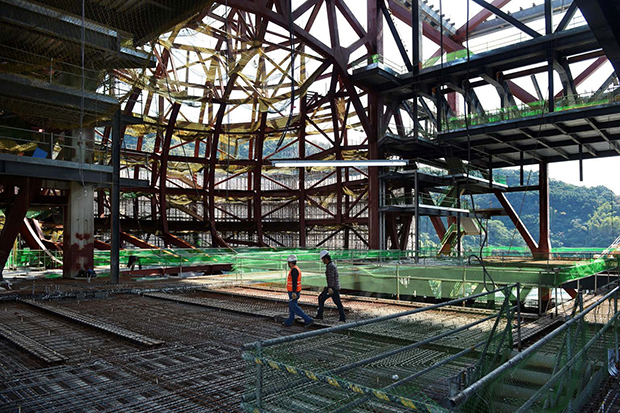 Today, Taipei's mix of rich cultural influences and choppy international relations has led to a lively arts sector, where public performance is prized. Goudsmit and her team drew on this dynamism when designing this building in the Shilin district of the capital. The 50,000m-sq center ncorporates three separate performing spaces that ‘plug in’ to a central cube.

“The interaction between the theaters became the most provocative and passionate part of our design," she says. "This combined space, which we call the Super Theater, has the possibility to create events beyond what the client imagined and beyond the possibilities of the individual theaters.” 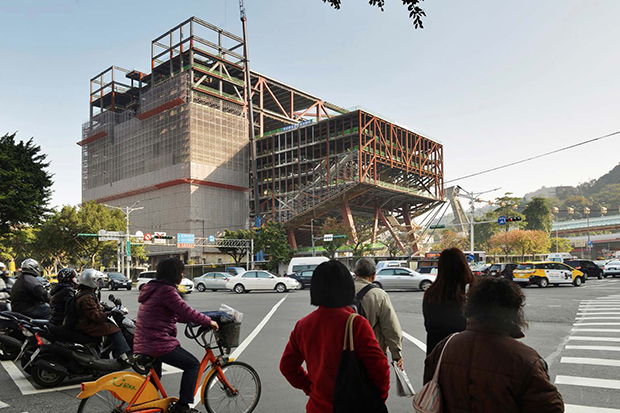 Indeed, OMA has worked the site's pedestrian traffic into its design, by creating a very small footprint of the building that allows the large plaza to be used as an urban square. “The team interpreted the project as a condensation of the existing energies of the city,” says Goudsmit. “The crowds of the station and of the surrounding shopping areas are channeled to the site. The night market, station and cube form a cluster of three urban densities, connected by a continuous human flow.”

Visitors are encouraged to take the ‘public loop’, or open-access walkway, which anyone, even those without a ticket to the performance, can stroll through. This, Goudsmit reveals, “follows a trajectory through the theater infrastructure and production spaces, which are typically hidden but are actually equally as impressive and choreographed as the “visible” performances.” 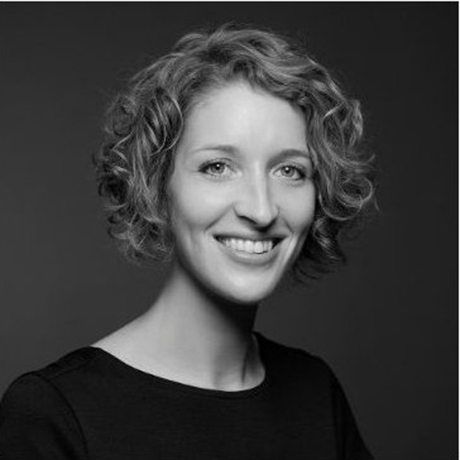 With open access and flexible performance spaces, Goudsmit believes the building may give rise to some stories of its own. “Given the specific character of the Taipei theater scene,” she says, “we also expect many plays will be written specifically for this theatrical space.”

Local playwrights should look for direct inspiration when the building is finally completed later this year. Find out more by visiting the OMA page in the Phaidon Atlas, our peerless online architectural resource. You can sign up for a free trial here.