Paris gets a concrete wave right beside Euro Disney

Parisian architect Jean-Philippe Pargade has created a €95m ‘landscape wave’ for a government ministry. In 2008, France’s Ministry of Ecology, Sustainable Development and Energy commissioned him to design a research and civil engineering campus in Marne-la-Vallée, a 300,000-strong new town some 20km from Paris, close to Euro Disney. The scheme, called the Paris Est Scientific and Technical Centre, was to be an extension of the university campus’s green belt.

Pargade’s designs, which were completed last year, includes an undulating roof canopy of concrete, under which is a cavernous testing lab, also made of concrete. The overhang of the roof creates a shaded walkway along one side of the building. Pargade, who has a number of civic buildings to his name, looked to bridge-building technology to achieve his vaulted structure. 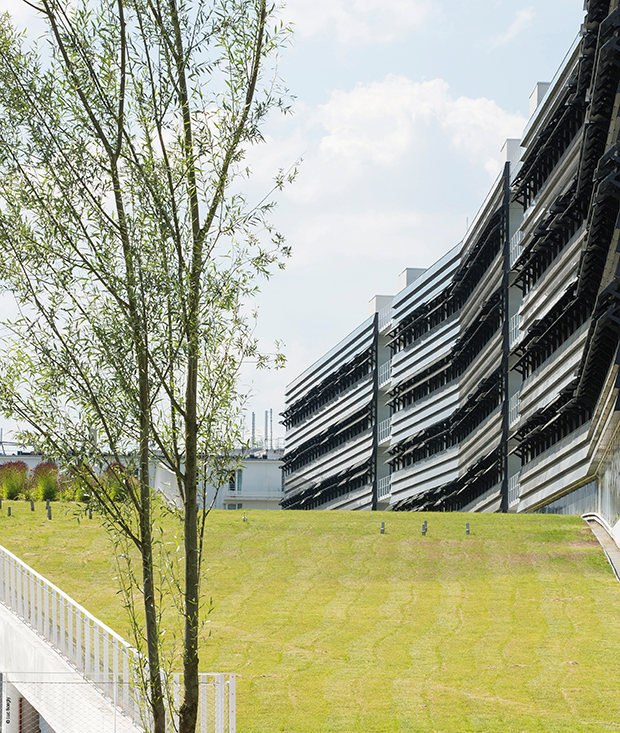 The roof has been planted by Paris-based landscape designer David Besson Girard and is accessible to those on campus. Pargade describes it as “a major public space in the new town” which “contrasts with the flatness of the site, resulting in the huge green expanse of serene parkland”. On one side of the building there is an expanse of lawn at ground level, which is reflected in the mirrored façade. 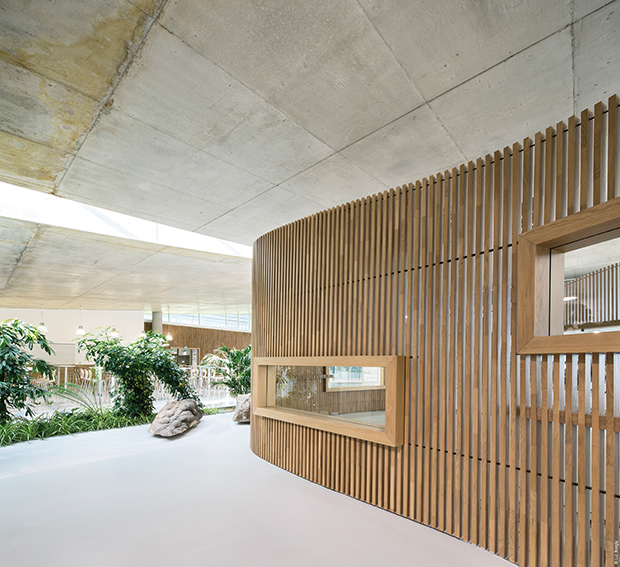 The wavy roof is also intended to act as a unifying feature for the 40,000-sq-m scheme, which comprises offices, lecture rooms, a library, conference centre, sports facilities and a restaurant, as well as labs. “The design of the laboratories dedicated to environmental research and science is thus perfectly attuned to the work performed in them,” says the architect. 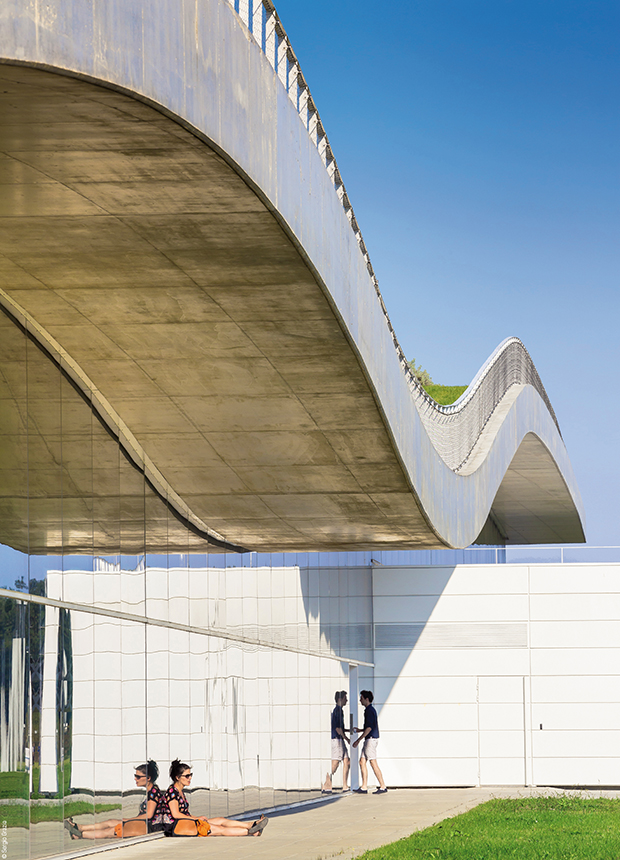 For more on contemporary architecture, sign up for our a free trial of the Phaidon Atlas, our peerless architectural resource. For greater insight into Pargade's chosen building material, take a look at our Concrete book. Meanwhile, for more on innovative landscaping, consider a copy of The Gardener's Garden.