For Filippo Pagliani and Michele Rossi, founding partners of Milan-based architectural firm Park Associati, "each project is a new adventure”. It's this sense of adventure and taste for a challenge that resounds in the buildings they create. Most recently they've created a bit of a stir with their Cube which has been touring European countries. The mobile building functions as a restaurant and has so far popped up in Belgium, Switzerland, Russia and Sweden. It currently overlooks the Piazza del Duomo in Milan, Italy. 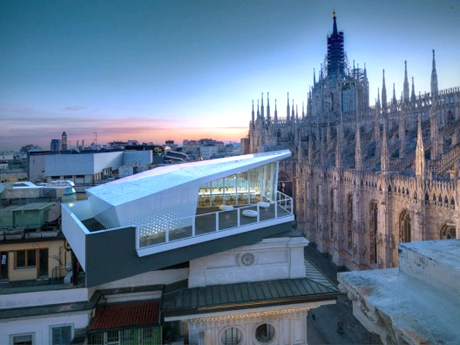 Park Associati, The Cube in partnership with Electrolux, overlooking the Duomo in Milan

Rossi and Palgliani tell Phaidon that as “each project is different and unique” they therefore adopt a fresh approach to every venture. This is nowhere more apparent than in their Salewa Headquarters building. Not only does the building act as the Salewa office headquarters but also contains a fitness centre, a bistro and a kindergarten. More interestingly, it also hosts the largest climbing wall in Italy, occupying 2000 square metres of space and boasting an incredible 90 different climbing routes.“It's probably our favourite project, for its complexity and the quality of the construction,” Rossi tells Phaidon. “This building changed the perception of the entire area and created a new landmark for the city of Bolzano” adds Palgliani. 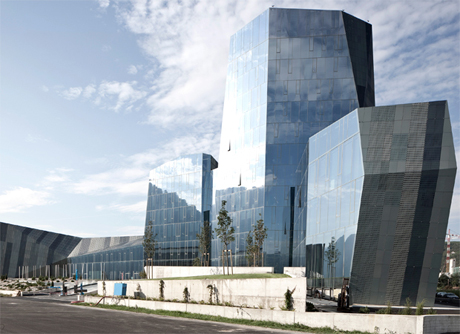 The new headquarters - created for the European outdoor activity gear manufacturer with Cino Zucchi Architetti - comprises mighty-looking slabs and towers, as impressive as the building’s actual location, at the point where the edge of the city gives way to the drama of the surrounding mountains. The exterior is covered in glass and an electro-coloured, micro-perforated aluminium skin which protects the exposed parts. 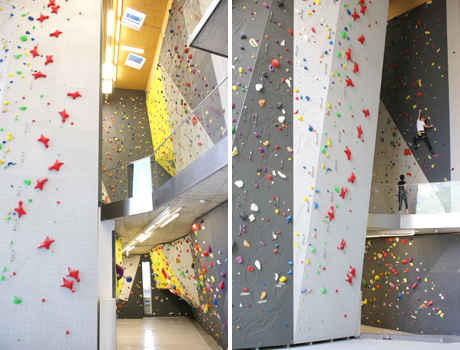 “We don't find any difficulty in thinking about building in nonconventional, rather extraordinary places," says Rossi. "On the contrary, this reflects our idea of each project as a new adventure. "Our strategy changes each time because the objectives are different - as is the aesthetic, the climate, the social environment." 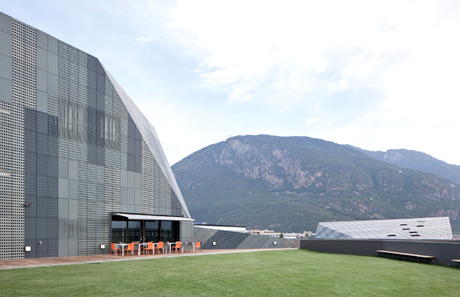 The pair both graduated in architecture from Milan Polytechnic, after which they went off to hone their skills with some of the most influential architects in recent history. Pagliani worked with Renzo Piano from 1992 to 1996 and joined Michele De Lucchi in 1996, just as Rossi was finishing his time at the firm before moving to David Chipperfield and Din Associates. They came back together to found Park Associati in 2000. It's a partnership that's proved immensely fruitful rising to each new challenge. 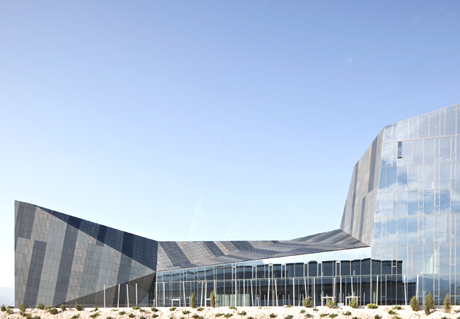 “The challenge of a project like, say, The Cube is in the fact that we didn't know exactly the site where it would have been built, therefore we could imagine a lot of different geographic and climatic situations, even the most improbable," says Rossi. As a result of that, the project enriched itself in terms of technological research, particularly for what concerns the structure's and building's efficiency."