2012’s Venice architecture Biennale might not open until the end of the month, but Zaha Hadid Architects has already unveiled its installation. Described as an 'arum shell', the pleated metal structure is inspired by Russian Suprematism -  the early 20th century movement reducing art to simple geometric shapes - as well as the work of German architect Frei Otto. Indeed, Hadid's installation seizes upon Biennale president David Chipperfield's theme of 'common ground', which Chipperfield says is meant to "reassert the existence of an architectural culture, made up not just of singular talents but a rich continuity of diverse ideas united in a common history." 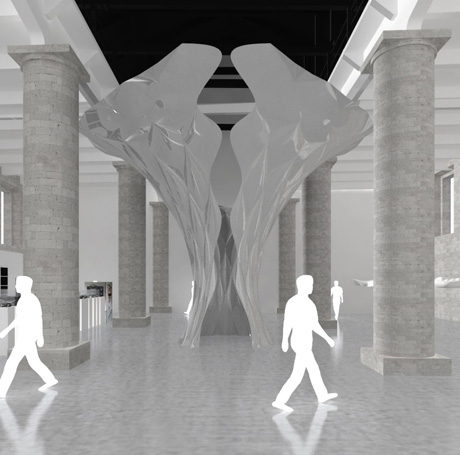 Hadid's practice clearly concurs. In an accompanying statement, they said "In our installation and exhibition at the Biennale we want to show that - apart from the dialogue with the work of contemporary competitors that existed all along - our recent work connects to a rather different historical strand of research." 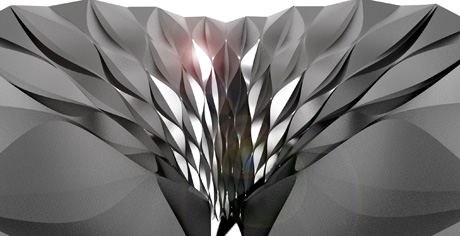 To demonstrate this, they will also display works by Otto, as well as other influential predecessors, such as Felix Candela, Heinz Isler, and newer talents such as architectural engineer Philippe Block alongside this creation.