Scotland Yard is on the move. By 2015 the headquarters of the force that oversees Greater London will move from its current building on Broadway in London’s Victoria neighbourhood, to the Curtis Green Building, a 20th century neoclassical block beside the river, on nearby Victoria Embankment.

The new site was designed by William Curtis Green and built during the late 1930s. It's pleasant enough, though it currently lacks an entrance befitting of a major public institution. The Met, in conjunction with London’s public bodies, sought to right this, and invited practices to submit their proposals to rework the site. 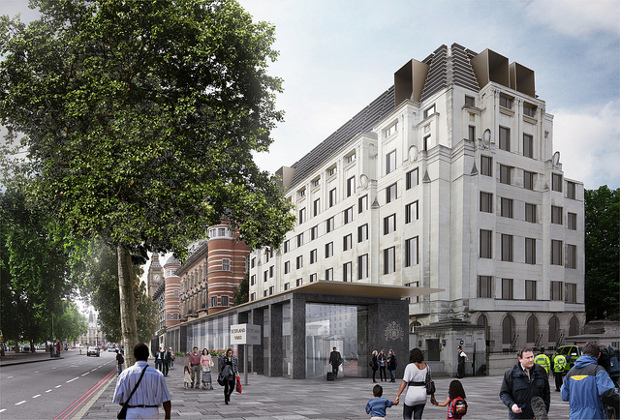 It’s a difficult brief. Architects were asked to “portray a great policing institution, reflecting the pride, identity and community of the MPS organisation, producing a state of the art HQ while respecting the heritage of the building.” Meanwhile, the brief also called for entries to “enhance the river frontage, so that the building is more visible.”

Entrants were also asked to oversee the building’s interior, which will include control room, briefing room, full catering facilities and a gymnasium, as well as “flexible spaces with multiple uses and maximizing opportunities for breakout and interaction”; an unfortunate turn of phrase, perhaps, for a building that will also house holding cells. 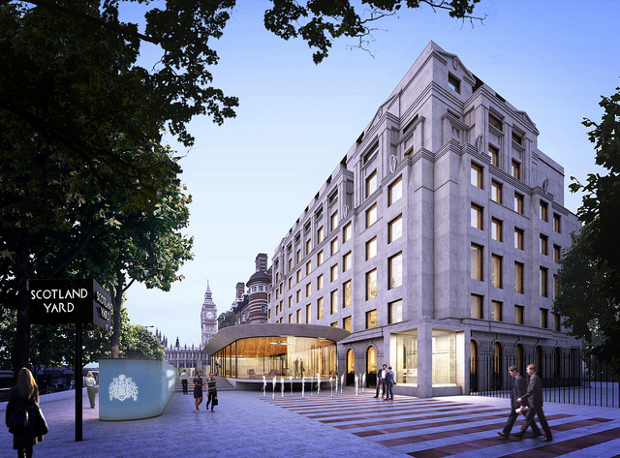 Nevertheless, the shortlisted deigns, by Allford Hall Monaghan Morris, Allies and Morrison, Foster + Partners, Keith Williams Architects, and Lifschutz Davidson Sandilands, appear to balance the brief's requirements for a modern and open appearance, with the area’s local heritage while also considering the necessary gravitas an institution like the often under fire - metaphorically and literally - Met should project. 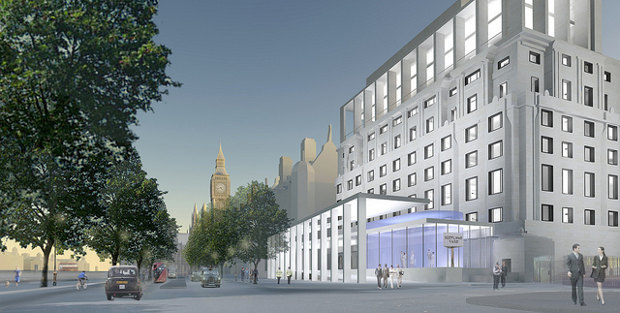 Of the five, Foster + Partners is perhaps the most high-profile practice shortlisted, and its submission appears to draw from the huge, mirrored ombrière which it incorporated into its 2011 redevelopment of Marseille’s Vieux Port. Allford Hall Monaghan Morris, currently working on Google’s new London offices, has gone for curved glass and a pavement fountain. Allies and Morrison, the firm behind BBC's Media Village in Salford, features Scotland Yard’s famous rotating sign in its submission – a requirement of the brief – while echoing the angular blocks of the Curtis Green building with a low glass and stone reception. 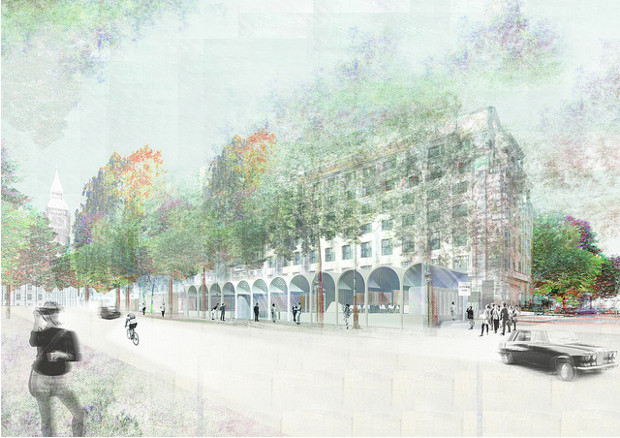 Of course, the appointment of Foster + Partners would be an easy way to generate headlines, yet we think each design has its merits. The mayor’s office will announce the winning design on October 14. Meanwhile, you can view the submissions here. For more on the way we build today, please consider our Atlas of 21st Century World Architecture, as well as our Phaidon Architecture Travel Guide App, the essential tool for architectural professionals or any traveller who wants to discover contemporary architecture in detail while abroad.