The Pritzker Prize-winning architect shows his piscine interior lights, sculpted from a type of Formica

As we all know, Frank Gehry likes fish. In 1986 he made a glass fish for the Minneapolis Sculpture Garden; and between 1989 and 1992 he produced stainless steel fish for Barcelona's waterfront to celebrate the city's hosting of the Olympics. Then there are his buildings themselves that so often resemble the scales and fins of marine life. 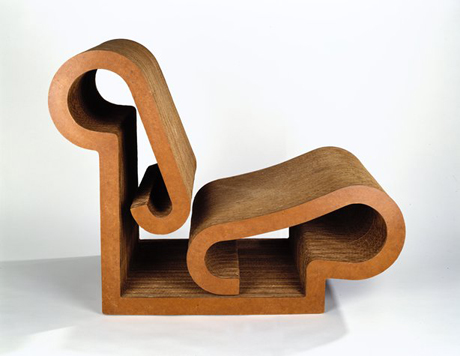 So, this it should come as no surprise that The Gagosian galleries in Beverly Hills (January 11 - February 14) and Paris (January 24 - March 9) are showing a collection of his fish lamps. Gehry first produced of these back in 1984, when he accidentally smashed a piece of the-then pioneering new Formica material Colorcore. The plastic shards reminded the architect of fish scales, and so he set about creating a series of lights from the mess. 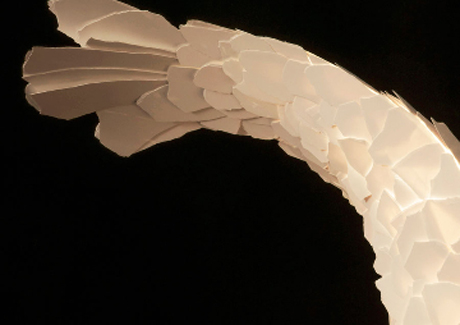 Detail from one of Gehry's new Fish Lamps

So, why the new show? Well, as a statement issued by the gallery explains, "In 2012 Gehry decided to revisit his earlier ideas, and began working on an entirely new group of Fish Lamps. The resulting works, which will be divided between Gagosians Los Angeles and Paris, range in scale from lifesize to outsize, and the use of ColorCore is bolder, incorporating larger and more jagged elements." 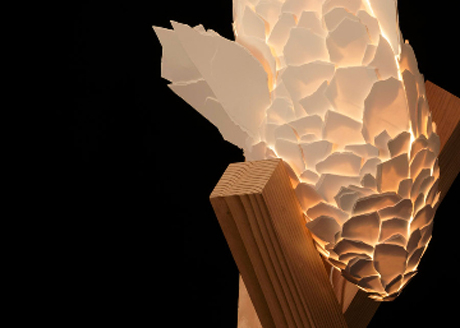 Detail from one of Gehry's new Fish Lamps

While this new school of Gehry fish may differ a little its predecessors, they are still built around a metal core and set on a wooden frame, and still look as naturalistic, considered and charming as any of his buildings. Gehry has also worked on furnishing and interiors throughout his career, issuing collections like Easy Edges (1969 - 73) and Experimental Edges (1979 - 82) of chairs and tables carved from blocks of industrial corrugated cardboard - as well as more recent creations, such as his ergonomic, molded polymer chairs, designed for Heller in 2004.

For more on the exhibition, see The Gagosian site, and for more on the pioneering creations of Gehry and his peers, take a look at our Atlas of 21st Century Architecture, which features the best new buildings from the past 12 years. 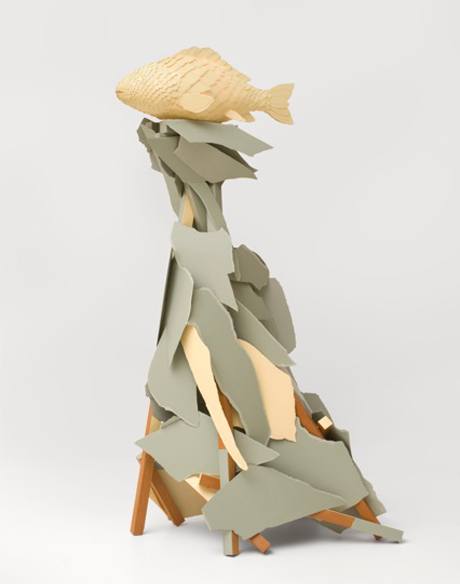