These tiny apartments were built to be replaced so why are their residents fighting to save them?

How do you preserve a building that was, in a sense, built to be disposed of? And should you even try? That’s the question facing residents of Nakagin Capsule Tower in the Shimbashi district of Tokyo. When their apartment block was constructed in 1972, its architect, Kisho Kurokawa, hoped owners would remove and replace each of 140 10-meter-square apartments every quarter century or so. This type of building, known as metabolist architecture, never really caught on, and, as Christian Dimmer, professor of Urbanism at Tokyo University says “The zeitgeist of metabolism is frozen, literally encapsulated in this building.” 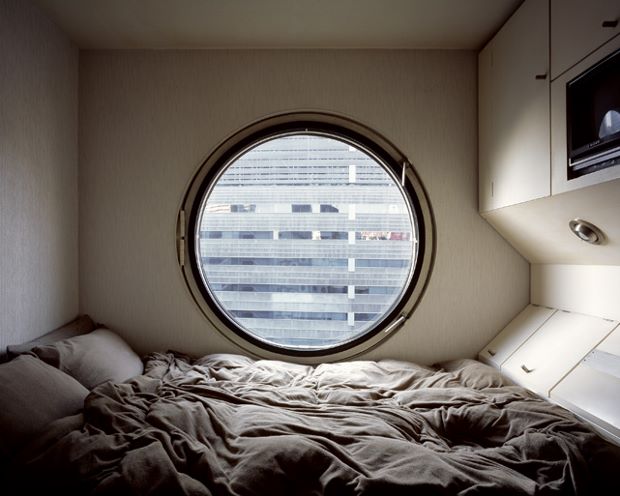 A room in Nakagin Capsule Tower. Photo by Noritaka Minami

Nakagin is a beautiful relic from the latter half of the 20th century. Many of its miniscule rooms still feature the original built-in TVs and hi-fi systems from forty years ago. Yet the building is fast deteriorating. Its asbestos heat insulation is no longer fit for purpose, and its pipework is corroding. Some of the owners of these 140 units in the Nakagin Tower hope that this dilapidation will lead to the building’s demolition, with the land being sold to developers. However, the Tower requires 80% approval from the capsule owners before this can be done, and many others think there’s life in Nakagin yet.

Masato Abe has founded the Save Nakagin Capsule Tower Project, an undertaking aimed to preserve the building. "We're going to collect donations from all over the world,” he explained. “We're trying to buy each capsule one by one. Each room counts as one vote, to decide what to do.”

The towers advocates highlight the building’s beautifully space-age design features, as well as its central location and relatively low rents; visitors to Tokyo can stay in a capsule here via Airbnb for just £52 or $83 per night. 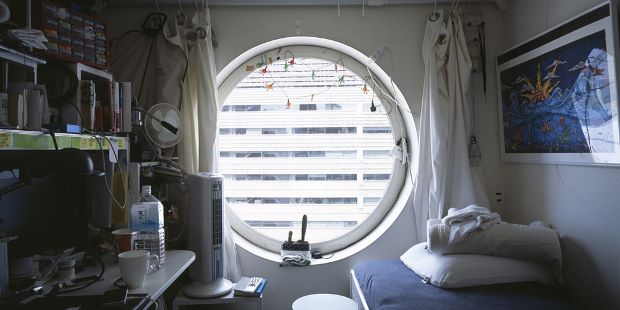 A room in Nakagin Capsule Tower. Photo by Noritaka Minami

While Abe’s plans might not be in keeping with the original spirit of the tower, it certainly seems preferable to demolition; the block’s champions are in talks with Kurokawa's practice, with a view to rennovating the old block. Let’s hope nobody gets around to ‘metabolising’ Nakagin any time soon.

For more on the architecture practice involved, take a look at Kisho Kurokawa’s page in the Phaidon Atlas, our peerless architecture resource. You can sign up for a trial here. And if you're headed for Tokyo anytime soon read our Insider's Guide here and download our Wallpaper City* Guide app here.