Is it a stadium? Is it a swimming pool? No it's a mixed use surf park having an identity crisis!

'It’s not a crazy, billion dollar project, it’s feasible and we could get it going as soon as footy finishes' say MJA Studio

A 'bold' concept in Western Australia just caught our attention. The proposal is to turn a football stadium in the city of Subiaco, Perth, into a mixed-use complex with an artificial surf beach as the centrepiece.

Local architects MJA Studio have teamed up with Wave Park Group to transform Subiaco Oval – the highest capacity stadium in Western Australia and one of the country’s main stadiums – into what they call an inclusive urban landmark. 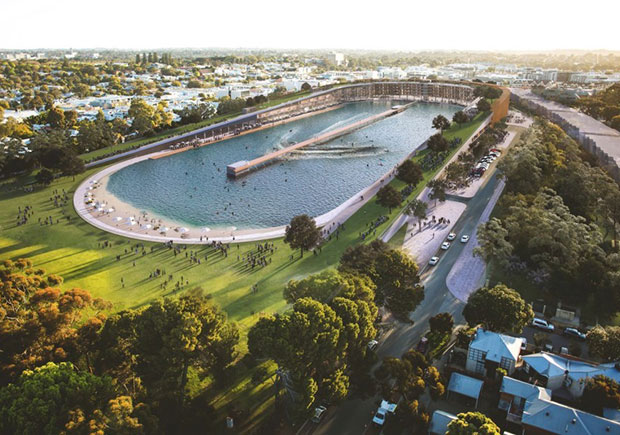 This would be a place where “residents and guests experience life changing moments, have clean fun, get fit and feel connected through a shared passion or respect for each other and the planet”, say the architects (which sounds like a slightly up itself way to describe a wave pool but, we have to admit, it does look like a lot of fun).

The vision is that Subi Surf Park would deliver “the highest-quality man made waves on the planet”. It would comprise a 300m-long, 120m-wide fresh water lagoon whose wave-generating technology would create 2m-high waves that can travel 200m, for 30-second rides. 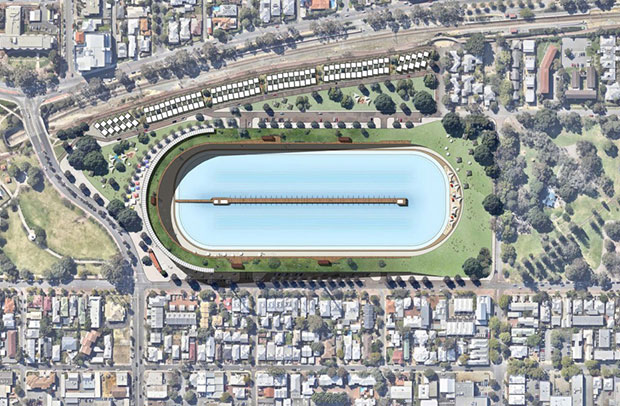 The mixed-use element would include a market hall and plaza, hospitality and wellness venues, up to 200 dual-aspect apartments, a permanent home for the West Australian Football Hall of Fame, and a new elevated parkland.

“It’s not a crazy, billion dollar project, it’s feasible and something we could get going as soon as footy finishes if we have support from government,” says MJA Studio’s James Thompson of the Aus $120m scheme.

Subi Surf Park isn’t the only concept to come out of a local ideas competition to transform the Perth landmark. JCY Architects and Urban Designers suggest turning it into Perth’s answer to Silicon Valley, with a campus for education and innovation. 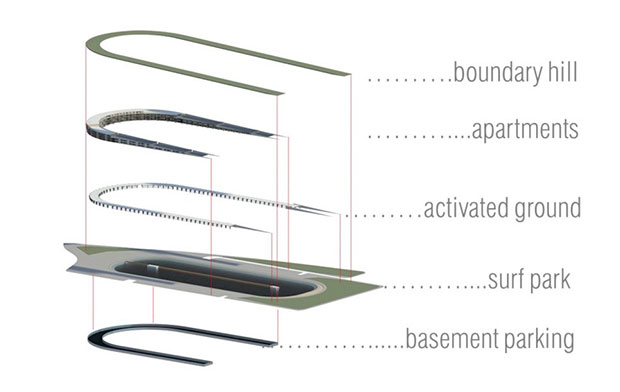 In the meantime, Subiaco Oval’s time is running out as an Australian Rules football venue. A new stadium by architects Hassell, Cox and HKS will open in 2018.

More interesting and innovative architecture can be found in the pages of our wonderful architecture books which you'll find here.