The Israeli Pavilion draws lines in the sand

Nowhere is town planning more controversial than in Israel. The division and development of land in the Levant makes planning disputes elsewhere in the world seem comparitively insignificant. Now, the high hopes of 20th century Israeli town planners, and the difficulties present on the ground are the subject of the country's contribution to the 2014 Venice Biennale.

The show in the Israeli Pavilion is called The Urburb: Patterns of Contemporary Living, a neologism, its curators Ori Scialom, Roy Brand, Keren Yeala-Golan say that has been coined to describe the country's urban sprawl - one that feels neither truly urban nor suburban. The problem dates from the early 1950s, when the Israeli state, responding to a growing demand for buildings from fresh waves of immigration, and a thin strip of urbanisation, mainly along the country's coast, attempted to plan and build a series of new towns in the country's interior. 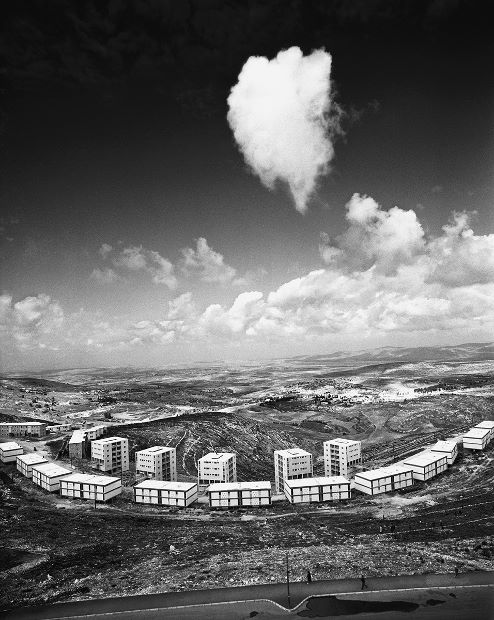 The scheme, drawn up by the Bauhaus-trained Israeli architect, Arieh Sharon wasn't wholly successful, yet the beginnings of this urban sprawl dates from these plans. To capture both the ambition, and perhaps also the folly, of these plans the pavilion curators have installed four low-level sand sculpting robots, or 'sand printers', each of which etches a map of the country and the plans for these cities onto a layer of sand on the pavilion floor.

The plans, which are swept clean after each iteration, only to be etched once more, are accompanied by a video and a little text to explain this all, but otherwise this simple, effective display is presented in a relatively unadorned manner; the curators hope the show is more a comment on great world views, rather than offering a singular world view in itself. 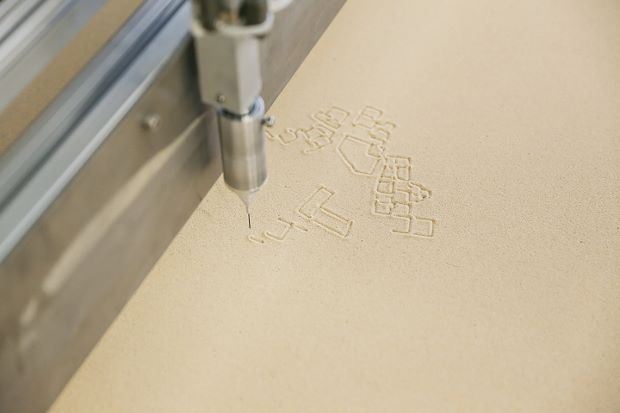 The sand printer at the Israel Pavilion

“As quickly as the various schemes are etched into the sand,” they write, “so are they wiped away, emphasizing how these generic pattern-oriented plans are “printed” from above in compliance with changing ideologies and master plans."

The pavilion has proved to be the big hit at this year's biennale. For more take a look here. Architects can find out more about building projects around the world via our Online Atlas. Meanwhile, for more on contemporary building, please take a look at The Phaidon Atlas of 21st Century Architecture and the Phaidon Architecture Travel Guide App. And for a fresh view of the Holy Land, take a look at Stephen Shore's From Galilee to the Negev which you can pre-order here.