The Tehran house that turns with the seasons

In response to the Iranian capital’s extreme climate, a local architect has created a house with rotating rooms

Tehran has what the weathermen call a continental climate. Miles from the ocean, and so untouched by the sea’s moderating influence, temperatures reach the high thirties in the summer and can drop to well below zero in the winter.

In response to this, the city’s architecture firm Nextoffice has designed Sharifi-ha House, a residential property with swiveling rooms. Of the building’s seven stories, three floors have facades that – depending on the season – are either a closed timber wall or are partly open and lean out over the street. 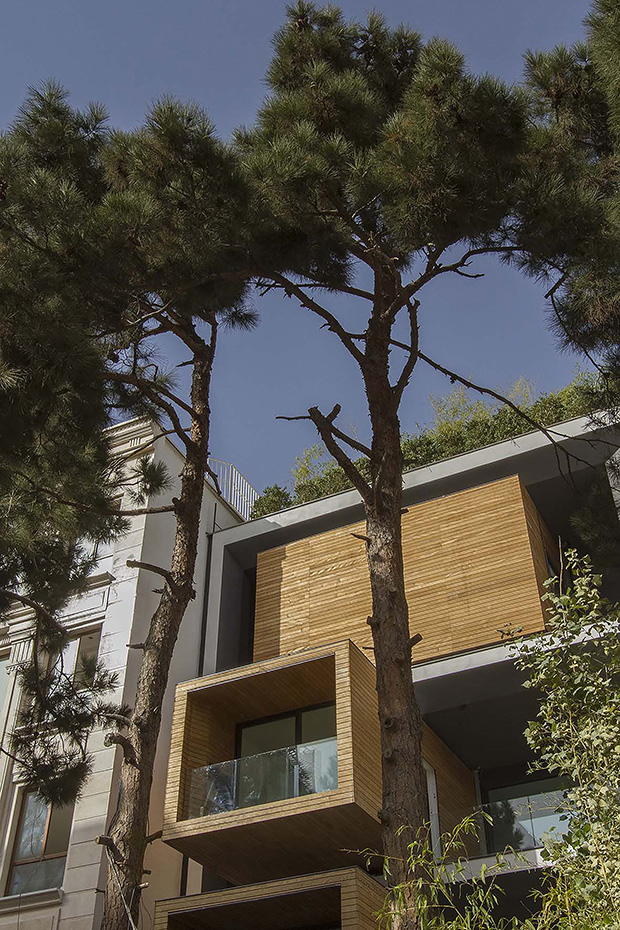 This transformation is achieved by the touch of a button, which swivels a timber pod ninety degrees, to present either side to the street. On the first floor, the pod houses a breakfast room, on the second it’s a guest room and above that is a home office.

“The openness and closure of the building is a reference to traditional Iranian houses, which offer both a winter and a summer living room,” explains Alireza Taghaboni, who founded Nextoffice in 2010.

The swiveling is achieved by sitting the pods on German-made motorised turntables - a system more common in theatre sets and motor shows than in residential design. As the pods turn, the handrails of the balustrades fold down and out of their way. In structural terms, Nextoffice rested all the main loads on the living rooms’ beams.

“Like many urban plots, this one had a noticeably narrow facade-width compared with its depth. Consequently, our expertise in transforming a two-dimensional facade to a three-dimensional one became indispensable,” says Taghaboni. 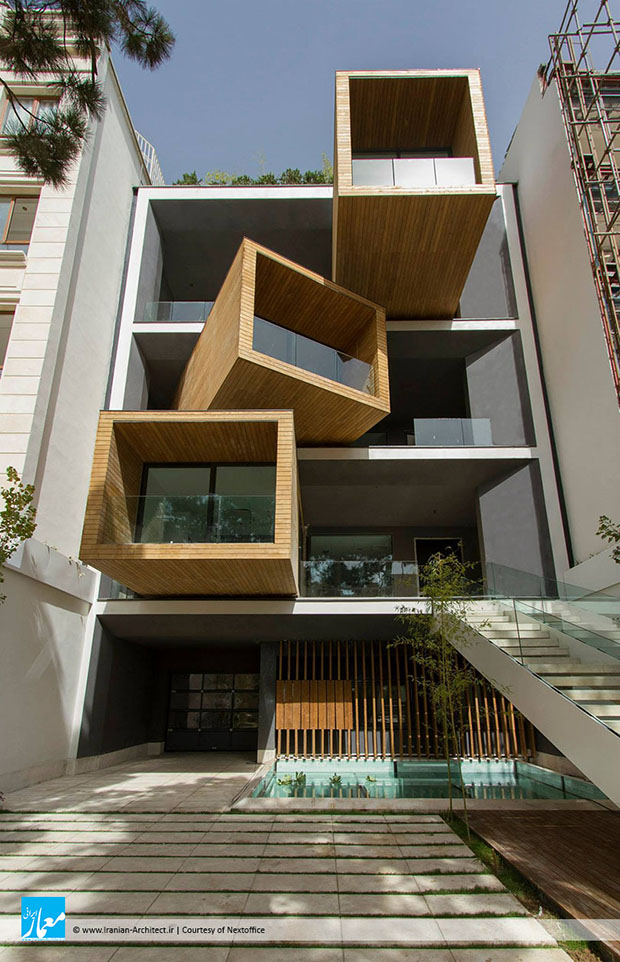 When the pods are closed during the cold winter months, the house still receives daylight from the big windows in a separate block behind, which is connected to the front block via bridges. Nextoffice says, “uncertainty and flexibility lie at the heart of this project’s design concept.” It’s certainly a good way to cut down on the air-con bill. For more on this go here; for greater insight into the world’s most innovative architectural techniques, sign up for a trial of the Phaidon Atlas, our peerless architectural resource.