How one Korean artist invited the outside in

Up until recently, the Korean artist Young Jeong had been working out of his family apartment in Seoul. When the time came for him to have a studio of his own, he commissioned a live-work space just outside the capital where he would spend the week alone.

He had big ideas but a small budget, and his chosen architects worked their socks off to fulfil his dream. The Seoul practice, Architecture of Novel Differentiation (AND), were known for pushing the boundaries and managed to do this for the artist with some efficient use of plywood and concrete. The building's site is in old wooded agricultural land less than an hour from the city. 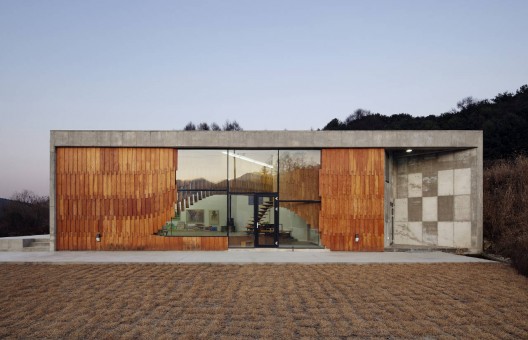 Jeong's work often considers man's place within nature, and so the artist felt it was important to have a sense of continuation between the interior and exterior, so that he could, in some sense, bring the outside in.

AND's 1000sq-ft painting studio is formed of cast-concrete with a façade clad in plywood 'scales'. The entrance is glazed, showing off the double-height workspace and dramatic staircase, which leads to the simple living quarters. Called Skinspace, it's a far cry from many of the conventional suburban houses which dot the landscape. Let's hope the rest of the world's new home builders show as much foresight and consideration. 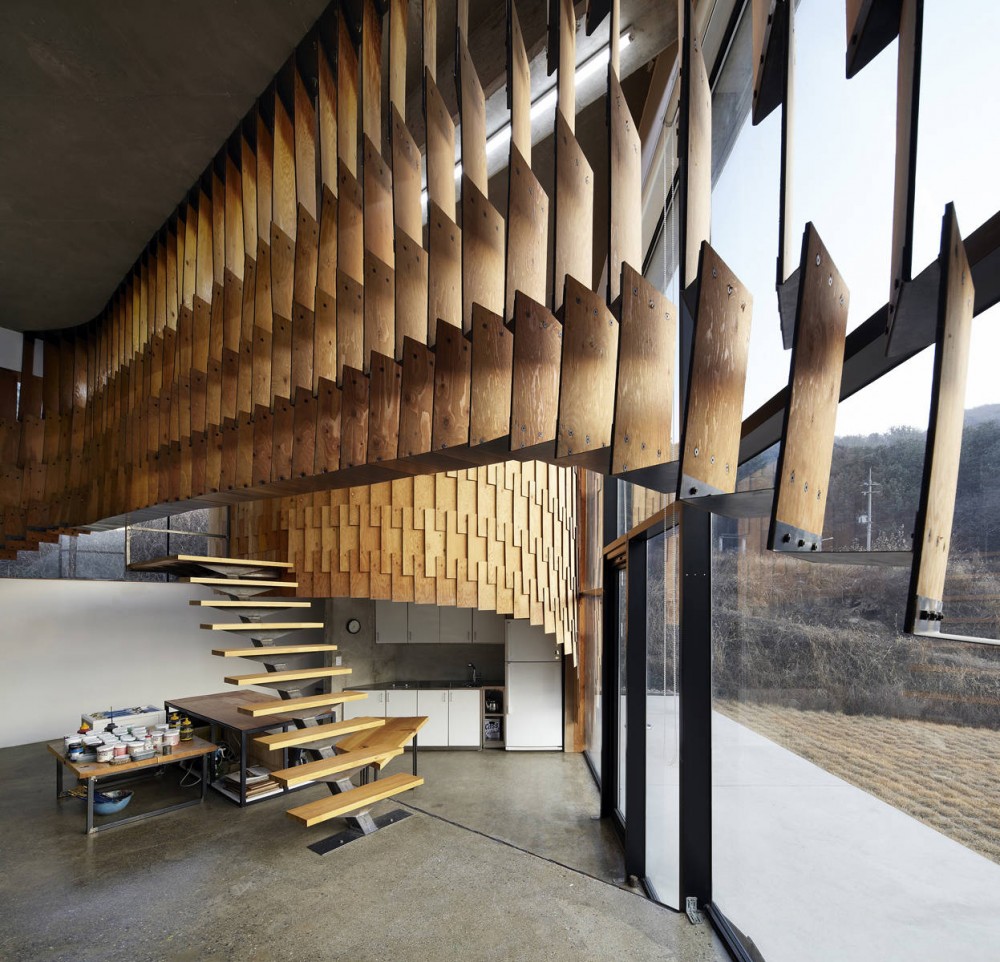 For more on tomorrow's building trends, and for added inspiration for anyone keen to follow Jeong's example, take a look at our Atlas of 21st Century World Architecture.