Google is to ditch its conventional suburban office buildings in Silicon Valley in favour of some mobile blocks. The designs of the internet giant’s new headquarters, the North Bayshore campus proposal, are the combined efforts of up-and-coming Danish starchitect Bjarke Ingels Group and British designer Thomas Heatherwick.

With a combined age of just 85, Google has opted for a considerably younger pairing than its high-tech Californian neighbours. Apple has employed Norman Foster and Facebook is working with Frank Gehry - 79 and 86 respectively. 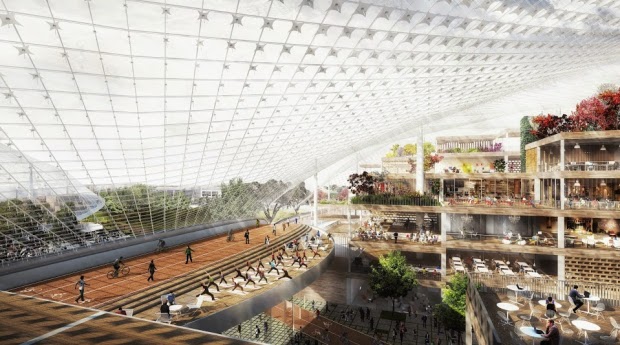 The translucent canopies will be draped on columns over the top of some more solid buildings. “With trees, landscaping, cafés, and bike paths weaving through these structures, we aim to blur the distinction between our buildings and nature,” says Radcliffe. To create some of this space, parking will be subterranean. 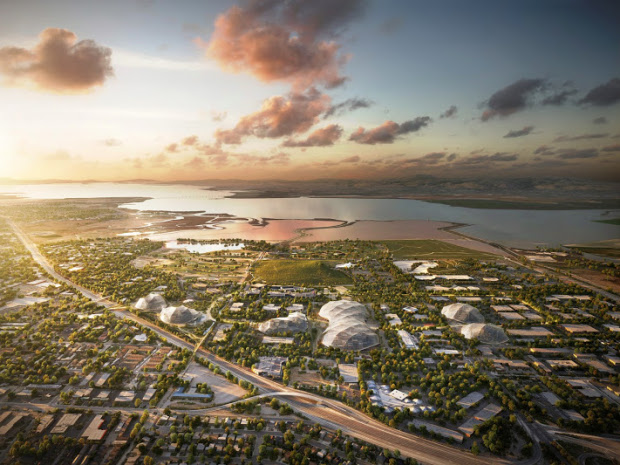 Radcliffe explains his reasoning behind the joint commission: “The BIG studios, they're ambitious. They do a lot of very community-focused projects. Thomas on the other hand has this attention to human scale and beauty that I haven't seen in anyone before. You bring those two people together: someone who really thinks about function and form, and you couple that with beauty," he said. It’s unclear how the two studios are dividing the workload. Now it is up to the City Council to approve this proposal.

For a greater understanding of the firms behind this bold plan, take a look at BIG's page and Heatherwick Studio's page on the Phaidon Atlas, our peerless architectural resource. Sign up for a free trial here.