Wolfgang Tschapller ZT GmbH has won the competition to overhaul the University of Applied Arts in Vienna with an unusual structure featuring staircases that climb a facade topped by two huge balloons.

Tschapller studied architecture at the university as a student so the win is doubly resonant. The plan calls for the destruction of a building that currently links two buildings, allowing the architect the space to place the staircases and elevators of the main university building on the outside of the building behind a wave of glass. Doing so, he says, will result in a larger floor plan. The two pneumatic balloons are temporary in nature and “will indicate and signal special occasions at the Angewandte to the surrounding city," according to the architect. "Raised transparent balloons means a special day, like flags on a building,” he says. 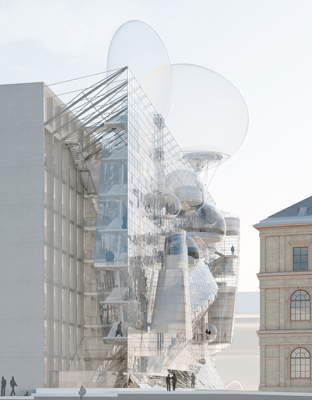 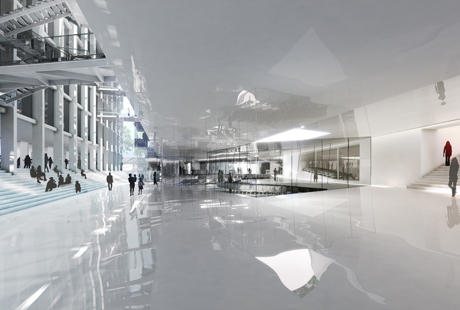