Amanda Levete puts on a show in Lisbon

However, the fact remains that in the same year of Souto de Moura’s accolade, many young architects fled the cash-strapped country in search of richer pickings. Many ended up in Brazil, Angola and the UAE. 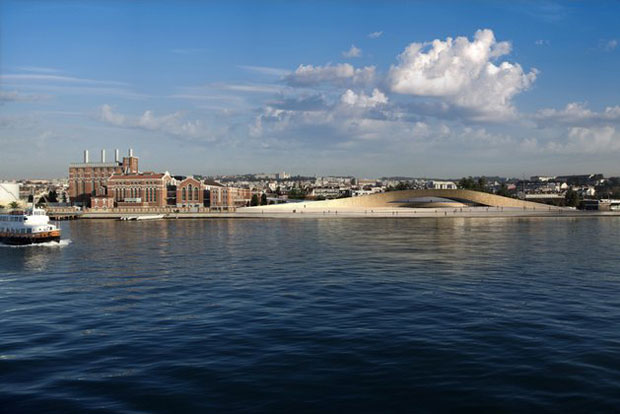 Portugal may still be in the economic doldrums, but there are glimmers of light on the building front. For indigenous architects, the spirit on the ground is one of entrepreneurship and self-initiated experimentation.

These small projects are now coinciding with a handful of bigger-scale schemes from the internationals. Hence Amanda Levete’s stunning pavilion for the waterfront, a shimmering, curving affair with steps down into the tidal estuary.

It’s called the EDP Foundation Cultural Centre, named after the energy company that commissioned it. The building, which is due to be ready next year, will be a key venue for the next Lisbon Architecture Triennale. By our calculation, that will be in 2016, as the current event has just kicked off. Incidentally you can read an interview with the current curator Beatrice Galilee here.

Levete’s scheme has a gently sloping roof that starts on the ground, so that visitors will be able to walk not just in and around the building but over it. The sense of continuity will be aided by the paving stones which will clad the roof. 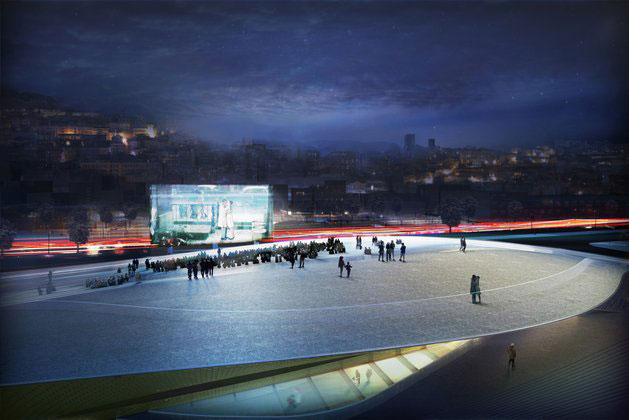 This commission is part of Lisbon’s long-standing attempts to revive the banks of the River Tagus. These efforts started in earnest some years ago, in advance of Lisbon Expo ’98, when 50 hectares of Lisbon’s east end along the river were developed from scratch. Of course, grandiose schemes were easier to get off the ground back then, as EU funds were in plentiful supply.

Meanwhile, if you're planning a visit to an architectural destination in the near future make sure you download a copy of our great new Phaidon Architecture Travel Guide App before you do. 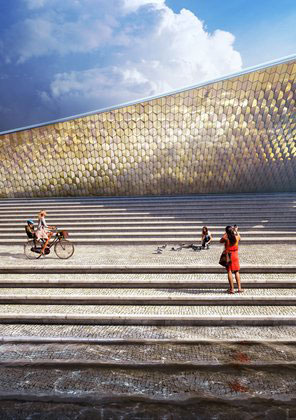