A troika of world-renowned practices are up against two local firms and a rank outsider in a contest to rethink a Melbourne landmark. The building in question is the 19th century Flinders Street railway station. And the contestants are Zaha Hadid, Herzog & de Meuron, Grimshaw, who are up against home-grown firms NH Architecture, and Ashton Raggatt McDougall - known as ARM Architecture. The sixth entrant is something of a surprise: Colombians Eduardo Velasquez + Manuel Pineda + Santiago Medina recently graduated from the University of Melbourne, and Velasquez’s thesis was on the station. 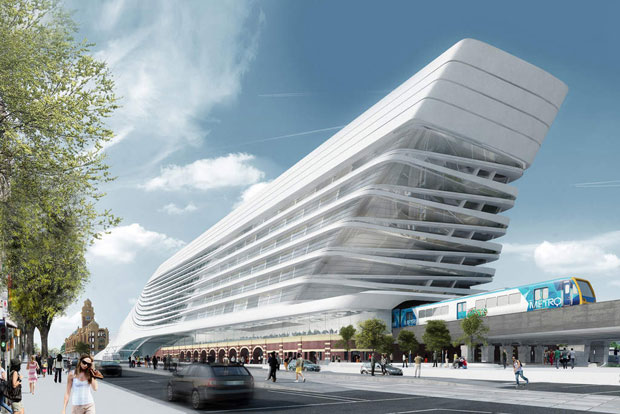 Howerver, to suggest that the competition is split between internationals and nationals is disingenuous, as each overseas firm has paired up with a well-regarded Australian counterpart. As a consequence Hassell, BVN Architecture and John Wardle Architects are also involved. 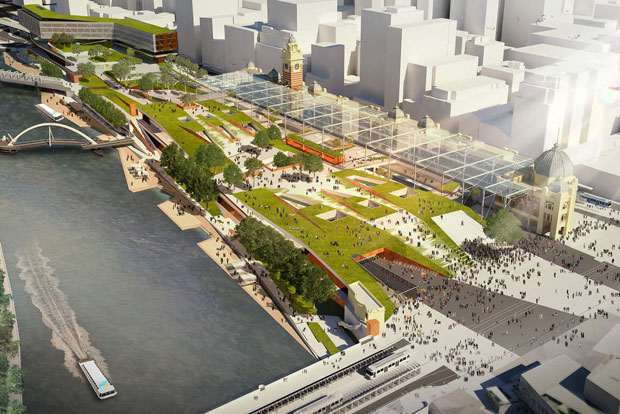 Enough hair splitting, what’s really interesting is the very different solutions being proposed. The graduates offer up an ‘urban forest’ on the roof; NH Architecture adds the Melbourne Room in the centre of the station as a new public venue; ARM puts a new school in it. The household names come up with some signature stuff: Zaha’s has a soft-edged prow; Herzog & de Meuron suggest a barrel-vaulted roof; and from Grimshaw there’s a succession of bridges, underpasses, vaults and green space. 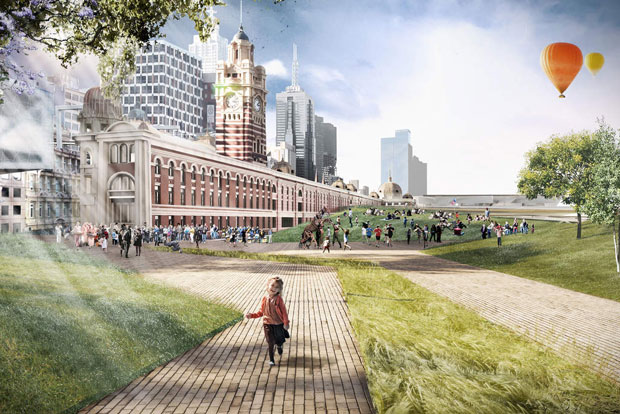 All promise to maintain the site’s heritage (meaning its historic façade, dome and clock tower) while making the city’s busiest station more workable. It’s nail-biting stuff for all on the shortlist, until this Thursday (8 August) when the winner will be announced. 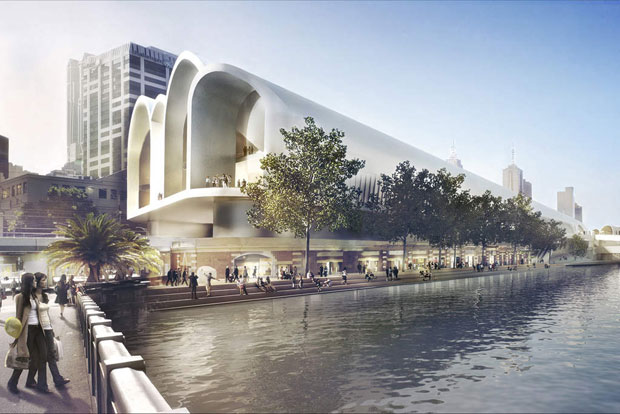