Cork-clad hotel in Portugal is a first

Pity the Portuguese. Not only is their economy up the creek, but one of their long-standing industries has been taking a knocking. With all those screw tops and plastic bottle caps, the cork farmers have been scratching their heads for alternative uses.

In PR terms, their cause has been given something of a boost with the opening of what’s being dubbed the world’s first hotel to be clad in cork. Ecork Hotel sits on cork and olive farmland five minutes from the ancient town of Evora – a UNESCO World Heritage site - in the cork-famous region of Alentejo.

It’s been built to the design of architect José Carlos Cruz, who set up his practice in Porto a decade ago. Actually, only the public areas are in cork, while the hotel’s 56 suites flank the main building as stand-alone white-washed chalets.

Cruz explains the layout: “the general plan is inspired by the medieval villages of Alentejo, where it was common to find a main complex or castle, and several white buildings around it.” 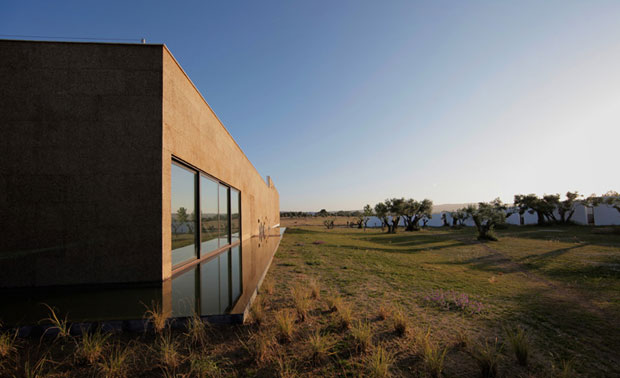 Cruz’s scheme comprises a two-storey block with very few apertures, so that the cork façade is almost uninterrupted. Inside are the spa, health club, gym, restaurant, bar and conference rooms, The first floor is open to the elements and houses a great long pool.

The hotelier explains the benefits of all that cork: “Using cork in the exterior part of the building works as a thermic and acoustic isolator and allows for an exceptional energetic efficiency as well as a natural touch to the building itself.” 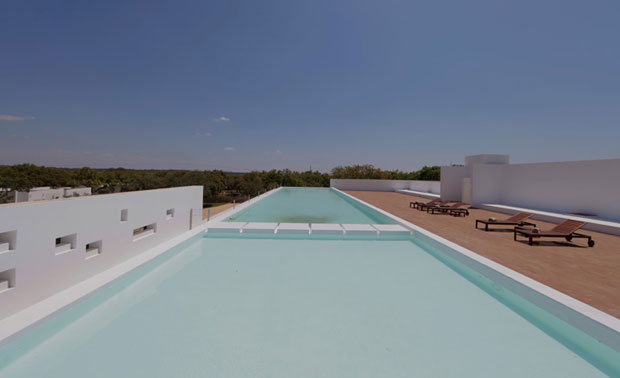 Despite (or perhaps because of) its four-star status the aesthetic would make a monastery look flamboyant. This is bound to attract design-savvy Lisbonites, for whom Ecork is just an hour’s drive away.  For greater insight into architecture around the world take a look at The Phaidon Architecture Travel Guide App, the essential tool for professionals or indeed any traveller who wants to discover contemporary architecture in detail while abroad.