It can sometimes feel as if all new art museums in the world are being created by Dame Zaha Hadid’s studio - the Eli & Edythe Broad Art Museum in Michigan, Rome’s MAXXI_National Museum of the XXI Century Arts, Chengdu Contemporary Art Centre, the Guggenheim Hermitage Museum in Vilnius being just a recent few that spring to mind.

But that's not actually the case. In Ohio, they’ve opted for another Middle Eastern-born, London-based female architect. Farshid Moussavi, whose birthplace is Iran, was a co-founder of the now defunct but much admired Foreign Office Architects. Since last year she’s operated as Farshid Moussavi Architecture or FMA.

The Museum of Contemporary Art Cleveland has relocated from the loft of an old playhouse building to a shiny new, six-sided, four-doored home, covered in mirrored black stainless steel. It may be difficult to tell from the outside, but Moussavi has designed four storeys within, each of them reached by pure white staircases. Many of the interior walls are a deep-sea blue. The loftiest exhibition space gets the blue treatment on both its walls and ceiling, intended as an alternative to the standard ‘white-cube’ aesthetic of many a contemporary art space. As the architects put it: “In the main gallery on the top floor, the blue surface will rise to form a deep blue ceiling, evoking the sky or a sense of boundlessness in contrast to the traditional idea of the gallery as a white, sealed, cube.”

For the citizens of Cleveland, this will be a startling new structure on a brand new square – the work of landscape architects James Corner Field Operations, designers of New York's High Line and the upcoming London Olympic Park development. The museum is just one part of a transformation of the emerging uptown district of Cleveland’s University Circle neighbourhood. 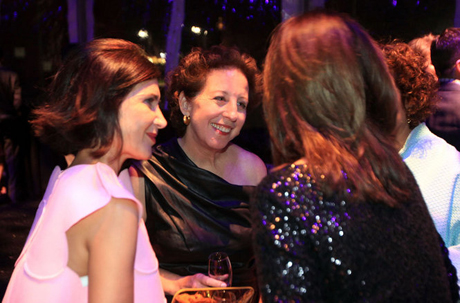