No strangers when it comes to throwing caution to the wind, Rem Koolhaas and OMA's latest project the Euro Performing Arts Centre in Taipei is a theatre complex with a difference. Three, to be exact.

Believing that there has been "little innovation in theatre spaces" and that “there is no excuse for contemporary stagnation”, OMA (Office for Metropolitan Architecture)  have configured the new 50,000m-sq building as three theatres, which “plug into a central cube”.

The idea is that the three stages can be changed and even merged, depending on theatrical need, while the cube is off ground level to make space for a public square. An animated cube clad in corrugated glass consolidates the backstage and support areas “into a single and efficient whole”. All three are clad in huge aluminium panels. 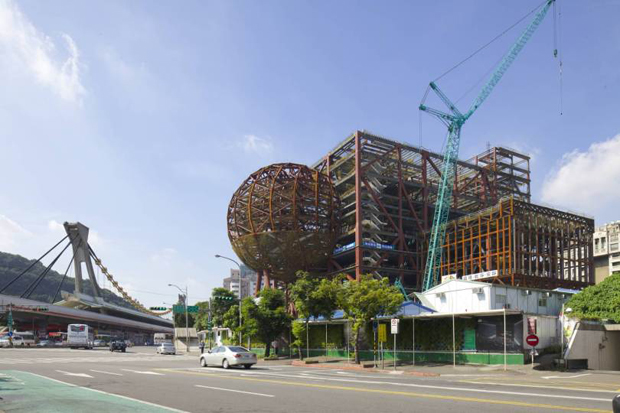 The bigger Grand Theatre and Multiform Theatre can even be joined to form a 100m-long Super Theatre for really large-scale experimental happenings.

So rather than audiences sitting in front of all the action, the three theatres (one with 1500 seats and two with 800 seats each) have a number of ‘faces’, as their auditoria “protrude outward and float above this dense and vibrant part of the city”. The vibrancy emanates from the bustling Shilin night market and the Jiantan MRT station, with its iconic dragon form. 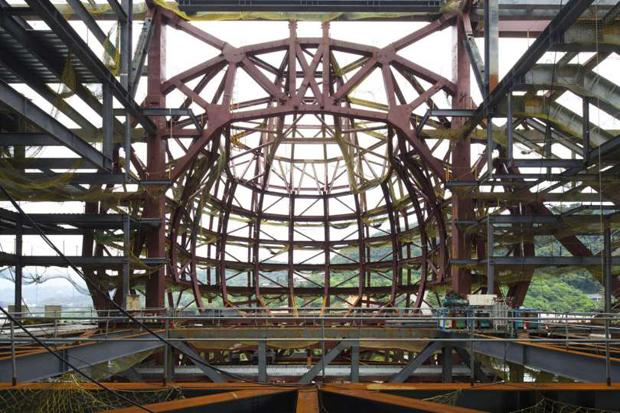 But it’s not only visitors with theatre tickets who will be welcome at the TPAC. Koolhaas and his team have included a so-called Public Loop, a pathway through the infrastructure of the theatre including those usually off-limits areas like production.

With cladding due to be fixed next month, OMA are expecting to complete the 63m-high centre next year, six years after they won the project. 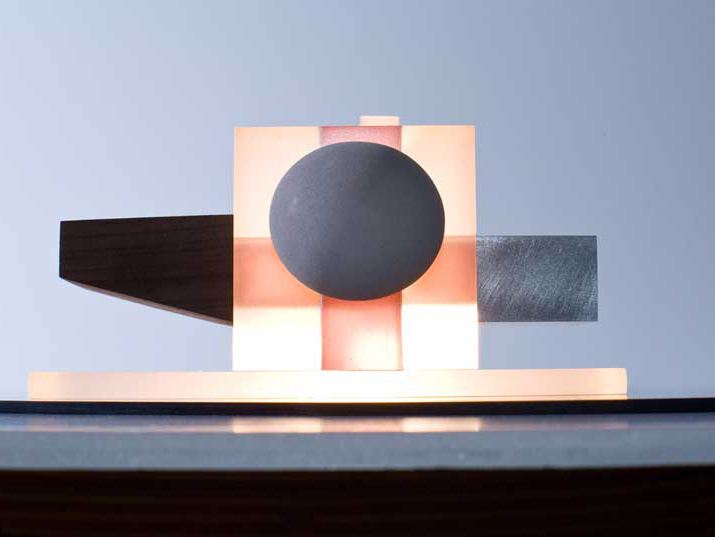 If you're a fan of OMA's work you may like to check out their practice page in the online Phaidon Atlas which features no less than 17 of their most innovative buildings. The Phaidon Atlas is a great way to gain a greater understanding of the themes and movements going on in contemporary architecture featuring the best projects from around the world. You can sign up for a free Atlas trial here. And our Taipei Wallpaper* City Guide features some other  examples of incredible architecture including the Hung Kuo Building by CY Lee and Partners and Tsai-Jen-hui's steel tree clad University of Technology. You can download it here.