It may not be everyone’s cup of tea as an art-form, but the edifices that accommodate opera are generally splendid. And that’s particularly true of the latest clutch of  buildings. Think of Zaha Hadid’s Guangzhou Opera House in China, and her sand dune plan for a new opera house and cultural centre for an island off Dubai. Then there’s Snøhetta’s opera house in its hometown of Oslo. Exactly a decade after that one opened for business, the Norwegians will be watching the curtain raise on its latest opera house, this time on the other side of the world in Busan, on the south-eastern tip of South Korea.

The practice has serious aspirations for their building, and for opera as a whole, it seems: “The opera house can become the most essential cultural expression that we have in our developed urban societies,” it stated in its competition entry notes. So rather than being the ultimate cultural hang-out for a nation’s elite, it should nowadays be “interactive, democratic, giving as much as it takes, responding to our ambitions and expectations”. This may please the 3.6m citizens of Busan – country’s second biggest city. The Busan building will be a seaside affair, and will share some of the aesthetic of its predecessor in Oslo, including a slanted roof that extends down to the ground to allow visitors to climb to a marble-panelled rooftop area with a view of the surrounding mountains.

Hoewever, its form belies the fact that the Busan Opera House will hold six floors – if you count the marble-floored roof level, where the Fly Tower restaurant will be located. But for visitors, all the action will happen on the ground floor. The architects say that: “This level is the location for the main front of house foyer, restaurant and public entrance to the parterre. The foyer space wraps around two sides of the building towards the sea, and is entered either from the city side drop off, park-side or from the seaside board walk.” 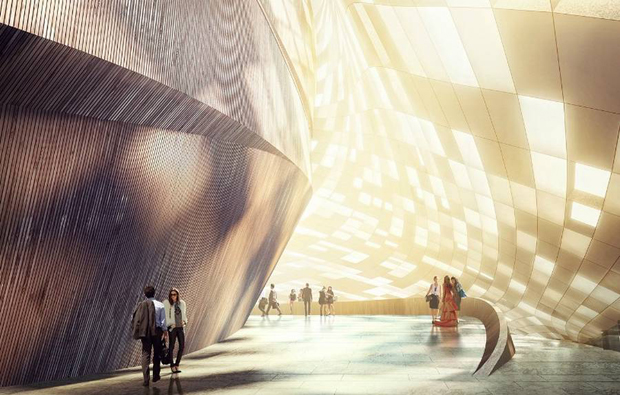 The burghers of Busan hope that their new venue will be a draw for cultural visitors beyond the city limits. “The building will be designed to stand as a landmark symbolising Busan′s rise as a world-class tourism centre”,  the competition information stated. With Snøhetta’s world-class design, it might just pull that off. We're off to reacquaint ourselves with Schoenberg's Erwatung right now in expectation . . . 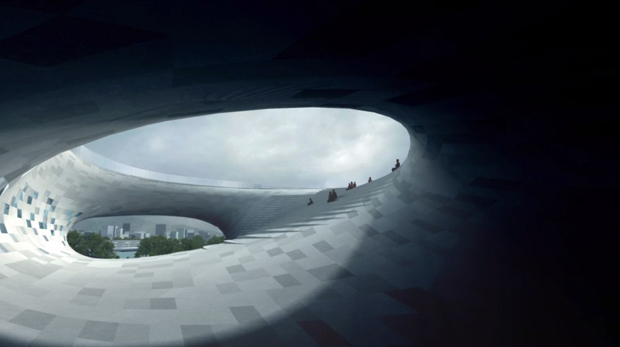