Could this propeller-shaped airport get airborne?

For the moment, air travellers to and from Niger in West Africa are best served by Diori Hamani International Airport. Standing in an eastern suburb of the capital, Niamey, the republic’s busiest airport has around 100,000 passengers a year.

However, a new airport designed by a Thai architecture practice would change that very dramatically. Their ambitious and very modern-looking concept – a real contrast to the existing brown brick terminals – would have capacity for 5m passengers. 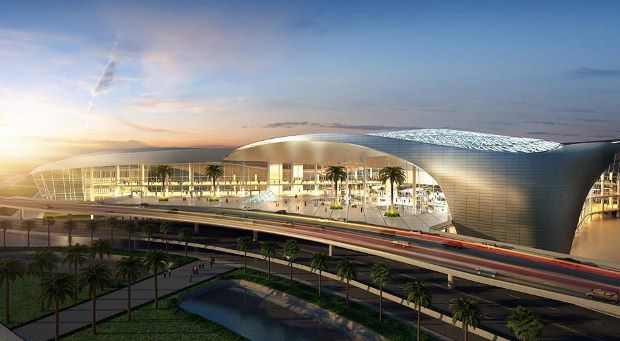 How Niger would attract all these extra flyers is unclear, but getting out of the landlocked sub-Saharan country by land involves a journey through one of its eight immediate neighbours: Nigeria, Benin, Burkina Faso, Mali, Algeria, Libya and Chad. Which means Niger International Airport could help to put Niger on the map.

The Bangkok-based firm nARCHITECTS, have imagined Niger International Airport as a 120,000sq-m hub for both international and domestic flights, with 16 contact stands and six remote stands, glass ceiling heights of 35m, and even an indoor park.

The three-pronged shape of the building is based on a plane’s propeller, say the team, with contact stands positioned along two of its ‘blades’, and the third housing the terminal.

“The modern propeller-shaped international airport of the Republic of Niger is the piece of architecture to remain in the memory of visitors forever,” believe the architects.

They clearly have confidence in their sleek and modern creation, though a commissioning client is as yet unmentioned. Could the design take off? Perhaps. For more, go here.

For greater insight into contemporary building projects around the world, take a look at our brilliant new online entity, The Phaidon Atlas. You can check out nARCHITECTS' practice page featuring many of their projects here and sign up for a free trial here.