Is this the world's greenest building?

Plenty of buildings are laying claim to super-green credentials, such as the Bosch Siemens Inspiration House, in the Netherlands, which aims to produce no waste at all. However, the new headquarters for Japan's construction giant Shimizu, in Tokyo, describes itself as the greenest block on the globe. Shimizu says the building emits 38kg/m2 of C02, or 62% less than the average Tokyo block. It has many straightforward features, such as photovoltaic solar energy cells, which are used to generate the power for all the building's daytime lighting needs; and low-energy, LED lights are also fitted throughout its floors. However, among its more ambitious innovations are a water cooling network, which run throughout the building's interior and exterior, serving as a low-impact air conditioning system, as well as automatically controlled blinds, allowing just the right angle of sunlight into the offices. 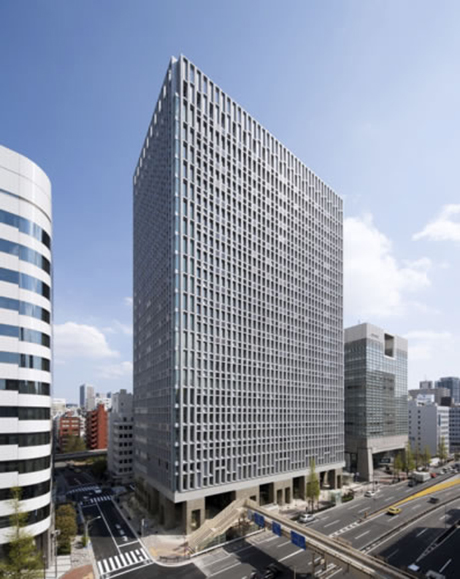 Despite all this, Shimizu feels it can do better, and by the end of 2012, the corporation hopes to cut the block's emissions by a further 2%. Ambitious? Perhaps, yet the firm, one of the world's largest building contractors in the world, has a habit of thinking big. It's "Rongo to Soroban" mission promotes a balance between ethical humanism and economic gain. Aside from its existing skyscraper work, Shimizu also have a number of Dream Megaproject Concepts, which include a space hotel, a floating city, and a scheme for harnessing solar power by fitting the moon with a belt of generator panels, and transferring the energy back to earth via microwave transmissions and laser beams. The world's greenest tower block seems, by comparison, an ecological shoo-in.