The 40-year-old firm Eric Owen Moss Architects has a reputation for getting some pretty striking  structures built. A good number of these - including The Samitaur Tower, and the warehouse renovations, 3555 and Stealth - are on show in California’s Culver City, where the practice is based. 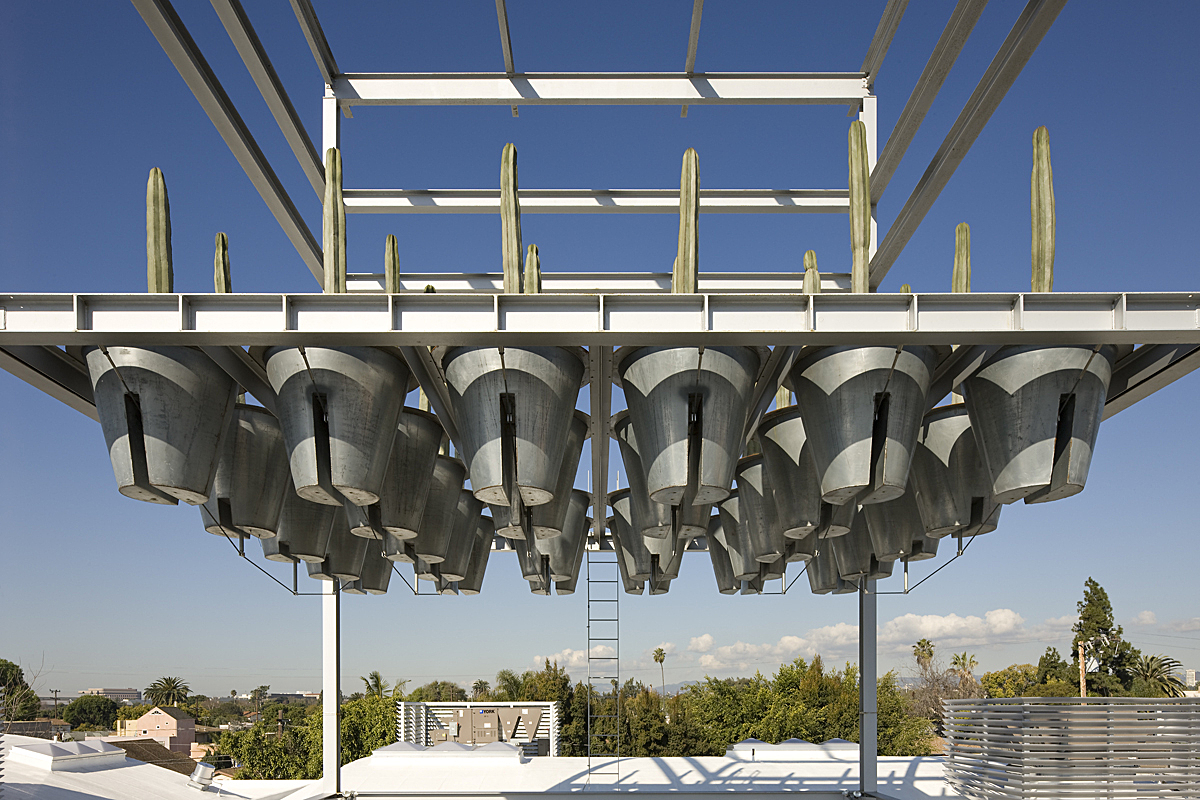 Indeed, the firm has gained quite a reputation for rejuvenating Culver City’s old industrial spaces. Recently, they oversaw the redevelopment of a 70-year-old old light industrial unit into a large, high-specification studio for the US media and graphics business, Foundation Content. While the studios are fine, the most memorable piece of building work stands just outside Foundation Content's new complex. The architects stripped back the metal cladding on an adjacent industrial press, set a lattice of 28 plant pots onto the remaining frame, and planted a Mexican fencepost cactus into each pot. Dubbing this The Cactus Tower, it serves as both a local landmark and an outdoor meeting area, with the overhead cacti keeping the heat off the employees. 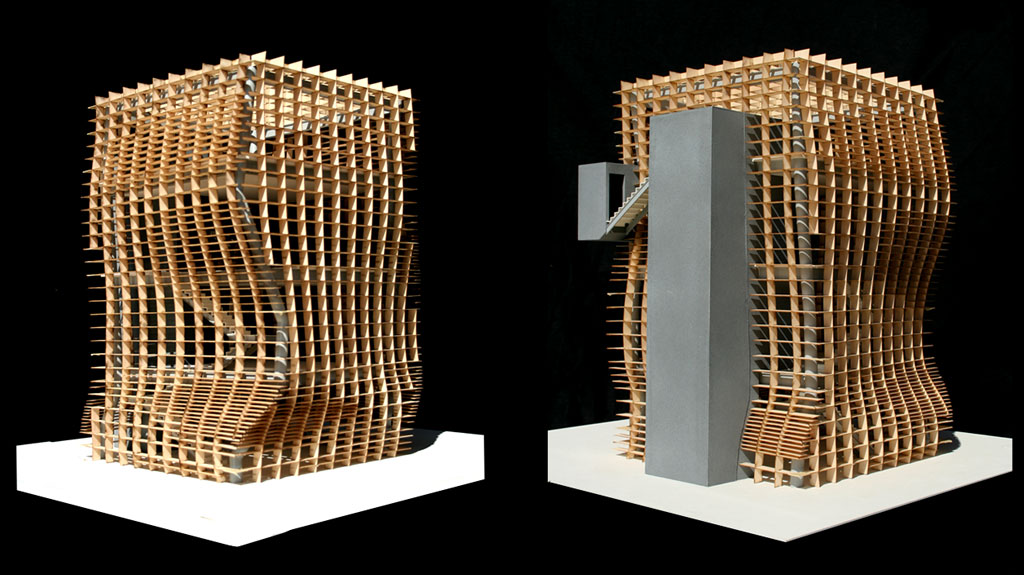 The Waffle by Eric Owen Moss

However, Eric Owen Moss are about to put The Cactus Tower in the shade, as they build a new  conference and meeting building on the same lot. This new, 55-ft, three storey structure takes the name The Waffle from its grid of vertical and horizontal steel louvres, which concertina together and apart, with the building's twists curves.

The Waffle is being built on the site of another light industrial unit and will house flexible and modern spaces, which can be used for meeting rooms, a gallery, or possibly a café. Though aesthetically these two constructions are quite different - as Eric Owen puts it, “one tower is traditionally vertical. The other ‘slumps’” - they both demonstrate how old American factory spaces can be reworked to fit the needs of the new economy. 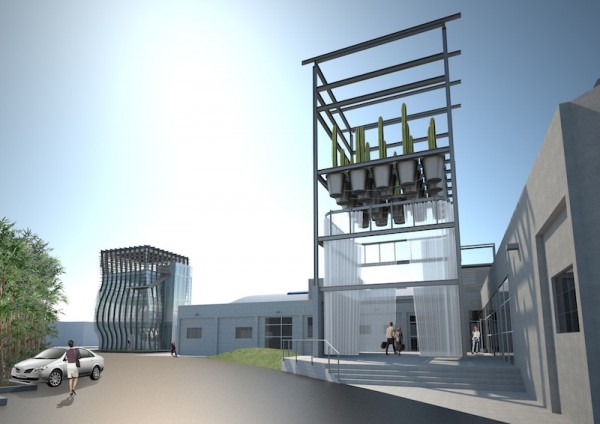 The Cactus Tower and The Waffle by Eric Owen Moss

To find out more, visit Eric Owen Moss' site, and for more on how we're building today, take a look at our Atlas of 21st Century World Architecture, which details over 1000 amazing buildings constructed since 2000.