When the Georgian President, Mikheil Saakashvili, announced last year plans to found a new city on a marshy strip of the Black Sea coast, many international commentators raised doubts as to the veracity of the scheme. Would the land around this new Dubai-style trade hub, dubbed Lazika, withstand the deep foundations for skyscrapers? Where could Georgia, whose population is neither growing nor urbanizing, actually find enough people to fill this new city of one-and-a-half-million? 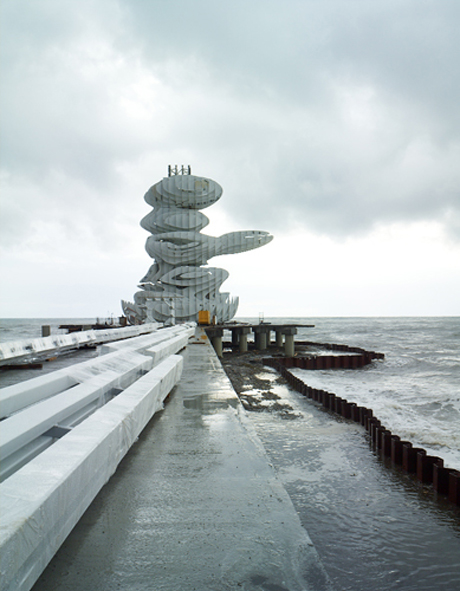 While these considerations still stand, the country's administration has at least proved willing to put down the steel and concrete. This month the visionary German architecture practice J Mayer H finished off its steel sculpture, which crowns the new city's 100-meter long pier. Better known for the Metropol Parasol in Seville, the practice was founded by Jürgen Mayer-Hermann, an architect and artist whose work resides in a number of international collections, including MoMA's. 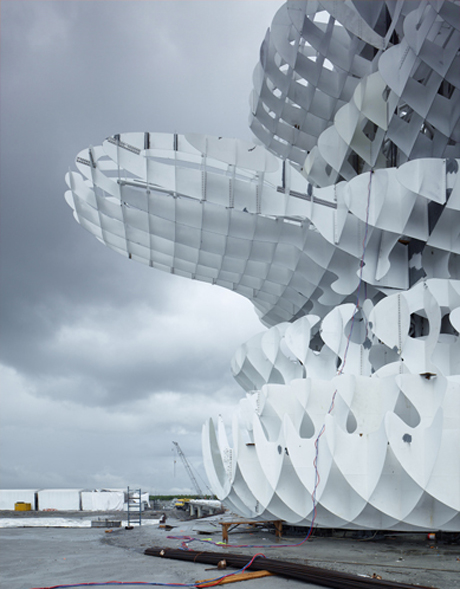 The sculpture, built from 8mm sheets of steel and lit from within, certainly serves as a beautiful statement of internationalist intent. Unfortunately, the new Georgian prime minister and art lover Bidzina Ivanishvili, has cast some doubts over the future of Lazika, so it remains to be seen whether this new sculpture will crown Georgia's second city, or become a beautiful folly, commemorating a port that never was. 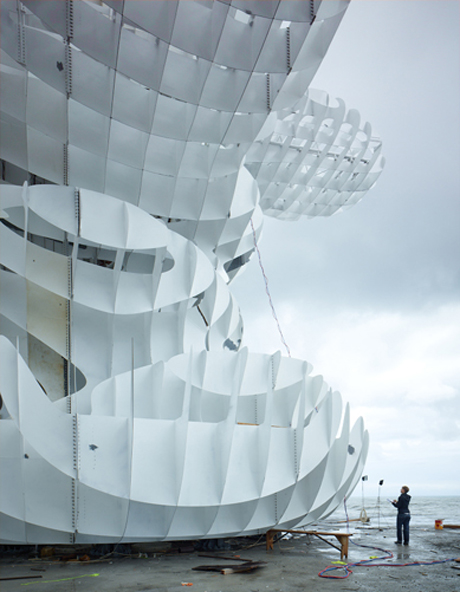