Great Ormond Street Hospital for Children in central London, presented architecture practices with a tough brief: how to pretty up a temporary design law. As the winning practice, Studio Weave explains, "The multi-phased redevelopment of Great Ormond Street Hospital, in London's Bloomsbury area, means that the recently completed Morgan Stanley Clinical Building and the 1930s Southwood Building currently sit very close together. The latter is due to be demolished in 15 years, but in the intervening period large windows in the west elevation of the MSCB look directly onto a pipe-ridden brickwork facade, with the gap between the two less than one metre in places."

Rather than smooth away the rough industrial edges, Studio Weave capitalised on the multitude of pipes and vents, re-imagining the space as a "Lullaby Factory", manufacturing and releasing gentle, beautiful lullabies to create a calming and uplifting environment for the young patients to recover in." 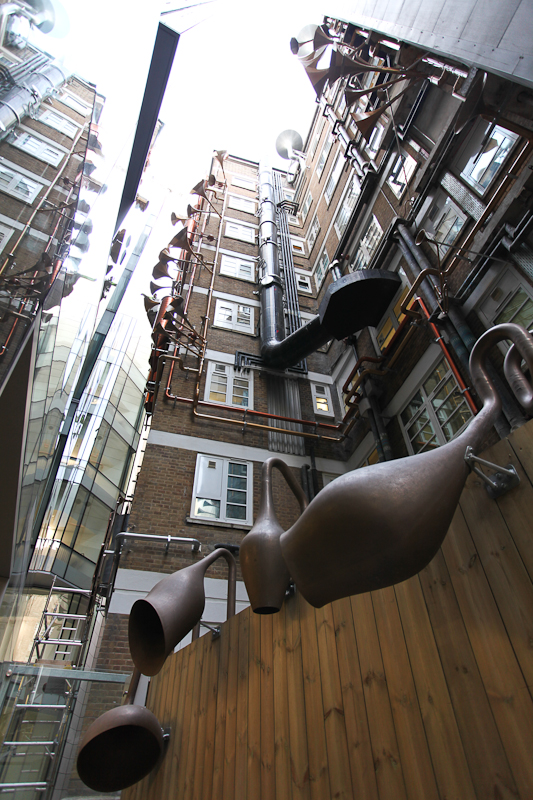 The Lullaby Factory by Studio Weave

The practice then conjured up a plethora of gramophone-style speaker horns, pipes, taps and gauges, incorporating pieces reclaimed from the hospital's old boiler house, which was being decommissioned at the time.

While the lullabies produced by this factory can't be heard blaring around the courtyard, Studio Weave have enabled patients and visitors to hear a specially commissioned lullaby by composer and sound artist Jessica Curry, either by tuning into the hospital's radio frequency, or by putting their ear to a few listening pipes. 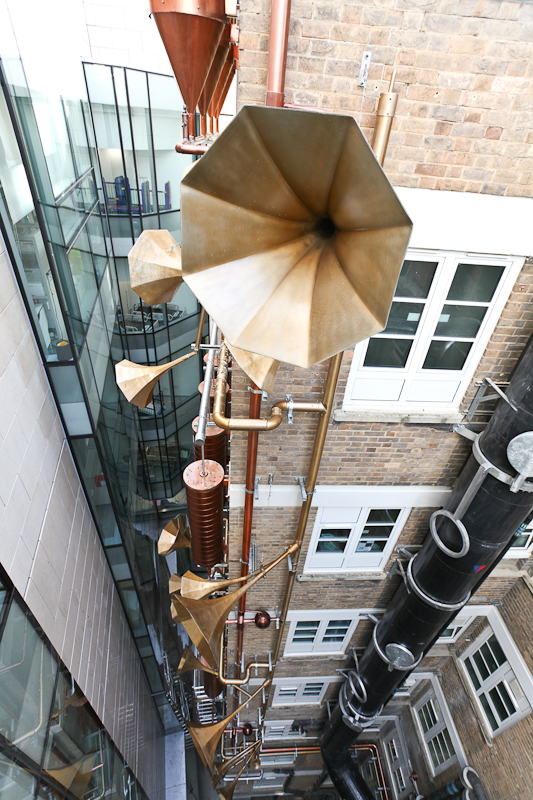 The Lullaby Factory by Studio Weave

Sound installations and children-friendly art aren't the easiest of things to pull off, let alone in a hospital setting, so we applaud Studio Weave's work, which strikes us as the kind of thing Roald Dahl and W Heath Robinson might have come up with, had they accepted the brief. For more intriguing examples of recent architectural solutions, take a look at our Atlas of 21st Century World Architecture. And for a child friendly introduction to the wonders of art check out The Art Book for Children.