Celebrated Argentine-American Cesar Pelli is known for his tall buildings, so there's no surprise that his latest scheme includes a massive skyscraper. However, there's more to the Transbay Transit Centre than high storeys. 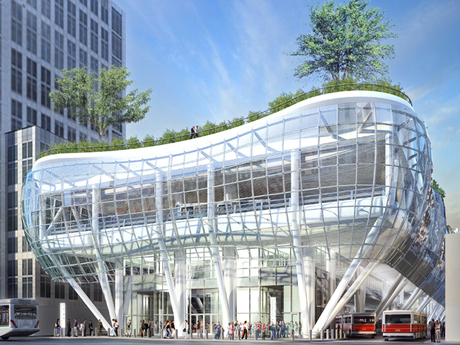 Designed "in spirit of New York's Grand Central Terminal and London's Victoria Station", yet filled with West Coast optimism, this vast 1.5msq ft transit hub has a 5.4-acre park on the rooftop, with cycle paths, an outdoor amphitheatre and pedestrian walkways. Inside, there will be three city blocks-worth of bus depots, rail tracks and other bits of transport infrastructure - 11 Bay Area transit systems in all. The plan, as always, is for all this development to be funded by Pelli Clarke Pelli's 1000ft office block, which will become the city's tallest tower. 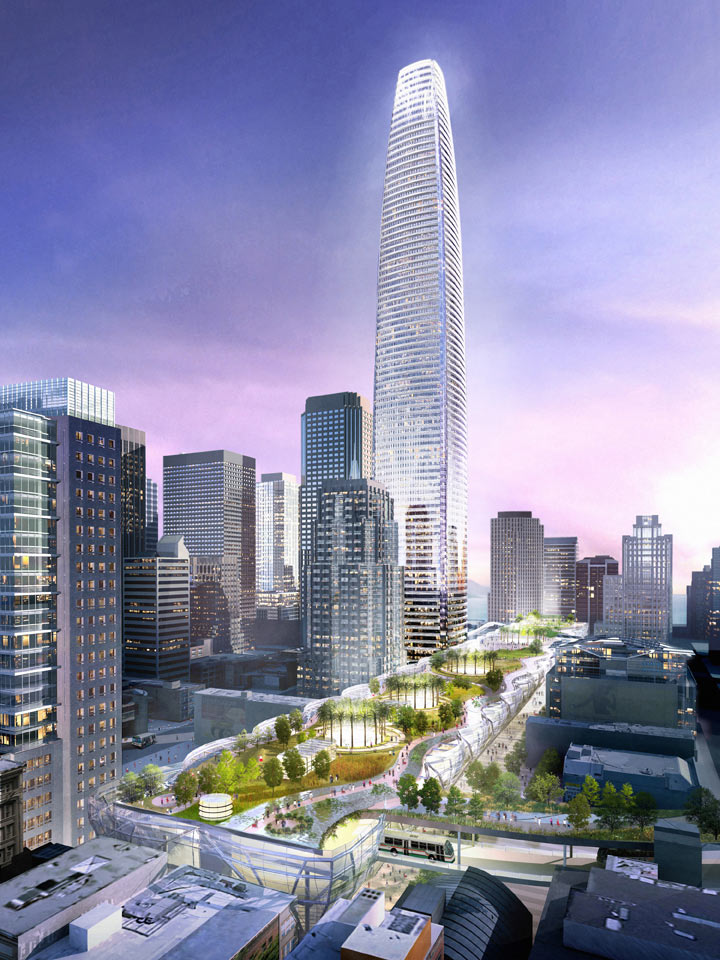 "The tower has the simple, timeless form of the obelisk, giving (it) a slender, tapering silhouette," says the firm. "The walls are composed of clear glass with pearlescent metal accents. These horizontal and vertical accents gradually taper in depth to accentuate the curved glass corners. The walls rise past the top floor to form a transparent crown that appears to dissolve into the sky. Carved into the tower top is a vertical facet that will be lit at night." 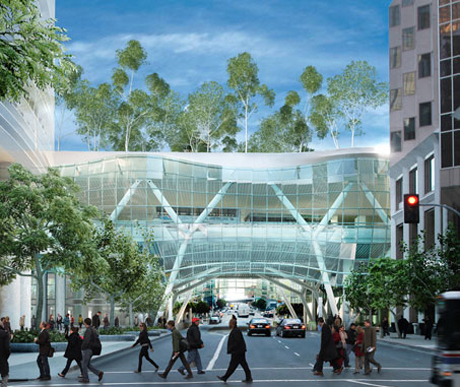 There's no doubt that the tower will be eye-catching, but it's the three-storey rooftop park that has really got our attention. PWP Landscape Architecture in Berkeley has sketched out plans for an amphitheatre, playground and cafes amidst the greenery. Meanwhile three enormous skylights will allow natural light to get right down to the hub's lower levels.

PWP says of its creation: "The park will serve as an essential element in the growth of the new neighbourhood and provide high-quality open space in an area that lacks significant land for park development." Sounds like it could become a destination in itself. 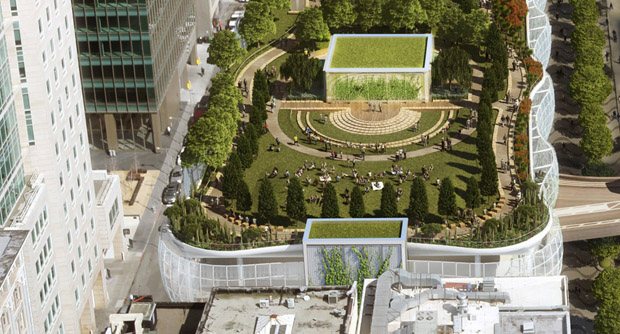 Find out more about the Transbay Transit Centre here, and for more on contemporary building design, take a look at The Phaidon Atlas of 21st Century World Architecture, which contains over 1,000 of the most outstanding works of architecture built since 2000.