There can be few buildings as architecturally maligned as power stations. From the smoking chimneys of Dickensian London, through to the German gas holders and cooling towers that Bernd and Hilla Becher photographed, the power station is  commonly regarded as an unthinking upshot of modernity, rather than a carefully considered addition to it.

However, as the latest Phaidon Atlas Editors' Focus reveals, times are changing. “Conventional power plants - often considered industrial eyesores - are being rethought from a new perspective of design.” Here are five power provision buildings that are both beautiful and useful.

Power Heat Plant – Dok Architecten (above) This combined heat and power plant was built on an industrial site in Utrecht to increase the capacity of two existing power stations. Completely covered in order to keep noise pollution to a minimum, its skin of steel encases the plant's machinery, giant filters and dampers. While the metal façade might be practical, it also gives the building a sculptural aspect, as well as a wonderfully bright finish. Read more about it in the Atlas. 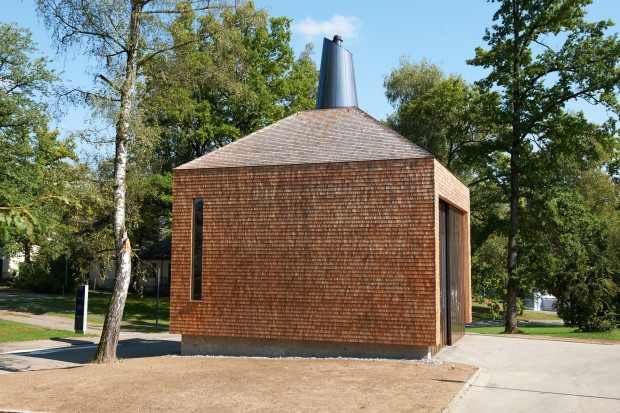 __Fire House  - Matteo Thun & Partners __ This building, loosely based on an Italian chapel houses a a 500-kilowatt boiler, fuelled with local biomass, and fitted with smart, sustainable technology, allowing the Fire House, developed by Matteo Thun & Partners, to provide heat for housing on this former German air force base, without producing any CO2. Read more about it in the Atlas. 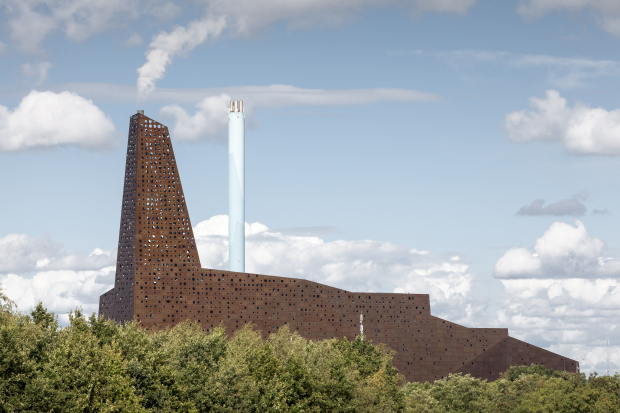 Incineration Line 6 -  Erick van Egeraat The base of this Danish incinerator is shaped to  reflect the angular factory roofs of the immediate surroundings. Towards the top it narrows into a 100-meter-tall spire. Laser-cut circular openings cover the raw,  aluminium façade. At night, this perforated façade transforms the incinerator into a glowing beacon, symbolising the energy production inside this facility. Read more about it in the Atlas. 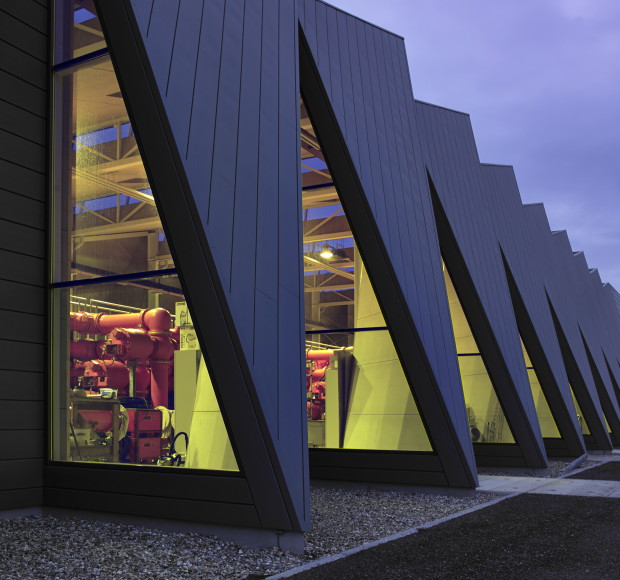 __Gas Insulated Switch-Gear Station - C.F. Møller __ This electrical substation, in rural Denmark, takes in power from Dutch wind farms and passes it onto Danish consumers. The building, designed by Scandinavian firm CF Moller, forms part of Danish energy infrastructure operator Energinet.dk concerted programme to improve the visual appearance of the Danish power grid. The station is clad in pre-weathered zinc panels, chosen mainly for their low maintenance, good recycling potential and the interesting play of light as reflected on the folded surfaces. Read more about it in the Atlas. 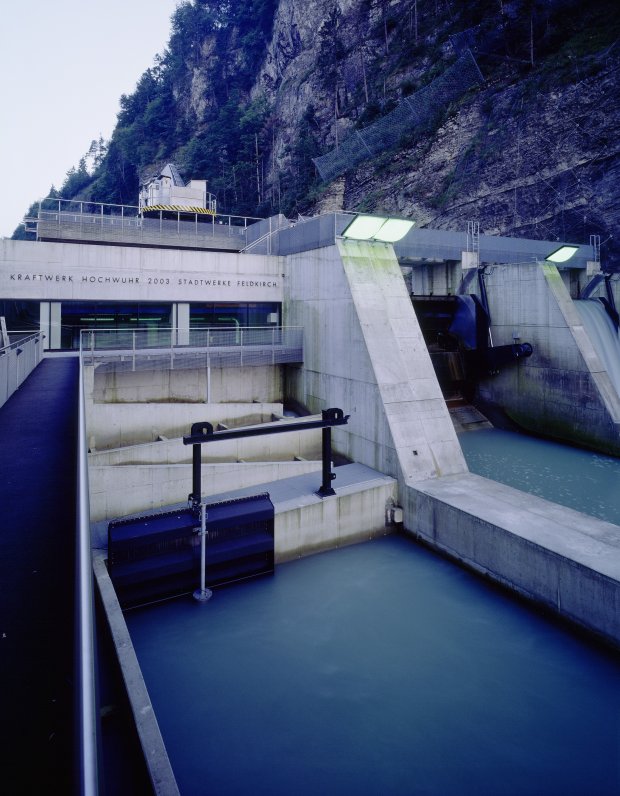 __Hochwuhr hydroelectric Power Plant - ARTEC Architekten __ This Austrian hydroelectric plant near the medieval town of Feldkirch, is mainly built from of exposed concrete and steel elements. Besides energy production, the power plant is also conceived as a viewing platform offering fine vistas into the gorge as well as towards the historic buildings of the town.  A special open canal or fish ladder,’ also enables the river's wildlife to migrate upstream. Read more about it in the Atlas.