Chile is a place of unlikely contrasts, where influences from far across the Pacific rim combine with European ones as the latest Phaidon Atlas Focus makes clear. It alights on a series of young architects in Chile “finding inspiration in their environment - responding to the country's topography and readily available raw materials by foregrounding these elements in their work. More complex than a decorative analogy or imitation, the work highlighted reflects a process embedded in understanding both the mineral and spatial vernacular of the country.” From private houses to restaurants and factories, this is how they’re building right now, in one of the world’s most culturally innovative countries. Here's a taster of what you'll find.

Gallinero House by Eduardo Castillo This country house is located in the central region of Chile, south of the capital Santiago. Designed to resemble the sheds and storage silos found in the surrounding countryside, the resulting rectangular, double-skinned building is an efficient construction reminiscent of such agricultural buildings. The structure has the same cross-section throughout. This simple construction meant that a single contractor built the whole house. There are 32 rigid wooded frames, as well as four main beams that sit under the house to support its skeleton. The walls and sliding doors connecting the interiors to the gallery are covered with vertical timber boards, with narrow gaps in between that allow light to penetrate the rooms. 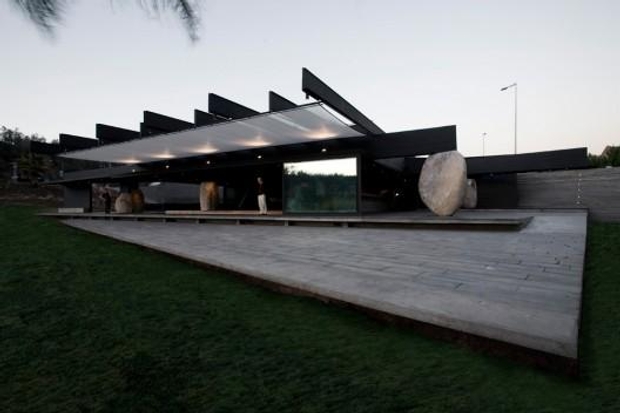 Mestizo restaurant by Smiljan Radic Situated in Las Américas Park in Santiago, the Mestizo restaurant’s building is a pavilion supported by granite boulders. Radic incorporates these rocks from the surrounding landscape in surprising ways. The boulders are honed flat to interface with black reinforced concrete blocks. To this he adds a transparent glass ceiling and the dark, heavy beams. Originally designed as a folly-like pavilion made of incongruous objects usually found elsewhere, Radic later changed the design due to planning permission concerns. Instead, the architect has chosen to adapt his work, by using a variety of materials to form a spatial bricolage of natural and modern elements.

Aonni Mineral Water Plant by Bebin & Saxton Architects Situated on the edge of the Strait of Magellan in Patagonia, southern Chile, this water plant’s design draws from the natural processes of erosion and fracture, such as the breaking away of icebergs from glaciers, the formation of mountains and the corrosive effects of waterways.

The structure’s steel framework has an irregular crystalline form. The crooks and fissures that appear in frozen water are translated into the exterior surfaces of the building. Clad in corrugated aluminium, the protruding roofline is punctured by glass-covered, shard-shaped sections, revealing the interior’s web-like framework. Inside, the building’s rugged forms are left exposed, further emphasizing its organic influences. Interior surfaces are flooded with natural daylight from the angulated, glazed windows, reducing energy costs. 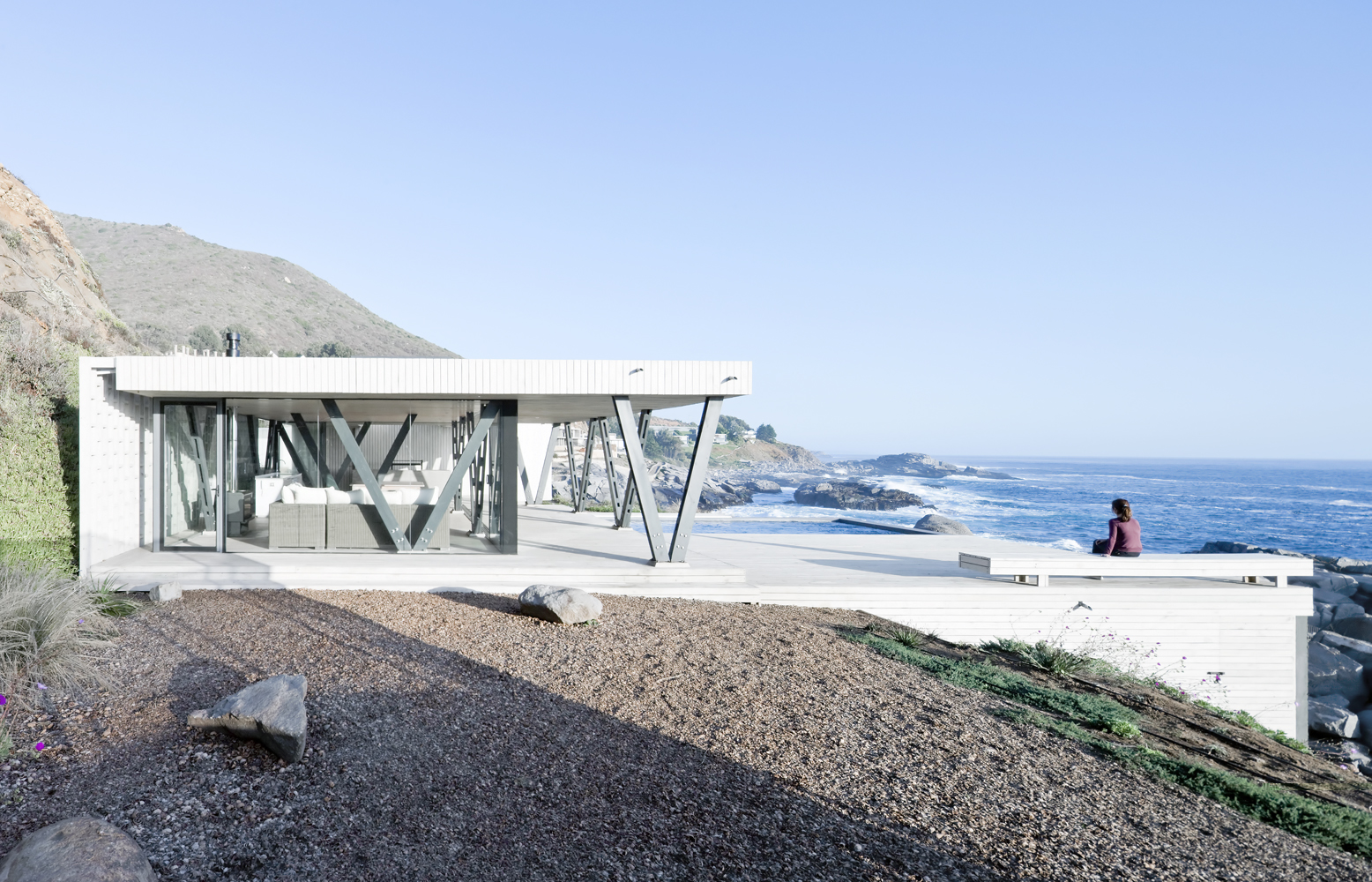 Rambla House by LAND Arquitectos This weekend house is located out along the central coast of Chile, at Zapallar City, about 175 km from Santiago City. The site overlooks the Pacific Ocean. The Rambla House's interior spaces were designed so that there is continuity and a direct connection between indoor spaces and the outdoor spaces, while protecting the main spaces from harsh local coastal climate, characterized by strong south winds and excessive sun exposure from the west. The barbecue space opens up, with a skylight to vent fumes and to bring the northern light into the interior spaces. The house is constructed on concrete beams providing ventilation of the structure to prevent humidity being transmitted into the interior spaces, a common problem in this coastal area.

Water Bottling Plant, Panorama Arquitectos Panorama was asked to design a bottling plant on a cascading plot in Patagonia. They chose a reflective design that would, nevertheless, fit into the landscape. The building is a square volume, with its four facades clad in toughened glass with a black opaque coating. The building is set on top of a 1.5 meter tapered soil base to avoid floods from the nearby river in winter. The bottling process utilizes the full height of the building and the rest of the administrative areas are housed in wood modules of lower height.

Remember you can see the full selection of city houses at the Atlas. And you can sign up for a free trial here.