Purpose-built cities were supposed to overcome problems found in less consciously planned towns, so its strange to see firms like MVRDV, better known for working on a vision for the greater expansion of Paris, turning its attention to newer conurbations.

Villeneuve d'Ascq, near Lille in northern France, was founded in 1970. Like many other 20th century planned settlements, it suffers from some poor or thoughtless planning; a motorway running through its centre. 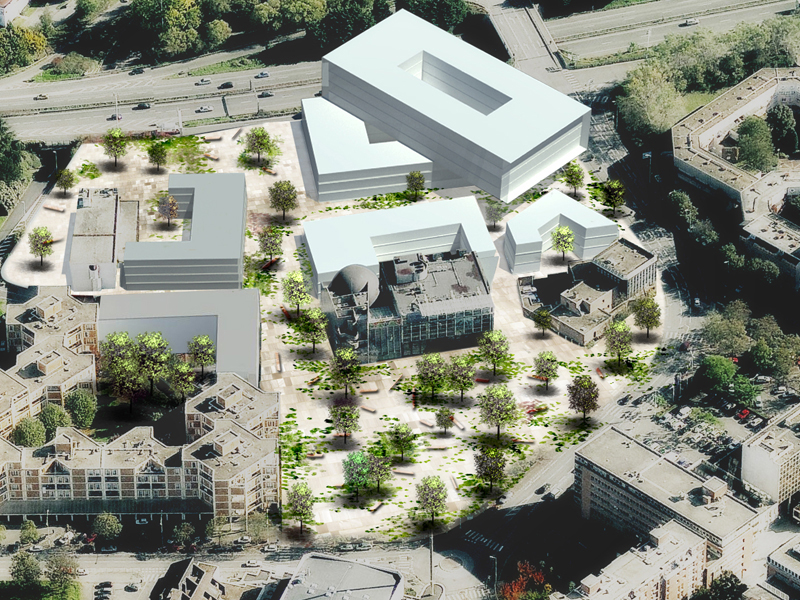 MVRDV has come up with a masterplan featuring what it is calling an iconic building. Dubbed The Beam, it will sit on the site of a former petrol station and hover over this sunken artery, "signalling urban renewal and acting as a visual reference point for the town's centre", MVRDV explains. Inside The Beam there will be 15,000m2 of hotel, offices and shops.

However, this dual carriageway isn't the town's only blight. It also suffers from myriad street-level car parks, big unprepossessing buildings and poorly used green spaces. "On an urban level the masterplan aims at a more sustainable form of development by densifying the town centre and adding identity and diversity to the site," say MVRDV. To this end, it's plotting pedestrian zones, and the linking up of all these small parks and squares. Meanwhile, 274 of those dreaded parking spaces will be relocated underground. 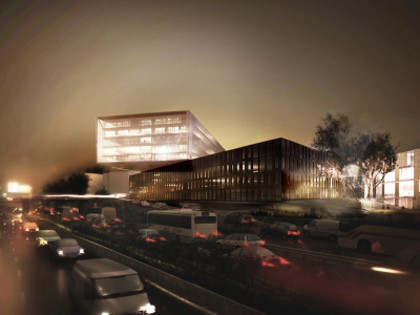 Work isn't supposed to commence until 2015, but it all certainly sounds like good news for Villeneuve d'Ascq. Maybe it will inspire a few other town councils to get MVRDV involved in their own unloved corners.

To find out more, go here; for greater insight into today's built environment, please take a look at The Phaidon Atlas of 21st Century World Architecture which contains, in a single volume, over 1,000 of the most outstanding works of architecture built since 2000.