Hadid on life as an Arab woman architect

'The moment my woman-ness is accepted, the Arab-ness becomes a problem', says Pritzker Prize-winner

There's an excellent interview with Zaha Hadid on The Guardian's website today. Written by the paper's Huma Qureshi, though styled in the first person, the article covers both her life in London and Hadid's feelings towards, Iraq, her homeland. Though she misses the country - "The river landscapes are timeless" - she says since her parents passed away, going back has become a daunting prospect. "When I return, it will be very emotional for me as everyone I remember no longer lives there." 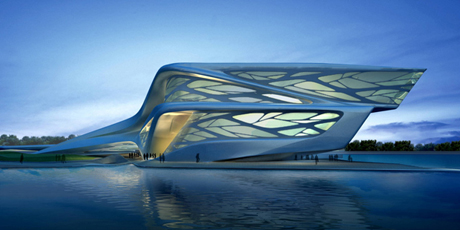 Hadid also recalls a more hopeful time in the nation's history, which went on to shape her own work: "When I was growing up in Iraq, there was an unbroken belief in progress and a great sense of optimism. It was a moment of nation building. My father deeply believed in creating a better future for Iraq; he joined the Beirut Group which was the basis of the Iraqi Democratic Party. The ideas of change, liberation, freedom and social reform were so important to me."

Having settled in the British capital, Hadid has long believed that the city's eastern neighbourhoods have been underdeveloped. "Almost 20 years ago, I researched how London should be developed towards the east" she explains. "It's fascinating to see this become a reality with the Olympics as a catalyst for regeneration. The central idea behind the Aquatics Centre was to design and construct it for long-term use for future generations of Londoners." 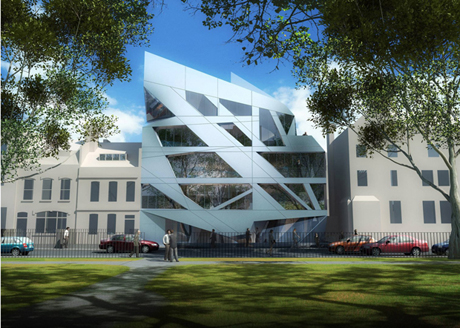 However, Hadid's transition from the riverine vistas of Iraq to the stadia of Hackney Wick has hardly been a smooth one. She says "you cannot believe the enormous resistance I've faced just for being an Arab, and a woman on top of that. It is like a double-edged sword. The moment my woman-ness is accepted, the Arab-ness seems to become a problem."

Yet, she does admit that architecture is a more progressive profession than most. "In the last 15 years there's been tremendous change. Half of architecture students are women, and you see respected, established female architects all the time."