For their debut solo show in Asia at Beijing's UCCA, the European duo spoof the ever expanding sales events

The walls are white, the booths are near-identical, the VIP room is inaccessible, there are special passes, and even a talks programme. So far so predictable. The Well Fair, which opens at the Ullens Center for Contemporary Art (UCCA) in Beijing’s 798 art district on 24 January, has all the trappings of a genuine international art fair. Only this exhibition, which occupies the whole of UCCA’s cavernous main hall, features work by just one pair of artists. 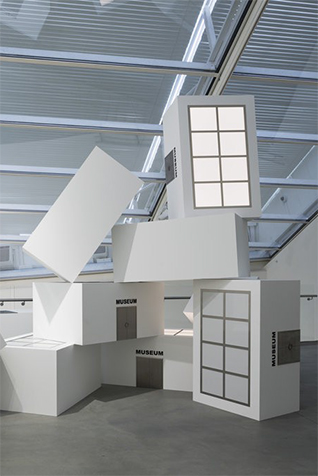 Powerless Structures, Fig.529 (detail) (2014) by Elmgreen & Dragset. This work will feature in The Well Fair

For their debut solo exhibition in Asia, the Danish-Norwegian duo Elmgreen & Dragset have staged a fake art fair, showing a selection of eighty of their works, in a setting that may wrong-foot many gallery-goers and collectors, more used to visiting bone-fide annual sales events such as Frieze and Art Basel. 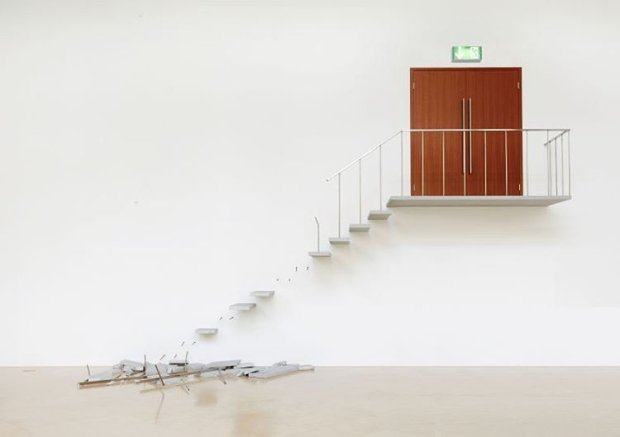 “As artists, we constantly hear critics, galleries and fellow artists complain about fair hysteria,” Michael Elmgreen told the Art Newspaper. “But everyone still participates in these events since it is a fact that you reach a much wider audience at a fair than in a gallery show. With The Well Fair, we have made the fair fit to our works instead of trying to make our works fit into the fair context.” 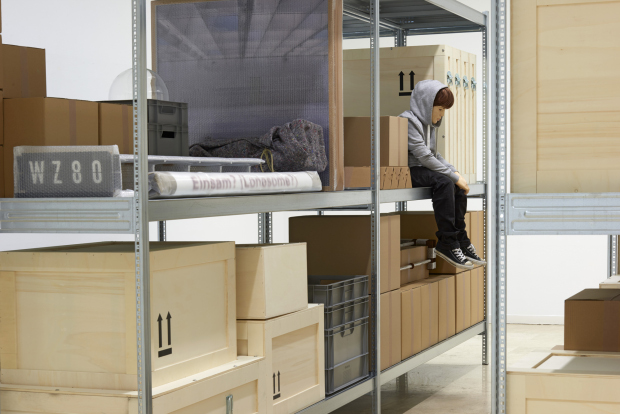 Storaged (2015) by Elmgreen & Dragset. This work will feature in The Well Fair

Their show features a number of other jokey art-world works, such as Tanya! Tanya! Tanya!, (2004), wherein a model of the New York gallerist Tanya Bonakdar appears to rest her head in despair on a broken art-consignment case, and The Named Series (2012), a set of white paintings created by professional conservators who have removed paint from the Guggenheim, New Museum and Centre Pompidou, and other venerable museums, and applied them to these canvases.

There also more serious meditations on gender and death, such as Side Effects (2015), collection of urn-shaped, hand-blown glass vessels each filled with the pastel coloured food pigments used to coat HIV medicines. 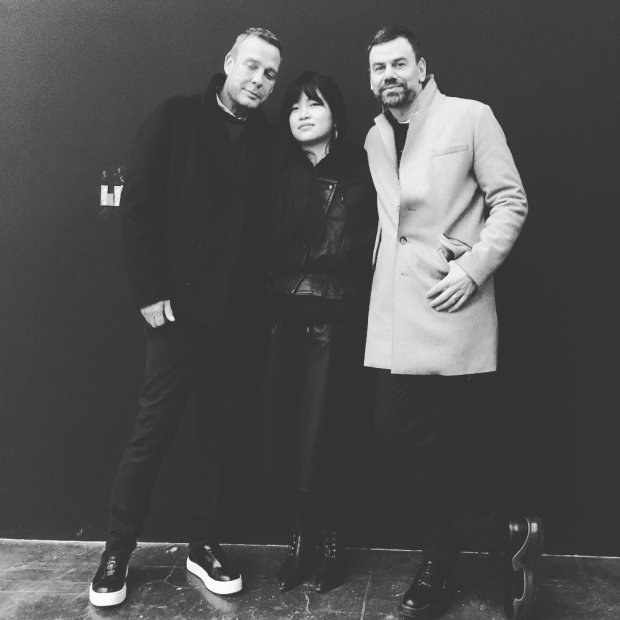 The Artists with fan at UCCA. Image courtesy of ohmysuede's Instagram

Viewed individually the artworks are impressive, yet the Well Fair’s setting emphasises and improves the pair’s creations. Elmgreen & Dragset have staged similar spectacles in the past, most notably at their 2005-2006 touring exhibition, The Welfare Show, a snaking route around baggage reclaim carousels and fake hospital waiting rooms, all created to raise questions about our place within the public sphere.

The Well Fair is perhaps a more pleasant place to visit, even if the artists feel that the events they’re lampooning could try a little harder. “The procedure of the art fair is rather repetitive,” says Elmgreen, “like decorating the Christmas tree the same way every year. Art Basel and co., you have been warned. 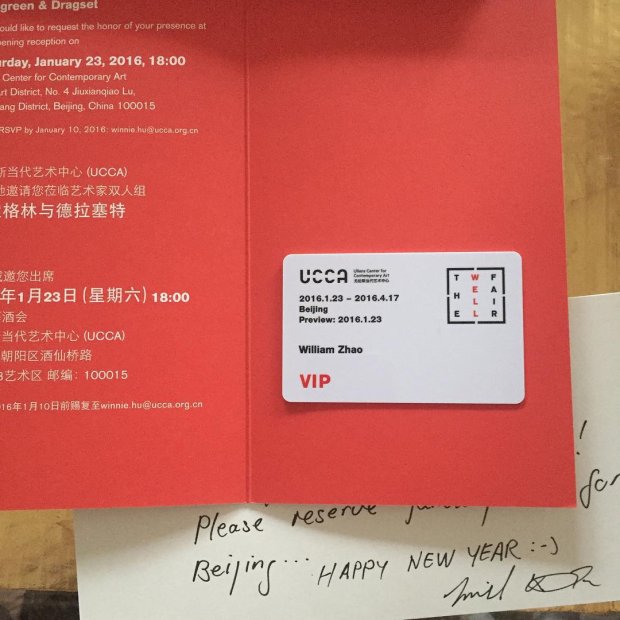 A VIP pass for The Well Fair. Image courtesy of William Zha's Instagram

For more on this duo get The 21st Century Art Book; for more on how to not get fooled at a real fair get Collecting Art for Love, Money and More; and to understand how a spoofed fair can qualify as an artwork in itself get Defining Contemporary Art.