Last month photographer Roger Ballen told us about his recent show at MONA – the Museum of Old and New Art in Hobart, founded by the multi-millionaire maverick gambler and entrepreneur David Walsh. You can read about Ballen’s show at MONA here, and Christian Boltanski’s permanent exhibit at MONA here.

So understandably our eye was caught by a great new interview with Walsh on the Guardian newspaper site in which the museum boss talks about his mixed feelings about becoming an arbiter of good taste (he's previously jettisoned artworks that got 'too many likes', relinquishing control of MONA, how he designed in a finite lifespan for the building and why gambling with its future keeps him “on the edge”.

Last month Roger Ballen told us he was “totally impressed with the eclectic approach to exhibiting art that David Walsh has accomplished at MONA. commenting on "the great assortment that seems to integrate well with the museum". 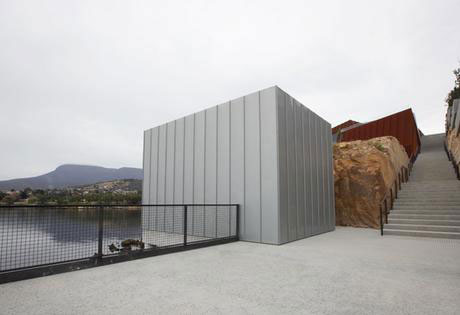 In the Guardian interview, Walsh is most interesting on the subject of his legacy at the museum. At one point he compares himself to Solomon Guggenheim when he says: “When I built MONA I wasn’t particularly interested in where it went, now I’m sort of thinking about it in the Guggenheim sense of creating a foundation, an institution." However, he strikes a note of caution when he says:

"He (Guggenheim) lost the power to direct his creation, and he lost that power when he was still alive. So I suspect that will happen to me. I don’t care.” Indeed despite his maverick nature, Walsh believes inevitable boardroom politics will seal his fate, as they have that of so many others. 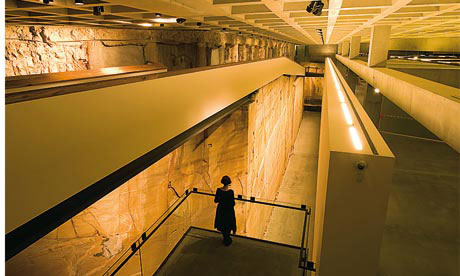 “What happens is the board spends about five years eating out of the palm of your hand, and then they realise that they’ve got power and they get rid of you. It’s simple.” Despite this, he is philosophical about the situation saying, “I can’t see why I should steer MONA forever when I can’t steer me forever.”

Interestingly - if perhaps not surprisingly - it turns out that when designing the museum, Walsh factored in some built in semi-obsolescence by building down to the level of the tide, even though he was aware that it would eventually cause potentially disastrous structural challenges to the building. 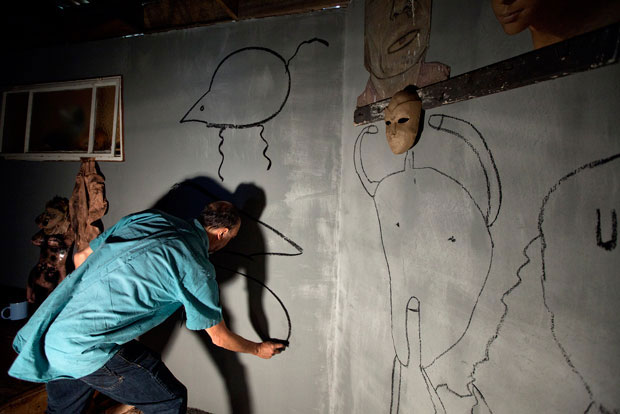 “It was giving me the shits at the time. If everyone says (in 50 years time), ‘Ah fuck it, let’s leave it – let’s just let the ground floor flood,’ that would be a good result because it would mean whatever the structure or system that makes choices – which I assume will be someway democratic in 50 years – has expressed its opinion.”

All in all it’s a fascinating read with one of the art world’s genuinely most interesting characters. Read the whole thing here and when you’ve done that check out our Roger Ballen books to find out why he felt an “aesthetic kinship" with Walsh then take a look at the Christian Boltanski book in our Contemporary Artist series to find out a bit about what Walsh so admires in this intriguing French artist.