To round up our focus on artists featured in the New Art Dealers Alliance (NADA) booth in Miami from cities featured in our Art Cities of the Future book we turn today to Vancouver and the work of Althea Thauberger.

In 2011, Thauberger created a large public mural work, Ecce Homo,  in downtown Vancouver that was partly inspired by the idealized Jacques-Louis David painting The Death of Marat. The work features well-known Canadian actor Nicholas Campbell posing on an autopsy table. Campbell is known locally for his iconic role as Vancouver's chief coroner in the TV series DaVinci's Inquest, a show that highlighted many of Vancouver's social problems by depicting the "inhabitants" and activities of the city morgue.

The line between this particular work and to our art city of the future Vancouver couldn't be more explicit. However, Thauberger’s relationship with her subjects is also implicit in her work. In a past video piece, Songstress (2001), she recruited American Idol-style singer songwriter wannabes in a piece that flirted cleverly with the supposedly superior position of the viewer. "Of course the piece flirts with that" she said at the time (2001), “but I think that power relationship breaks down when viewers feel implicated by their identification with the subjects.” 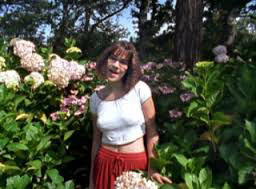 Reid Shier, director and curator of Presentation House Gallery in North Vancouver, who has curated her work in the past thinks she exposes “blind spots” in popular culture. But, at the same time, her refusal to give any visual clues as to how to interpret her work asks viewers to think for themselves – which as Shier says makes many people uncomfortable.  “Where her work is successful is precisely in avoiding instructional clues, putting you in a position where you have to construct your own opinion.”

In a way, the vivid social and political allegories in her work place her strongly in the tradition set by fellow Vancouver photographer Jeff Wall - indeed, she has taught entire  college classes to his famous light box series.

If you’re at NADA today you can see her work at The Apartment (Booth 613) .  If you’re not, just go to Artsy where you can see the work in all its glory. The work has been editioned as a Metallic Digital C-Print In this context, it takes on the form of a history painting, a sign of our times. Finally, to see some  work in a somewhat similar vein check out the photography of Stan Douglas  and Jeff Wall