It’s Olympic year, apparently, and the British cultural establishment is duly firing its big guns: with exhibitions dedicated to Britain's greatest artist of all time and its most infamous artist of today. There are major Turner shows on at both the National Gallery and Turner Contemporary, Margate – with Turner Monet Twombly to come at Tate Liverpool in June – while, for those of you visiting from the moon this Easter, Damien Hirst’s first retrospective has just opened at Tate Modern. 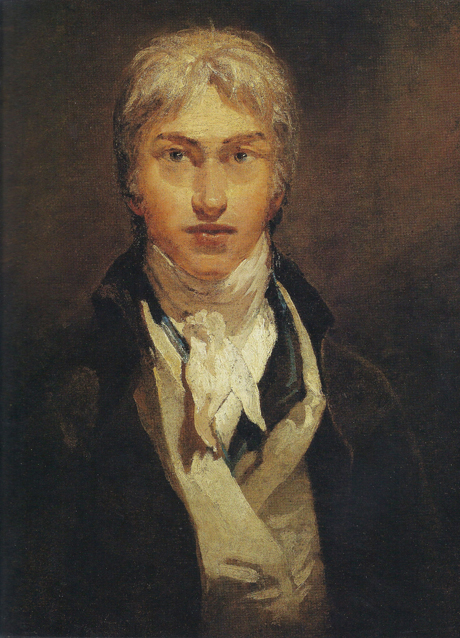 At first glance, the similarity between Turner and Hirst begins and ends at the fact that both are big box-office artists who guarantee maximum footfall. True, both were working class boys who made good. Hirst was the fatherless larrikin from Leeds who arrived at Goldsmiths with a Dick Whittingtonian dream that 'the streets of London (were) paved with gold." Turner, in turn was the Covent Garden barber's son without social graces or formal education, a Cockney who always dropped his aitches and – unlike his mentor Joshua Reynolds – never moved in the social circle of landed gentry or aristocracy.

Beside an outsider’s determination to overcome their humble beginnings, though, Turner and Hirst are rarely considered in the same breath. The former is hailed as one of art’s true greats, a revolutionary who anticipated both Abstraction and Impressionism. By contrast, Hirst, now 25 years into his career, is still regarded by many as a charlatan whose work is derivative variously of Beuys, Warhol, Duchamp, Jeff Koons and others. 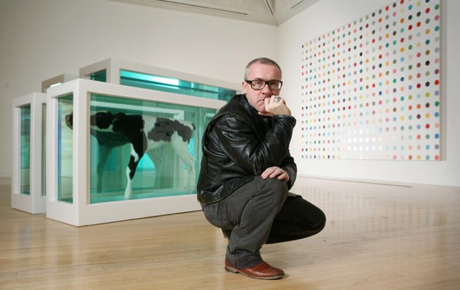 Such has been his propensity to recycle and rehash his own motifs down the years (spot, spin-and butterfly-paintings; medicine cabinets; animals in formaldehyde etc) that Hirst has also, it’s fair to say, become highly derivative of himself.

Couple this with a genius for in-yer-face, headline-grabbing acts (from bisecting bovines to encrusting skulls with diamonds, via exposing his genitals on boozy nights out in Soho) and Hirst has carefully cultivated his own self as an artistic brand: universally recognised, if not universally loved. 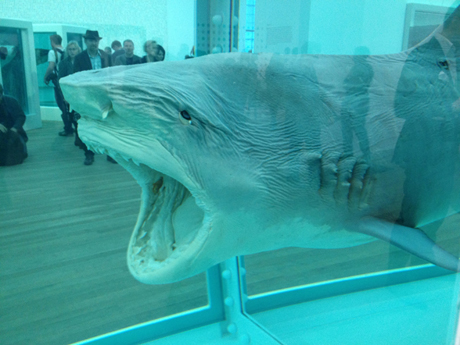 His name and fame forever precede him. Think back only to January, when he simultaneously showed hundreds of his Spot paintings at each of Larry Gagosian’s 11 galleries worldwide. From Hong Kong to New York, it was a magisterial display of the artist’s imperium.

The contrast with Turner, at first, seems glaring. A painter’s painter, JMW grew increasingly eccentric and reclusive with age, retreating frequently to his bolt-hole in Margate and keeping a dilapidated house in Marylebone, infested with Manx cats. He relished anonymity, too, going by the moniker of ‘Admiral Puggy Booth’ among unknowing locals, who thought this bow-legged old chap must be a retired sailor.

Very much a painter’s painter, Turner’s seriousness of purpose is also undeniable. His late canvases of immaterial subjects, like his fabled death-bed remark that “the Sun is God”, suggest Turner was engaged in a search for a truth higher than artistic. He was staking out the numinous and metaphysical. 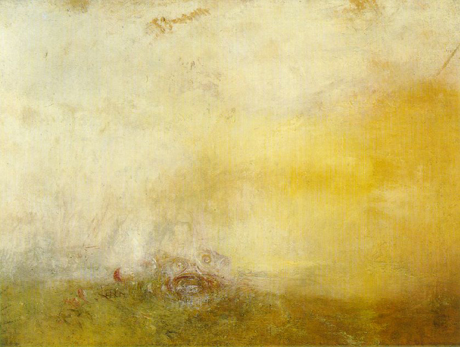 To say that fame and attention were low on his agenda, however, would miss the mark. For much of his career, Turner was every bit the artistic showman that Hirst is. During the 1830s, he commonly submitted rough underpaintings to the annual Royal Academy exhibition, which he then rushed to completion in situ in the time supposedly allotted for varnishing. Crowds swarmed to see genius at work, his crestfallen rival Constable declaring on one famous occasion that “Turner has been here and fired a gun”. It’s said Turner was inspired to such virtuosity by the example of the Italian violinist Paganini, who was then taking London by storm.

After Hirst burst into the public consciousness with his so-called “shock art” in the early-Nineties, countless column inches were devoted to the question, “Is it art?”, as long-in-the-tooth commentators wondered what was wrong with old-fashioned paint on canvas. Thankfully, with the cultural-establishment acceptance that a Tate retrospective accords, those debates seem, mostly, now to be a thing of the past – but one can spot a similar pattern in attitudes towards Turner a century and a half earlier.

Nowadays he may be praised far and wide, but in his own time, JMW was frequently panned, towards the end of his career in particular. His abstractions were compared to “soapsuds and whitewash” by one critic from The Times, and dubbed “pictures of nothing” by William Hazlitt. And then there was the famous pantomime skit, in which a baker’s boy dropped a tray of jam tarts on the floor, swiftly put a frame around the mess, and sold it off as a Turner for £1,000. Public taste, it seems, has always been a good way behind that of its era’s iconoclasts.  Another criticism often levelled at Hirst is that mammon is his motivation in chief. An entrepreneurial spirit has been in evidence ever since he staged his now-legendary, first show, Freeze, in a disused Docklands warehouse in 1988 – and was in evidence, most spectacularly, in his unprecedented, 223-lot sale of new art at Sotheby’s in 2008 (which raised £111 million). 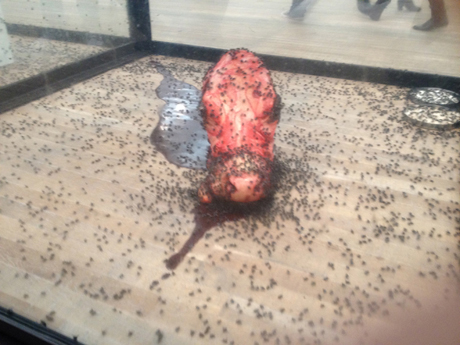 By also creating various “unique” versions (aka series) of each work, Hirst might even be said to have made a medium out of the art market itself. Turner, mind you, was every bit as money-driven – perhaps, like the Yorkshireman, as a product of his impecunious upbringing.  The author Walter Scott, who had commissioned some engravings of Edinburgh for a history book he was compiling, complained: “Turner's palm is as itchy as his fingers are ingenious, and he’ll do nothing without cash and everything for it." The artist left an estate worth £4million, partly through having been so shrewd as to establish his own commercial gallery in 1804. 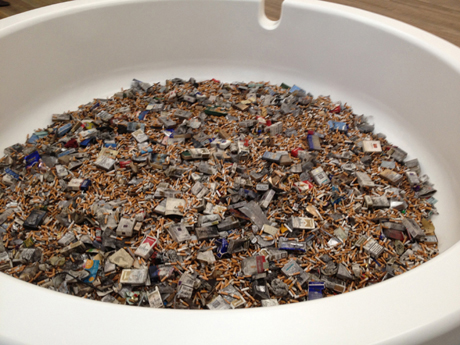 With rose-tinted spectacles, it’s tempting to look back on the 19th-century as a time when art appreciation was sharper, when artists were artists, and to see in Turner none of the “modern” sins of ostentation, celebrity and greed which we associate with Hirst. The truth is, though, is that the two eras, like the two artists, have far more in common than perhaps first meets the eye.