'Germany was like a vacuum' - Heinz Mack on Zero

The post-war boom was a cultural event felt in almost everywhere across the globe, from Italian cinema to British pop music. Yet nowhere was it more pronounced than in the German avant-garde art movement, Zero. This highly positive, space-age wave of artistic production may have taken its name from NASA's countdown sequence, yet it also referred to the absolute cultural vacuum of post-war Germany.

Today, nearly seventy years after VE Day, Zero's stock has never been higher; an acclaimed retrospective has just closed at the Guggenheim in New York, while it's co-founder, Heinz Mack, is currently the subject of a great retrospective at the Ben Brown Fine Arts in London. We spoke to Mack at the London opening yesterday, about life before Zero, during and after. Here's what he had to say about post-war Germany, Andy Warhol, Gerhard Richter and painting in Ibiza. 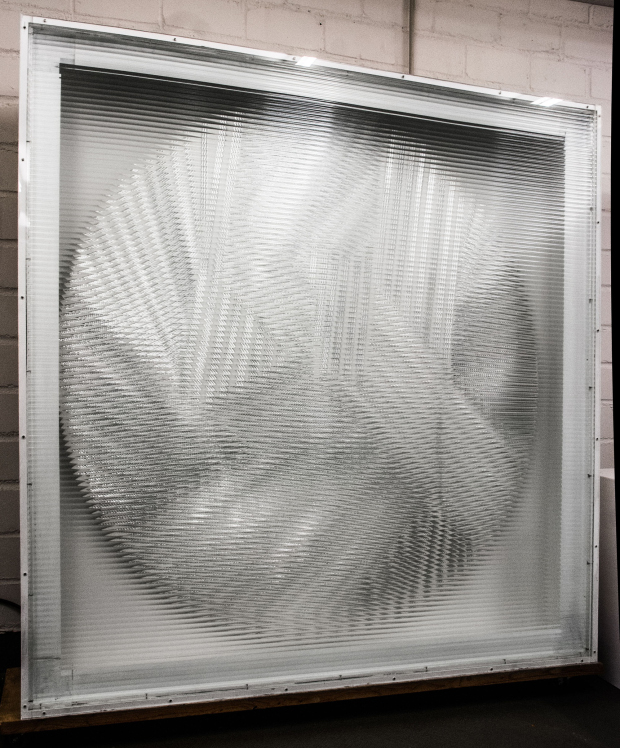 How did Zero start? “I was born in 1932, so after World War I was still a young guy. In Germany, at that point, there were no schools, no universities. My father didn't come back from the war; he died in a prison camp near Bordeaux, and our family was always short of food. Culturally, it was like a great vacuum.

"When I was 19 years old, I went to the Academy of Fine Art in Düsseldorf, and while a student there I also got the chance to visit Paris, to see paintings by Matisse, Picasso and even Miro. When I got back to Dusseldorf the tutors hadn't even heard of Miro. Even at the Academy of Fine Arts! There were no books left there – they had all been destroyed by the Nazis. 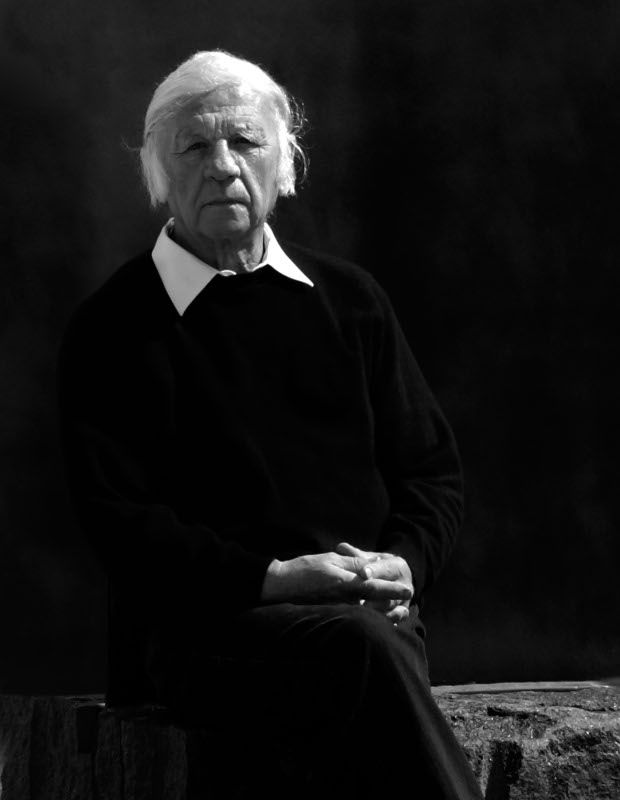 "I was influenced by what I had seen in Paris, and for a while I tried to be a painter, but in the end, all I had learned at the academy seemed not to be valuable enough. I decided I had to forget everything and start from the very beginning, like a classical pianist playing with just one finger. That was around 1956 or 57; that was the start of Zero.

"What was exciting was that we soon discovered other artists, such as Yves Klein, Piero Manzoni had started at more or less the same time and had similar ideas and spirits. That was a big surprise, a phenomenon, to find different people in different places all working in the same direction." 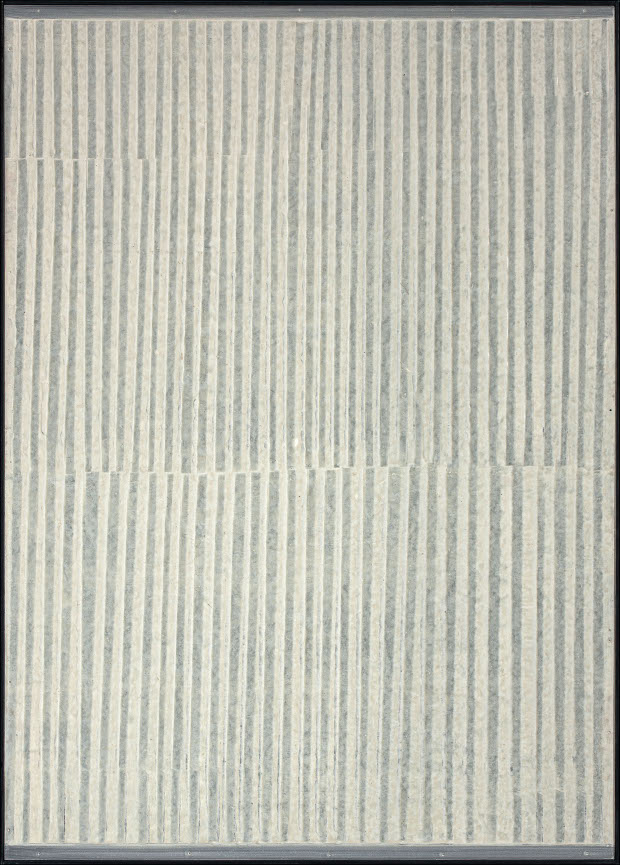 We often associate Zero with the early days of the Space Race. Was that an influence too? "Yes, the moon landings, and in particular the launch countdown - '10, nine, eight' – was where we took the name from. I had seen a photograph in the paper, of a rocket, and I took a copy of it, and wrote 'zero' on it. That image is now on the cover of the Guggenheim catalogue. But it also drew from the energy and dynamism of those early years. There was no gallery system for us. We would often show in each other's studios. Some people came to to look at the work and said 'you're crazy', but others got really attached to it, and were very impressed."

You were making art more or less around the same time Warhol and co were developing pop art. In ways they're similar, but Zero seems less glib, doesn't it? "That's an interesting question. I think, Andy Warhol was developing his art in a country where everything - business, consumption, and shopping – was alive, so to take this ironical approach was fitting, as a way of fighting against this luxury life. In our case, there was nothing around us; Germany was very poor, and so to adopt an ironical approach did not make sense." 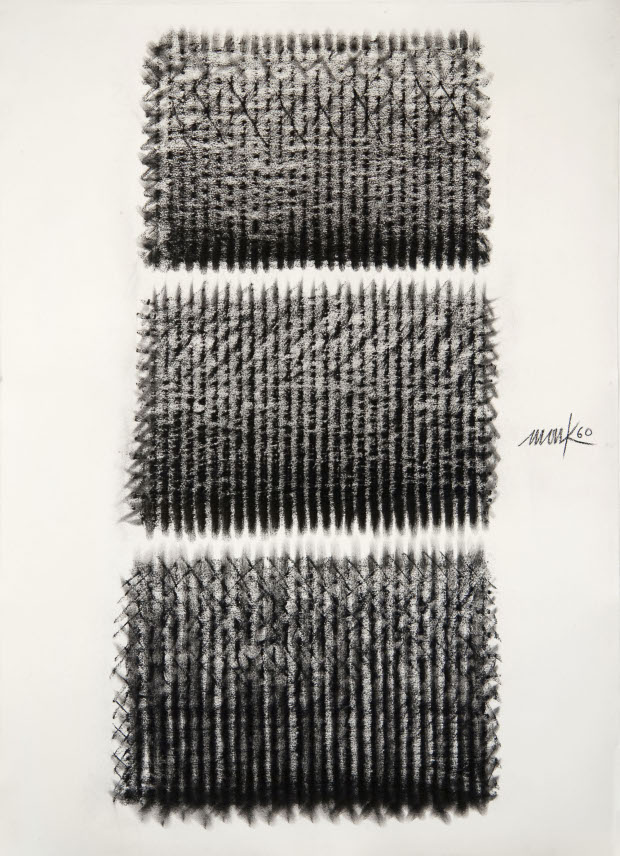 What was it like when you saw your ideas adopted by other artists? "Sometimes I was jealous, but more often it was nice, like a kind of sport, to see that you're not alone. If there is somebody around, who is admiring your work, then it is easy to admire his work too."

It's hard not to look at some of your paintings and be reminded of Gerhard Richter's work. "Yes. He's so much younger than me, you know - just a few years - and he was interested in what I had done. He painted my rocket, with this word Zero on it. But he came from East Germany, and was completely influenced by communism; so he was fighting against the bourgeois. In fact, that's something we also took up arms against too, because after a few years of austerity, and people in West Germany got used to buying, say, a new radio, and relaxing on their sofa. We were fighting against that eventually, but not in a straightforward, communist way; I want to fight for an art rich in clearness."

Indeed, looking at these paintings, there is a strong sense of clarity and structure to them. "Yes, the same is true of the 40 or so other artists in the Guggenheim show. We don't make paintings as compositions, we make paintings devoted to structures. It just occurred to me, four or five years ago, that this reflects recent discoveries in science. Examine the world with an electron microscope, and you visualise it as structures. Structures are an important part of understanding nature. That's a very important aspect of Zero art too, I think." 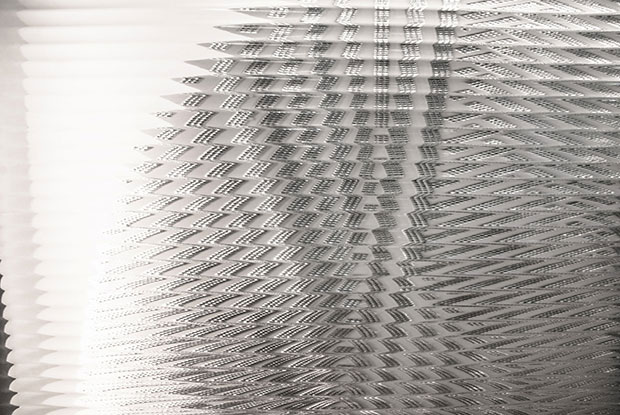 Speaking of nature,you now live and work for part of the year in Ibiza. What drew you to the island? "Here, or in New York, everybody wants to speak with me and I cannot work, but in Ibiza I have a big studio, and I can work like a monk. I suppose I'm a bit of a refugee there, but the light is so clear, my thinking becomes very clear over there too. I know it's known as a party island, but I don't take part in the party life. I live in the middle, I have no neighbours, no traffic, nothing. It's the total opposite of London. After this show, I will go back there for three weeks."

Heinz Mack: ZERO & More will run at Ben Brown Fine Arts until 10 April 2015. To learn more about how Zero and how it fits together with other art movements through the ages check out our new book Art in Time.