London gallery show for Canadian-born, New York-based artist who gets a thrill from the complex

"I am interested in complexity as a form," Canadian artist David Altmejd says. "I am happy when people are fascinated by the thing itself, when they are absorbed by it and know that it contains something more. I like experiencing complex objects, but not because I necessarily wish to understand the system. I am seduced by complexity itself. From my perspective, my work is intuitive. I am not able to mention specific reasons why I associate these things. I get a feeling from certain combinations, a feeling that something is going to happen when I mix things together. I do not have to say something; the object will say it. I see my installations as organisms. I start making something but at a certain point it starts making choices by itself." 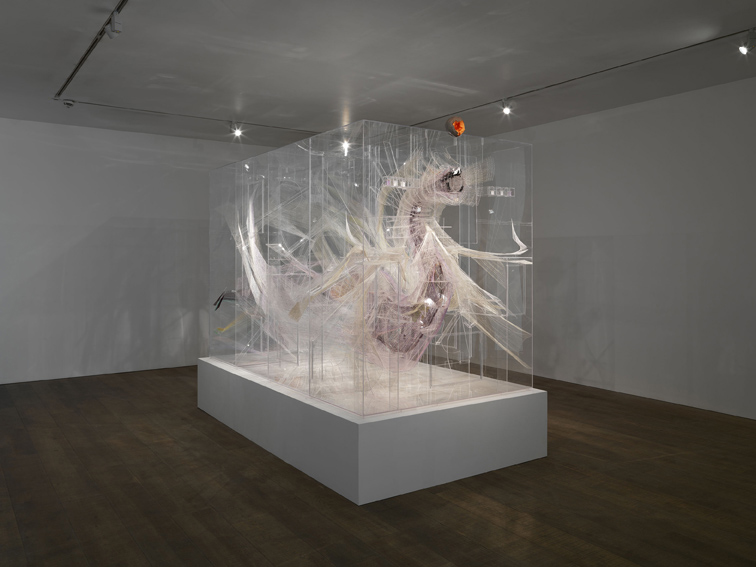 In recent years, Altmejd's exhibitions have hardly been standard gallery fair. For the 2007 Biennale, the Canadian-born, New York-based artist presented an aviary of mutant birds (The Index, 2007). In 2010, at Brussels gallery Xavier Hufkens, he wove materials through plexiglass boxes to create complicated, organic volumes. At New York's Andrea Rosen Gallery, in March last year, he showed what were described as "ghostly bat-like creatures that materialise right out of the Sheetrock in the wall." It's work that shocks and startles in equal measure, that can be deemed simultaneously ugly and beautiful – a mix of seamlessly mixed, apparently disparate items (light bulbs, pine cones, prosthetic limbs, stuffed animals, etc.) transformed into room-sized sculptures of freakish intensity.

As ever, scale, intuition and complexity are important in Altmejd's new show at the Modern Art gallery in London. The artist is presenting only three works, but, such is their size, each occupies its own room. And the complex arrangements, created within clear perspex vitrine-like structures, are filled again with a vast array of objects and forms – thread, jewelry, coconut shells and "arrested flows of liquid," among other things. 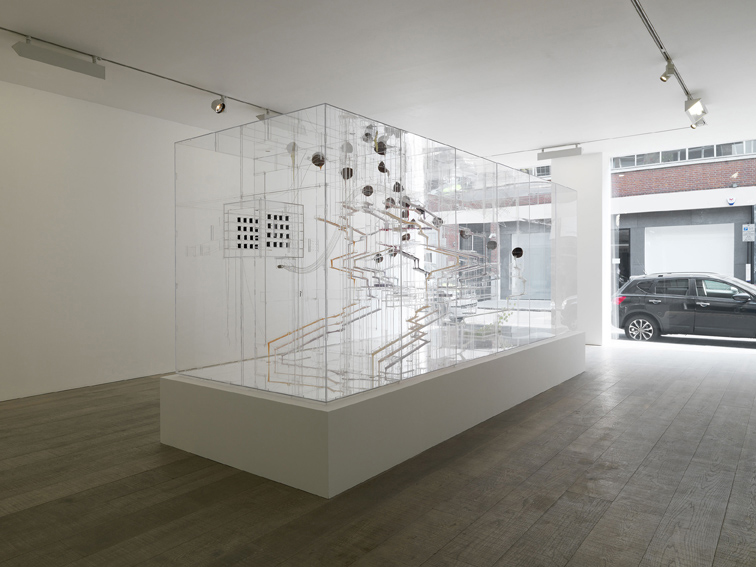 "Creatures of myth and fantasy inhabit the world of Altmejd’s entire oeuvre, and in his new sculptures these bodies have been entirely abstracted into a representation of biological systems, energy-flows and spirits that inhabit architectural dioramas," a gallery spokesman said. "Altmejd’s approach to making is intuitive and inquisitive, an application of active sculpting in form and narrative that almost pretends to an idea of creation and intelligent design."