When painter Ahmed Alsoudani fled Iraq for Syria shortly after the first Gulf war (the words frying pan and fire spring to mind) little did he know that within 10 years his paintings, inspired by the horrors of war he'd witnessed as a child, would end up as some of the most coveted by the art world’s biggest collectors.

After claiming asylum in the United States in 1999 and studying at the Maine College of Art, he enrolled in the prestigious Yale MFA programme. But even before graduationg he was courted by dealers and collectors who made the trip from New York to visit his studio. Today Christie’s, Converse and Samsonite owner Francois Pinault is one of his biggest champions and he has exhibited with a number of prominent galleries. He is currently scheduling exhibitions as far ahead as 2014. 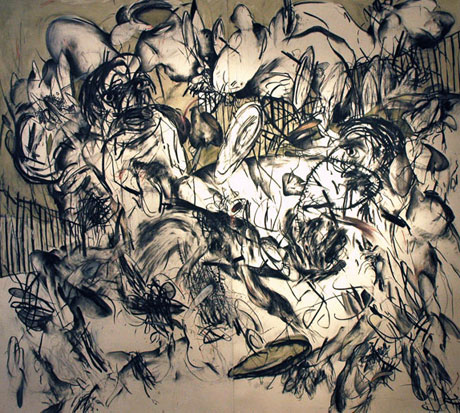 “I’ve had a really great year,” Alsoudani told Phaidon with characteristic understatement when we bumped into him at the weekend. “I feel fortunate to be able to paint and really focus on my work.”

The past year has indeed been a busy one. He was one of six artists representing Iraq at the Venice Biennale, the first time the country has had a pavilion at the biennial since 1976. He was also featured in a satellite exhibition at the Francois Pinault Foundation’s Palazzo Grassi space in Venice. Venice was followed by a debut solo exhibition in London, at Haunch of Venison, and then another solo show at L&M Arts in Los Angeles. 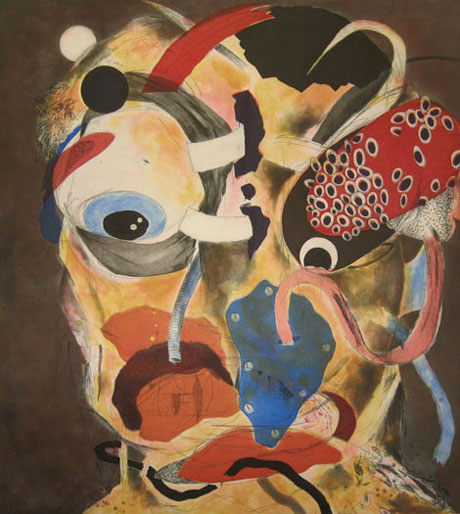 Given the geopolitical climate and the public desire to put the tumultuous events of the past decade into some kind of context it’s perhaps not hard to see why he’s causing such a fuss. His back story helps obviously, but the conceptualised violence of his paintings (with titles such as You No Longer Have Hands) invoke a select canon of masters: Goya, Picasso, Guston. His canvases interrogate the body in pain, and the landscape of atrocity and catastrophe.  Alsoudani’s paintings exemplify a state of ‘undoing’ – a visual manifestation of the psychological horrors of war. But although they depict scenes of devastation, they remain kinetic, combining elements of drawing and painting on the canvas, alongside the vivid use of colour and detail. 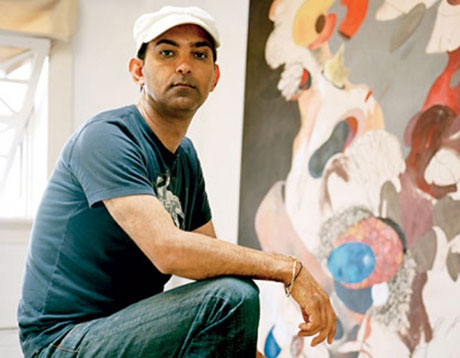 "Drawing has always been an important part of my process," he says. "I develop my ideas through drawing, and it forms the backbone of the work. So while the drawing is the inside practice, the painting is the final product, the exterior. I’m always interested in bringing these two worlds together."

Alsoudani, who works alone in a studio in Chelsea, has recently begun working on a larger scale, creating a series of canvases full of dramatic tension, capturing the theatre of politics, history and horror. Rapid progressions of themes, experiments in technique and scale, are everywhere evident in them. “I’ve always had the instinct to work large. While scale doesn’t really change my approach, it has allowed me the space to address certain questions and subject matter.”

He will have a solo show at Haunch of Venison’s New York gallery later this year, in addition to a museum show at the Wadsworth Athaneum, and another solo show that will travel to several cities in the United States, including Portland and Phoenix.