A group of young artists have turned the quotidian notion of the NYC subway on its head with S2A, an underground pop-up project space that is located in a disused hallway and staircase on Kenmare Street in downtown Manhattan. 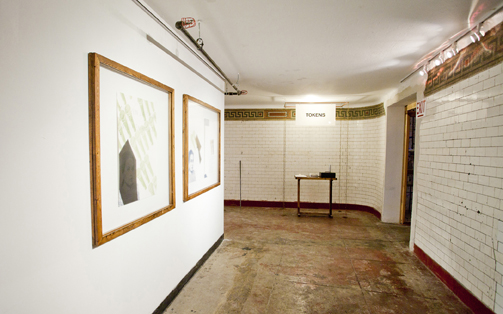 It is adjacent to a pop-up restaurant, where different chefs take the reins for one-off evenings of culinary delights. Still, S2A keeps a low profile. There is no sign or buzzer, just a red façade and door. Once inside an attendant collects a nominal $2.50 fare - the same amount as a single ride on the NYC subway - and then leads one by flashlight down a dark staircase. Only three visitors are allowed in the space - a tiny 200 square foot subterranean space - at any one time.  This makes for intimate viewing and a very different experience from the hyperbolic, gargantuan spaces of the blue chip gallery scene further uptown. 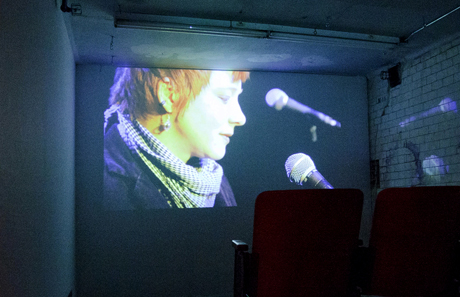 Itziar Barrio's We Could Have Had It All at S2A, New York

Established by three young women artists who prefer to remain anonymous, S2A is named after its location, as each NYC subway staircase has such a code name. The artists liked the serendipitous connection to the Societe Anonyme and indeed it remains an open, fairly anonymous project, driven less by market and ego and more by the opportunity to create a project that is both sympathetic and symbiotic to the space. 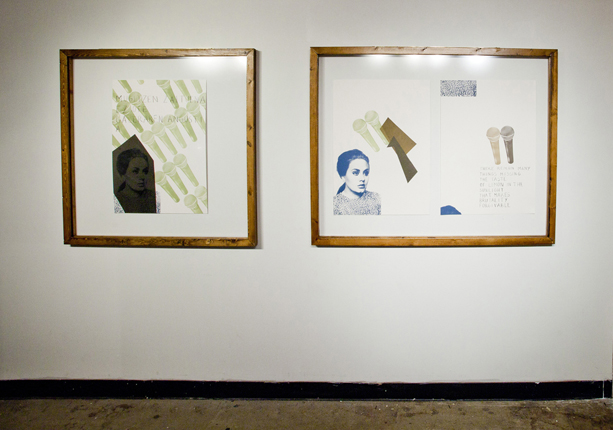 Itziar Barrio's We Could Have Had It All at S2A, New York

Their current exhibition, We Could Have Had It All takes its name from the lyrics of an Adele song. Basque artist Itziar Barrio shows a captivating video where poets respond to each other in a technique called 'bertso-larismo', that is traditional to Basque culture but finds its relative in contemporary slam poetry. The two women sing to an empty theatre, its opulence in direct contrast to the stark raw surroundings of S2A.

However, it finds its perfect place in NY, a city where the rich rub shoulders and share neighborhoods with the working class. The pathos of the words ring through the empty architecture, symbolic of the isolation and dislocation of the modern urban experience. However, this viewing experience is nothing but intimate and human in scale.

Find out more about this gallery here, and to learn about more about how S2A might fit into the greater practice of artist's exhibition spaces, be sure to check out our Salon to Biennial book.