Buckyballs to light up New York

Commissioning public art for the winter months can't be easy. While summer pavilions and temporary structures gild a park on a balmy day, they're less likely to attract higher contemplation once the trees are bare and the nights have draw in. Well done to MAD. SQ ART, then, for this season's addition to New York's Madison Square Art. Later this month, they will install a huge, light-filled sculpture by American artist Leo Villareal.

Villareal's pieces tend to consist of artfully programmed LED arrangements, pulsing out colourful, seemingly sentient patterns of light. He has worked on plenty of site-specific pieces before, including this year's Hive ceiling installation at at the Bleecker and Lafayette Street subway station in Manhattan. However, its Villaeal's Buckyball piece that we think will really light up New York's chilly season.

The work consists of two, nested geodesic frames, or Buckyballs as the forms are often called, in tribute to the man who popularised the shape in 20th century architecture, the US futurist and engineer Buckminster Fuller. The balls are constructed from tubes filled with LEDs. Villareal has programmed these tiny lights to "create exuberant, random compositions of varied speed, color, opacity, and scale." The artist is a graduate of NYU Tisch School of the Arts, Interactive Telecommunications Program, which is dedicated to creativity and critical thinking applied to new technologies, and his work finds a nice balance between twinkly beauty and deeper high-tech considerations.

The sculpture, which wil be put on display on 25 October and remain in place until next February, will also be surrounded by a set of specially commissioned coaches, allowing the Big Apple's busy citizens all the more reason for a little wintry contemplation. Wrap up warm and watch the lights. 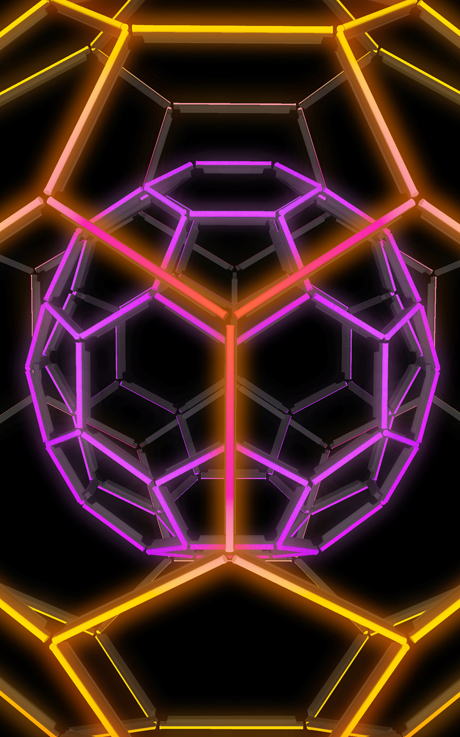