Chernysheva’s interest in the mundane reality of street life reveals both an embrace of nineteenth century realism and a rejection of the more aggrandizing Socialist Realism that pervaded her childhood. Cherynsheva was part of the last generation of artists who grew up in the former Soviet Union and became known in the 1990s for a series of work exploring the ironies and idiosyncrasies that emerged in the aftermath of its dissolution. 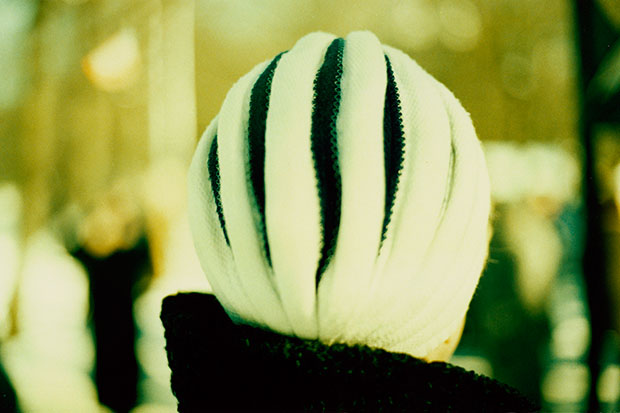 Her work reflects the tradition of Soviet propaganda and its tendency towards conformity and repetition while incorporating subtle visual clues that hint at the transition to consumer-driven individuality.

One of the most striking examples of this is her series Waiting for a Miracle which features Moscow commuters in winter hats and which currently adorn the walls of Pace London where Chernysheva is showing a mix of text-based, video and photographic work. When we caught up with her last week Chernysheva told us how she began photographing the women. 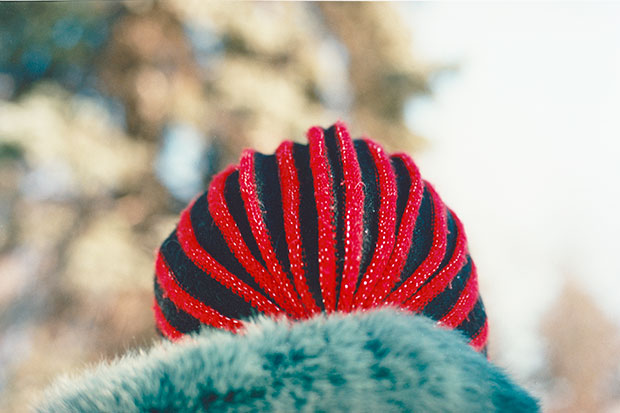 “I remember it very well, it was on a trolley bus. I saw a woman in a mohair hat. She was sitting close to the window and it was very foggy and there were streams of condensation going down the window and the hairs on her hat were going up. It was such a nice combination of these two structures and I took a picture - that was when I started.”

“First of all I was interested in the fact that they looked like flowers, or like deep ocean creatures or cacti! All these things they are kind of calm, waiting for something. And also like flowers they are expecting the butterflies to come.  So they are always in the process of waiting for something. Because I always like things that move very slowly and because there are two ways of moving - one is progress, moving forwards, and the other is like sugar dissolving in tea. I like to watch this little movement inside, this tremble.” 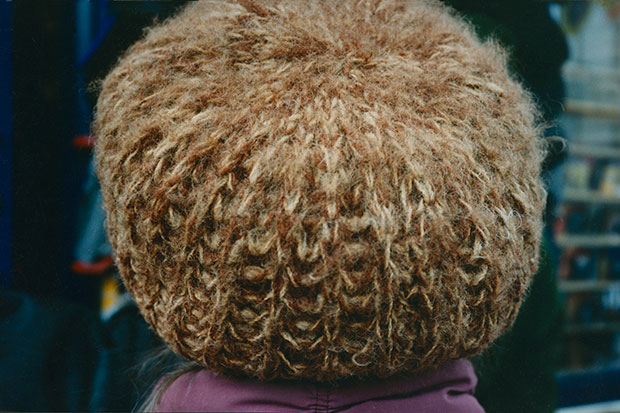 We wondered how open these women actually were to having their photograph taken. It turns out Chernysheva doesn’t ask her subjects if she can take their photograph, she just goes ahead and takes it, then approaches them after.

“I try to take whatever I can get, then after that I ask and after that I take the photograph again if the person agrees. Often people feel suspicious. It’s strange because from behind you are anonymous, but people seem to prefer to be photographed face on. Generally the first shot is always the best because once it becomes composed it’s a different story. You rarely get a good picture if you ask.”

Viewed together the pictures can take on the form of rather anonymous containers of human emotion. Chernysheva, who’s work is strongly influenced by philosopher Peter Slotterdijk and his trilogy of books Spheres, Bubbles and Foam accepts the analogy but says she sees them more as nests or spheres. 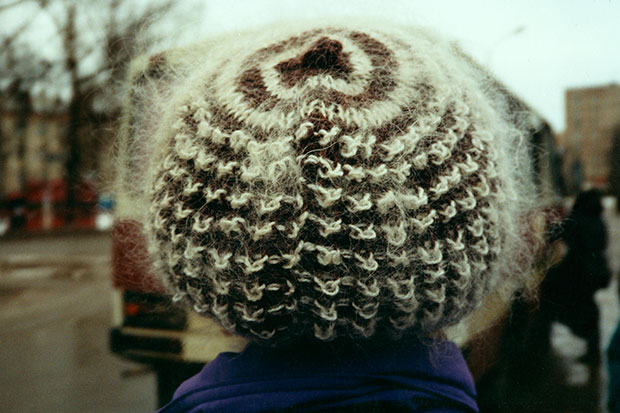 “The nest is a caressing form. I like the sphere of feeling and I think it is very important for us now this sphere feeling which we are losing every day. We tend to measure things now, to look at things vertically. We like to say who or what is on top – treat life like a top 100, it’s never about the sphere always the vertical. But spheres are very caressing. Everyone in their lives searches for the sphere that’s lost when they are born.” 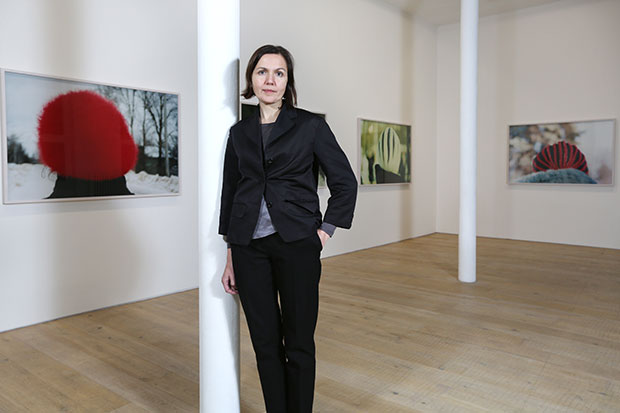 The sentiment is one that pretty much anyone can relate to, but for Chernysheva the work is peculiarly tied to the Russian contemporary experience.“Russia, for me, is a very fruitful, interesting place to live. Because everything at any moment is ready to be turned into a poetical image,” she says. “I don’t feel like that in Europe unfortunately. I think I belong to this society and because of this I feel very close and I feel a part of it and compare it with a kind of innervision. So I can exercise my simultaneous visions - because many things are going on - and be at the core. Even if it’s not a very harmonic core it’s full of things recognizable and meaningful to me.” Olga Cherynsheva continues at Pace London until January 17. If you're intrigued by all this why not check out our books Photography Today and People of the Twenty First Century.