In an age where music is primarily traded, consumed and shared via mobile electronic devices, multimedia artist Ed Atkins finds that his laptop - a place for both pleasure and for work - has dissolved the boundaries between his own working practice and his down-time entertainment. As a result, music playing in the background in a movie, or a fact he stumbles across browsing websites while he works might find it's way into an artwork.

For an artist whose own practice is multi-channel - Atkins employs film, text, sound and paintings - it is hardly surprising that his working style seems to switch between work and play so seamlessly. This copy and paste mentality is manifest in his video artwork – schizophrenic edits see the narrative switching from gross-out movies to serene beaches, punctuated by the click of a finger or sample audio from a B-movie. Here, Atkins gives us his Phaidon Muse Music playlist of the songs that inspire his art. We've put it on Spotify for you to listen, this is what he has to say about it. 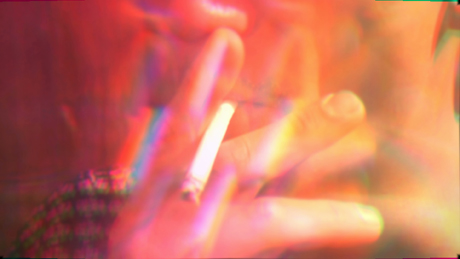 “Music plays an absolutely vital role in my practice – both as perpetual accompaniment, and as a wellspring of content and reference. I pretty much make all my work – videos, writing, sound – at the same laptop, somewhere between my flat, my studio, and wherever else. Needless to say, it's also where I watch films, listen to music, browse the internet – everything, really; everything gets mediated through this one mobile computer. Symptomatically, things start to overlap, merge – music playing while I write will appear within the narrative; some hyperlinked bit of research will be copied and pasted into the timeline of a video. Music, therefore, is completely constitutive tom my work. The pieces I've selected here run the gamut of sample sources to obsessive, on-repeat numbers. Each one was essential to the creation of work.”

_Charles Mingus Group Dancers _ – This album has been in my head for over a decade now, clattering about, stumbling between bars, falling in love and threatening violence. It stands as a surrogate for some sort of total honesty of expression through wayward art.

Ace Of Base The Sign  – I listened to this over and over and over early last year, desperately trying to understand it. For a while there – and on occasion still – this track feels like everything I want from music, art. The friction between absolute, cool blank surface, and the utterly desperate effect on me (I ache with it!) is almost perfect. A complete and beautiful conundrum that presents the kind of productive impasse I wish for all my work and all work.

Beethoven Sonata No. 8 in C Minor for piano, Op. 13 'Pathetique' II: Adagio Cantabile, performed by Glenn Gould – A sigil for existence, I think. At least mine. For years I knew a performance by Richard Goode, only recently discovering Gould's performance, which, typically, is concision incarnate – though only just managing to contain that infinitely deep and simple melancholy beneath. A means of return to self, for me - an existential reset.

Zs Acres Of Skin  – This came as an answer, for me, to a certain reticence towards Noise and its manifestations. A form of protest, it is entirely corporeal, physical – the title alluding to something of its amazing heft, its ability to conjure terrible proximity; a queasy awareness of one's body. It's an unequivocal assault on the senses that also maintains its structure, a sense of precision, deliberation. This balance of brute force, implicit meaning, and a kind of virtuosity is something I absolutely pursue in much of my work. 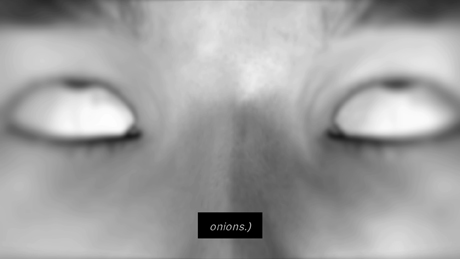 _Jamie Campbell Bower Johanna, 'Sweeney Todd: The Demon Barber of Fleet Street Official Soundtrack _ _____ _ – I've been wringing this one dry recently. There's something utterly vampiric about  the way I often approach music. This song in particular is so earnest, so pleading, so sentimental and so pathetic as to almost invite victimisation! Needless to say, the effect of supping at this crimson artery is intoxicating and sustaining. I'm not much of a one for musicals, but Sondheim seems to completely understand the balance – and combined with a latent cinematic equivocation towards theatre, you're left with something whose awkwardness provides real succour.

Ghédalia Tazartès Untitled, Ante-Mortem  – Ghédalia Tazartès  materialises his voice within the bodies of his listeners, activating them politically and emotionally. This rendition of 'Ave Maria' eventually collapses completely under the weight of his voice – its flimsy rehearsal of epiphany incapable of supporting his genuine and agonising delivery – giving way to a subterrain of abject devastatation. This exemplary movement from a surface to an impossible depth is a gesture I make repeatedly in my work. Wrenching oneself across infinite gulfs of space and polarised feelings.

Xiu Xiu feat. Michael Gira Under Pressure  – This is perfect. As song, critique, casting, cover, homage, sentiment. The ultimate torch-song – it is entirely gracious, I think. As in, it opens itself up to abuse and love. It is ridiculous because of this, but miraculously, it succeeds in being both completely serious and absurd. The grin across my face and the yearn in my heart that it engenders is something I think can only be achieved through such risk, such bravery. A real inspiration, that.

Like When The Shadow Ring – I only discovered The Shadow Ring recently, through a combination of deep internet drift, and backwards from the amazing Graham Lambkin's more recent work, who was a member of The Shadow Ring till they disbanded in 2003 and who is certainly one of my largest aesthetic citations. This track stands as exemplar of their dark, domestic and amateur paganism. Their atechnological experimentation has been a huge influence. 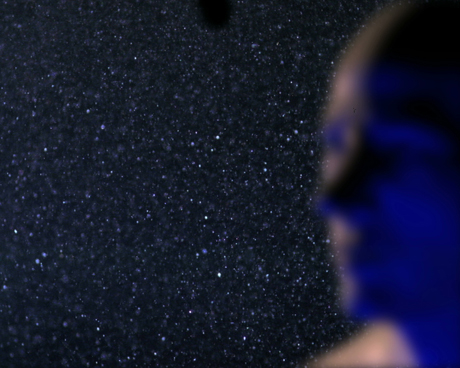 Are You Both Still Unreleased? Fire! with Jim O'Rourke – Really, I could have chosen any one of so many Jim O'rourke-allied tracks that have proved inspirational for me – inasmuch as each is both discrete and additive – to his oeuvre and to his staggering list of achievements. His is a career and a method I aspire to greatly. This track is one the most recent exemples of his co-authored work. His ability to absorb and be absorbed by music and process. – And Mats Gustafsson's saxophone here is utterly gut-wrenching.

Burnt Offerings Nmperign and Jason Lescalleet  – My single greatest aesthetic debt, perhaps, is to Graham Lambkin. Lambkin's music came as a shocking consolidation of desires for me, and if I could recommend only one album to anyone it would be his 'Salmon Run'. In the absence of Lambkin's presence on Spotify, however, I've selected this piece, co-penned by frequent Lambkin collaborator, Jason Lescalleet. That incredibly rich seam of spacio-acoustic specificity, field recording, accident, 'poor' production... it conjures such a vivid and close sense of vulnerable situation – utterly precarious emotional truth – as to render so much more honed stuff utterly lifeless.