What is it about Dan Graham's pavilions?

The US artist produces another signature, large-scale sculpture for a show at the Dutch De Pont museum

When you encounter one of Dan Graham's pavilions, it isn't at first clear what to make of it. These large-scale steel and glass creations haven't any obvious sculptural qualities, and they do bear similarities to hotel lobbies, airport terminals or the atriums of corporate and public buildings around the world.

Yet they're too brief and lacking a clear purpose to qualify as architecture. Graham, the 71-year-old artist who has been making these works for the past three decades, sees them as occupying some sort of place between architecture and art, which only truly makes sense once visitors move in and out of them.

"My pavilions derive their meaning from the people who look at themselves and others, and who are being looked at themselves," said the artist. "Without people in them, they might look a bit like minimal-art sculptures, but that's not what they're meant to be." 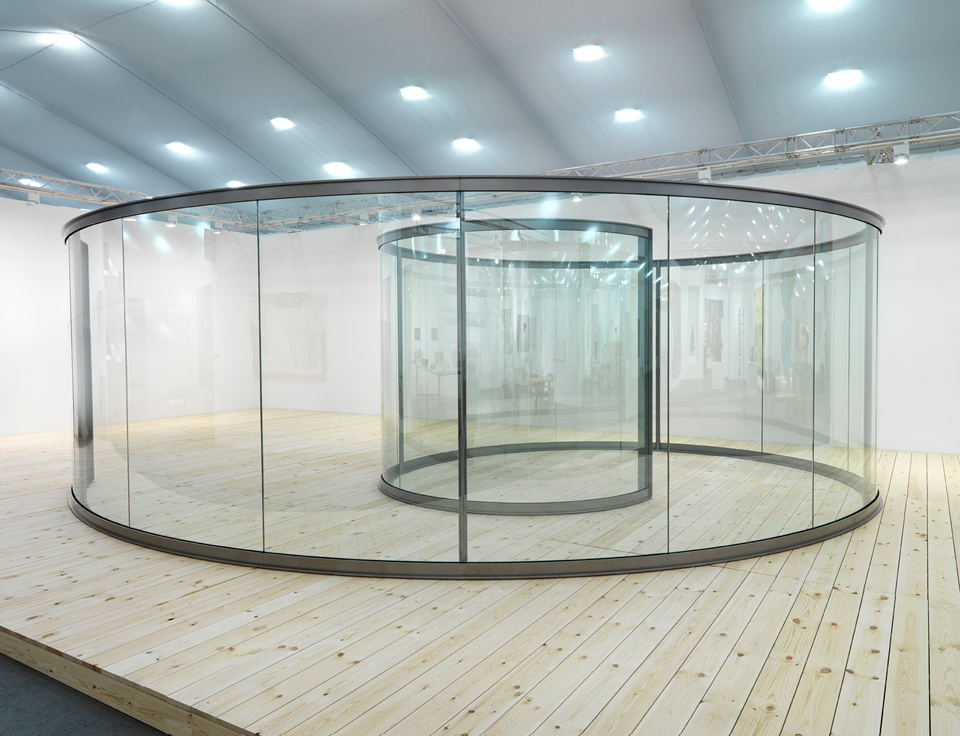 Groovy Spiral, one of Graham's pavilions, 2013

The Lisson Gallery' s new Graham pavilion, Groovy Spiral, was a hit at Frieze last October, and now visitors to the De Pont museum of contemporary art in the southern Dutch city of Tilburg, will help bring a couple more pavilions to life this spring, when the exhibition space hosts a new show dedicated to Graham.

Du Pont bought its first Graham pavilion in 2005, and has gone onto commission a further example from the artist, as part of its new exhibition, Models and Beyond, which runs 1 February - 25 May 2014. The museum says it has asked Graham to "design, specifically for the main space, a new and ambitious pavilion." This will be shown alongside a selection of his architectural models, photographs and videos, which date from 1966 through to the present day.

In its notes for the show, the Du Pont Museum offers some ideas as to how we should interpret the works. "Graham has suggested we think of them as 'heterotypes'." They write. "The term, coined by the French philosopher Michel Foucault, refers to places in a city which are 'different' and which create a meaningful interruption in the continuum of everyday space." 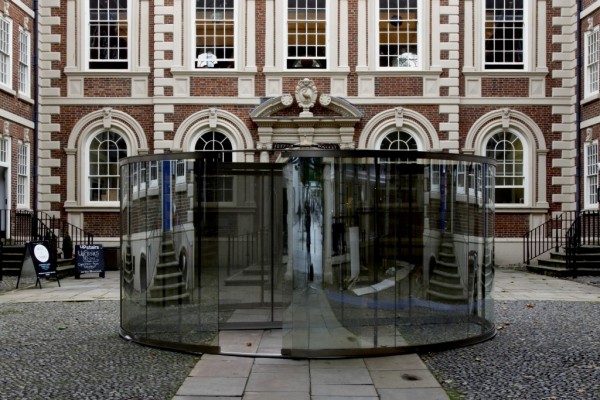 In our Dan Graham book the artist describes his pavilions thus: "When two way mirror glass is used in office buidings it's always a mirror for the people on the outside, and transparent for the people on the inside. That's the surveillance aspect, whereas in the glasstower 'show rooms' designed by Mies (van der Rohe), people saw only the parts on the ground floor, which didn't show production, because the idea was not to show production. At the very top, from the executive suites and boardroom you could look down and survey the city. I'm trying to reverse that.

My pavilions are always a kind of two-way mirror, which is both transparent and reflective siultaneously, and it changes as the sunlight changes. This relates to the changing landscape, but it also means that people on the inside and on the outside have views of each other superimposed, as each gaze at the other and at the material. It's intersubjective."

Sounds like a great place to understand some of the more enigmatic works of recent years. For more, go here. For greater understanding of Graham's work, pick up a copy of our monograph, an insightful look into the work of the maverick conceptual artist. Buy it from the people who made it, here.