Context has everything to do with the work of Cornwall-based artist Alastair Mackie. He grew up on a farm in Cornwall, South West England and is inspired by the way organic forms such as dead leaves take on a new character when placed in built environments such as the white-walled studios of urban London. His juxtapositions of naturally occurring and man-made forms result in ambiguous work that challenges the boundaries separating nature and culture. Work that by his own description “makes sense and no sense at the same time”. With a year-long group show House of Beasts at the grand country house Attingham Park in Shropshire, and following a successful solo show – a full-room installation of a stark forest, entitled Copse, at London’s All Visual Arts, we asked him about his constantly evolving, explorative working practice.

How far does the setting of the House of Beasts show  - a country house - affect how the work is viewed?

The most interesting point for me is how the context of the building has impacted the piece. Exhibited in a white cube gallery space the sculpture feels quite timeless, but in the inner library at Attingham Park it takes on associations that relate to the history of the building. The organic nature and presentation of the piece bond with the aged materials that make up the room and the juxtaposition of nearby objects, in particular a globe on the same table, is especially suggestive. 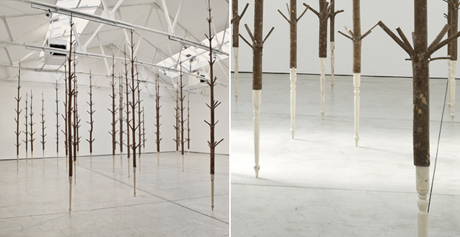 At House of Beasts, the main theme explores the symbolism of animals, past shows - Vanitas , for example - explored spiritual contemplation and The Age of The Marvellous, wonderment and spectacle. How have the changing contexts your work has been exhibited in altered its meaning?

The foundation of my practice is an interconnected mesh of ideas and sensibilities that often result in ambiguous works that can be read in a variety of ways. Much of the work is quiet, so best viewed - in my opinion - with little going on around it. The conversation with other works, and the surrounding space, can heavily steer how a piece is read so it’s important for me to work with a curator who is akin to where I am coming from, and who will allow the work to continue to speak quietly. The context sometimes changes how I see my own work, opening up potential that can be deeply rewarding.

How do you feel your work sits alongside that of the other artists in these group shows?

I think that depends on the curator. Sometimes there is an essence that connects works, other times the assumed relationship is more material or aesthetic. I enjoy seeing my work positioned alongside that of artists who are taking on similar ideas but from unforeseen places. 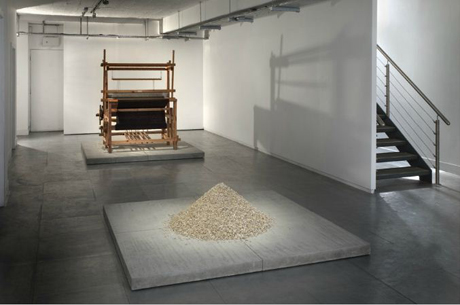 Copse was a stark manifestation of a forest. Despite referencing something as natural as trees, you created something decidedly unnatural. What do you hope to uncover through presenting natural objects in this way?

The origin of a piece is normally based on some kind of logic. This is then turned on its head so that what I end up with is a thing that makes sense and no sense at the same time. Somewhere between the two is where I’m looking. What I hope to uncover I have yet to discover.

How does doing a full room installation compare to creating a small sculpture, and how does the scale of a work affect things?

In a way, an installation or site specific work is easier as its boundaries are defined by the space it sits in – the space becomes part of the work. Although I’ve done it, I don’t like putting things in boxes. I like the thought of making work where there are no boundaries at all. 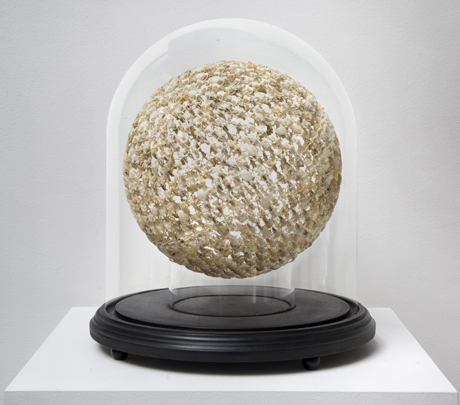 On Copse you wrote: “The idea was to create a pseudo forest, a suspended Arden, in which order is at once challenged and adhered to. Each tree is caught in the same liminal state of metamorphoses – halfway between what it was and what it is to become." This idea of a halfway or suspension is present in other works – the chess set where the insects are literally suspended in resin has a similar feeling. Where do you think this comes from?

Everything is in transformation all of the time. My experience of the world is one of knowing and not knowing, of being in control and not being in control. Perhaps it’s something to do with this.

How does working and living in Cornwall affect your work?

I’ve recently moved back to Cornwall, having lived in London for 15 years. When I was in the city I used to travel to the countryside, collect materials and ideas, and return with them to my studio in Hackney. I’d then ponder, with everything out of context, and eventually they’d process in to artworks. I’m now living in isolation on a cliff-top farm on the north coast. I’m interested to see what that does to my work. Whichever way, both places will always be important to me. 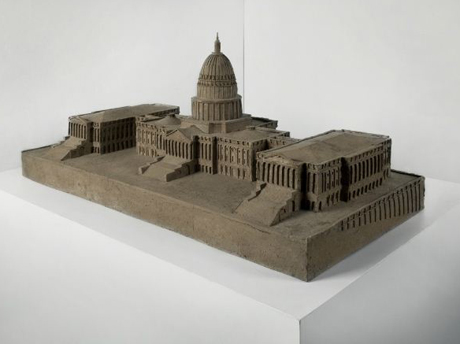 It's quite an ancient place with a mystical history – has that been an influence on you?

I’m not interested in the mystical history of Cornwall per se, but more so in the relationship that people have with the landscapes that surround them in general. Being here and having time to think is inspiring me. My plan is to settle in and concentrate on a new body of work, which I hope will come together for a solo show, possibly in Berlin, at the end of the year.