Ingmar Bergman's film the Seventh Seal did much to cement both his reputation as a cerebral director and the game of chess as an equally cerebral pursuit. In it a Swedish knight returns from the crusades to find his country ravaged by tragedy and is soon locked in a game of chess with death. It's a fairly intense pitting of wills and its weighty themes mirror many that artists struggle with every day in the studio.

So it's perhaps not surprising  that the game has inspired countless artists over the years. Indeed, Marcel DuChamp who retired from art to become a competitive chess player famously said: “From my close contact with artists and chess players I have come to the personal conclusion that while all artists are not chess players, all chess players are artists."

With that thought in mind The Art of Chess, which opens tomorrow at the Saatchi Gallery on the King's Road in London, brings together 16 chess sets designed by some of the world’s biggest contemporary artists in celebration of the game of kings and its continued relevance to the creative arts. 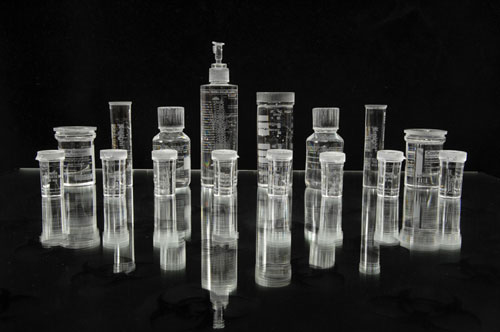 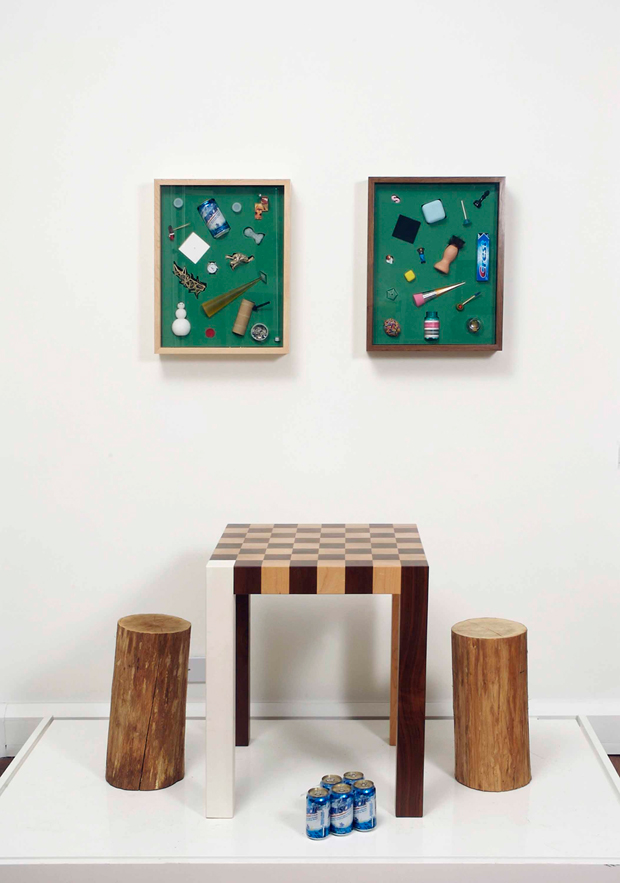 This exhibition at the Saatchi Gallery will be the first time that all 16 chess sets are displayed together and it will also be the first public showing of a new commission byTim Noble and Sue Webster. Best known for their shadow sculptures, they've taken the opportunity to return to their fascination with dead animals and have created a woodland chess set with bronze chess pieces inspired by their collection of mummified animals - squirrels take the roles of King and Queen and frogs act as Pawns.

Tom Friedman’s chess set is equally intricate and playful, presenting a mini-retrospective of the artist’s best-known works. Barbara Kruger meanwhile, has created the first ever talking chess set with each piece specially programmed to either ask a question or make a statement when moved. The set by Damien Hirst has glass and silver casts of medicine bottles that act as chess pieces, while Paul McCarthy, apparently a keen chess player, has made his set from random objects found in his own kitchen including a coffee grinder and a ketchup bottle. The Art of Chess runs at the Saatchi Gallery, King's Road, until October 3. 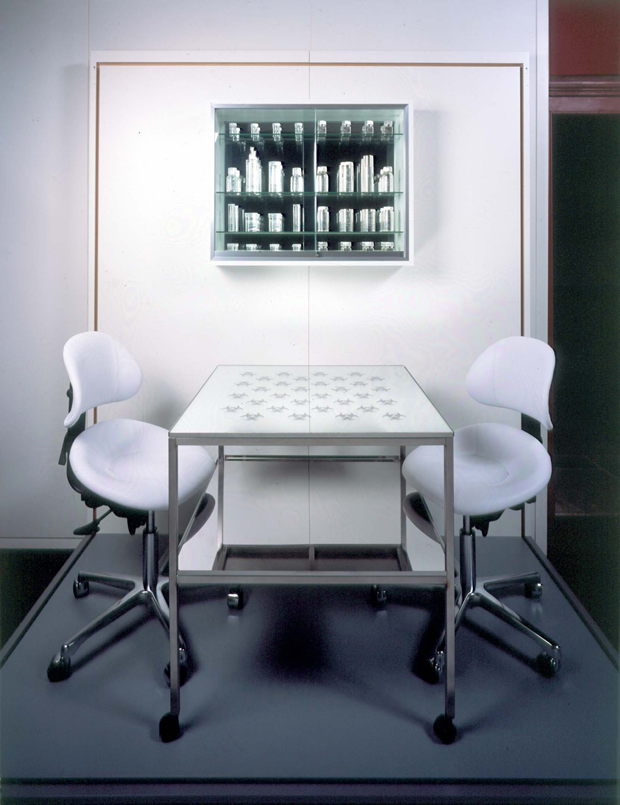