Why this summer is mushroom season at Gagosian

Carsten Holler returns with Reason, a new fungi-focused show at the Gagosian on West 24th Street

When Carsten Holler wonders where the trippy stuff in mushrooms comes from, he isn’t pondering some hippy nonsense. The German artist holds a doctorate in agricultural entomology, and worked in a European research lab before embarking on a career in contemporary art, which has seen him create slides, swings, and climbing-frame sized dice, as well as huge fungi sculptures.

His interest in mushrooms and their psychedelic properties certainly goes back 20 years, to his 1996 video work, Muscimol, in which he took a dose of the active ingredient in fly agaric mushrooms and recorded the effects.

By way of publicising his show of recent work, opening at the Gagosian gallery at 555 West 24th Street in New York on 20 June, Holler says, “I find mushrooms incredible. Their sole function is to lift their spores out of the ground to be carried away by the wind. So why do they have this immense variety of shapes, colors, and constituents, some of them psychoactive? As far as we know, they don’t communicate with other mushrooms above the ground, and they don’t use these toxins to protect themselves. There’s something else going on that we don’t understand.” 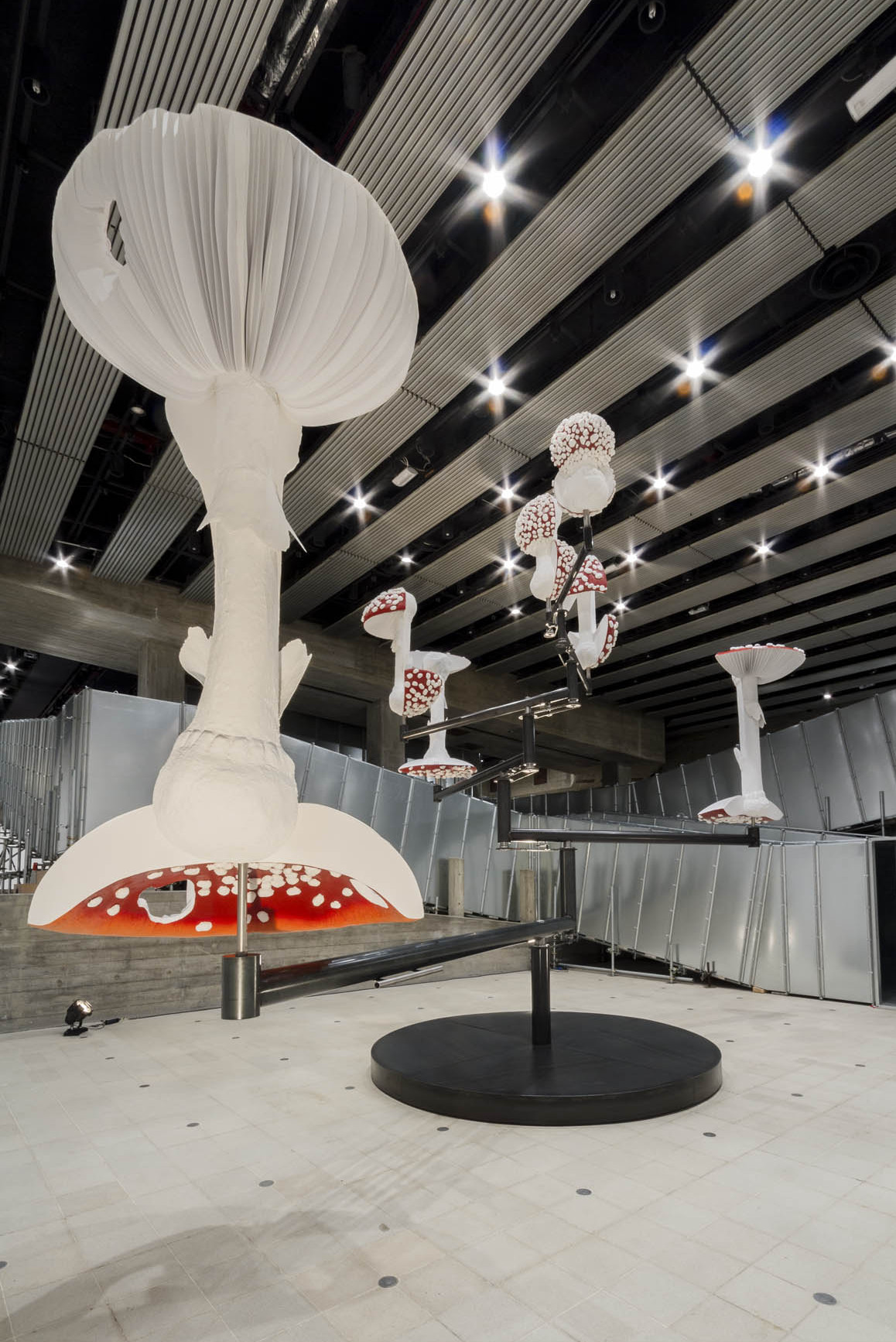 From a research point-of-view, it’s a fair question. Don’t expect Carsten to get to the bottom of it at this new show, called Reason, even if the artworks have an air of the research lab about them.

As we explain in The 21st Century Art Book, “Höller draws on scientific history and methodologies to create works that alter the audience’s physical and psychological sensations, inviting shifts in behaviour and altering our perceptions and sense of logic.”

Instead, expect bewildering, ’shroom themed works like his 2015 Flying Mushrooms sculptures, and perception altering installations similar to his 2016 mirrored piece Revolving Doors. They might have the clinical finish of lab-grade instruments, yet the enquiries they answer are likely to be a little more fuzzy. 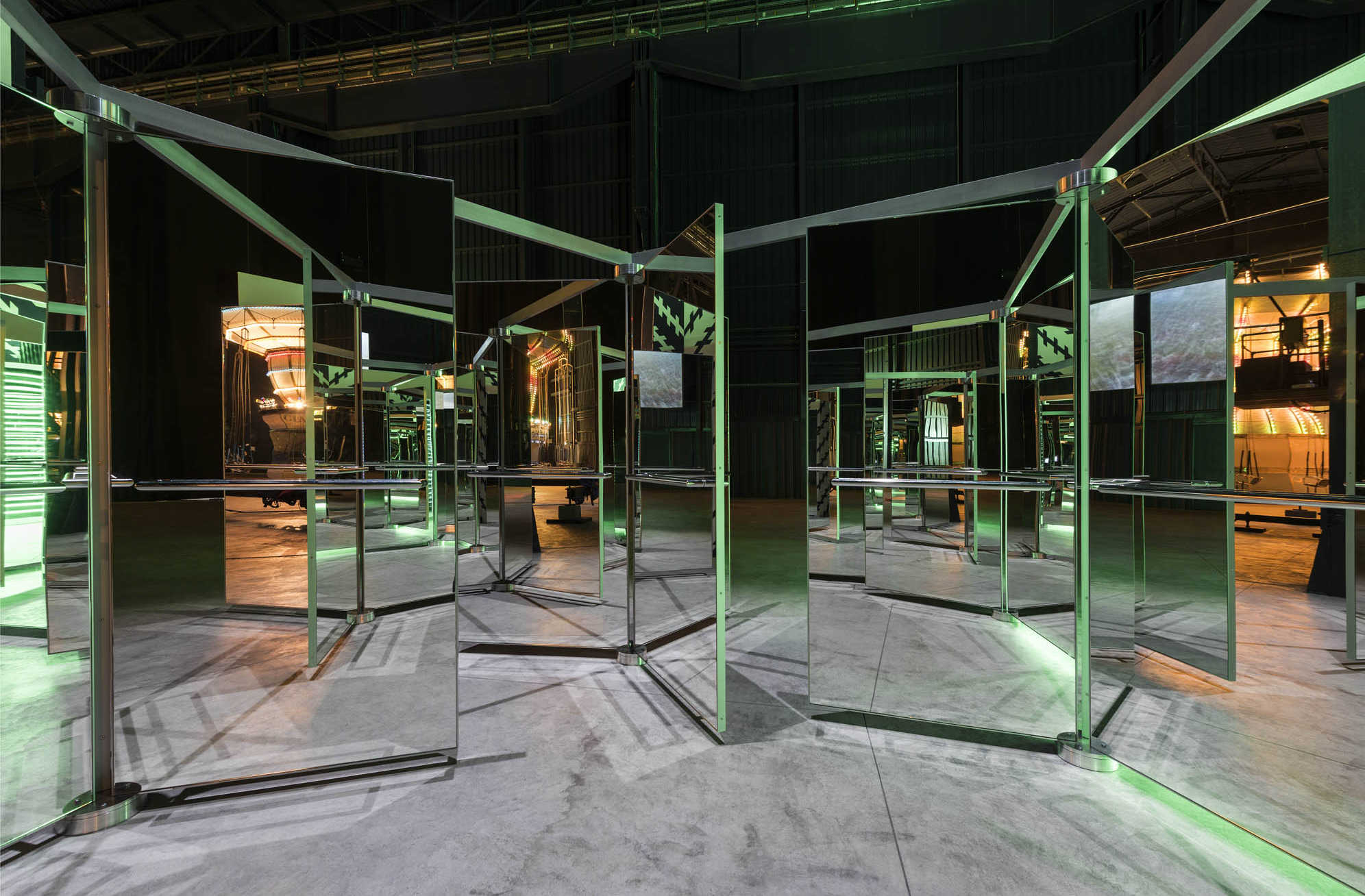 For more on Holler’s place within contemporary art get The 21st Century Art Book; for more on mushrooms get Evolution: A Visual Record and Plant: Exploring the Botanical World.