Most garage-sale hosts wouldn't want to prompt their customers to think far beyond how much they would be willing to pay for a used paperback. New York artist Martha Rosler, putting on the Meta-Monumental Garage Sale, currently installed at the Catherine C Marron Atrium of Manhattan's Museum of Modern Art until November 30, isn't your usual domestic junk dealer.

While patrons browse her used goods, they can listen to Rosler's audio commentary on the role of the garage sale in contemporary society, as well as a view a slideshow of suburban settings, intended to bring to mind the sale's spiritual home. 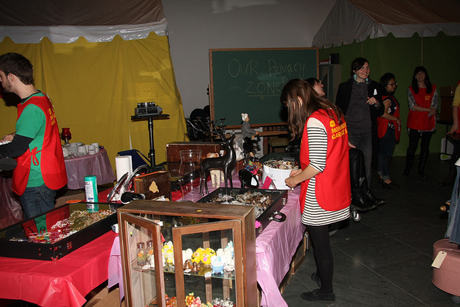 The renowned contemporary artist, known for her video, performance and installation pieces, held her first garage sale in 1973, while still a student San Diego. Advertised locally as an art event, Rosler offered customary items such as used clothes and books, alongside more controversial items, such as soft-core pornography, old diaphragms and empty welfare food containers.

During this 1973 incarnation, a similar audio track played, and, as with today's version, Rosler was on-hand to haggle over prices, and perhaps even explain why she had appropriated the informal domestic marketplace. In an interview conducted to promote the show, Rosler says she was first inspired to host a garage sale when she moved from New York to southern California, and came across this peculiar pastime.

"At the time, the US was suffering the famous oil shock, and the economy was in bad shape," she recalls. "No wonder people were trying to make ends meet by selling their goods! But the motive of charity and sharing seemed absent."

Having traveled the world with the sale, Rosler has brought it to her hometown, at a time when the economy isn't a great deal better. Those after a little high-minded consumer insight, or just a cheap blouse, should head to MoMA and beat Rosler down. 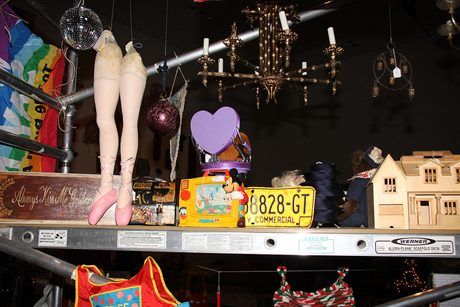