Last week we brought you a look at the work on view at the Crisis Commission at Somerset House. The show features work by established artists such as Tracey Emin, Antony Gormley, and Gillian Wearing. But among the work of these familiar names our eye was caught by a piece of work called _Partings _by young rising star, Nika Neelova. Damaged materials, structural ruins and architectural remains are the inspiration for, and are often the primary components of, the large-scale installations of this 25-year-old Russian artist. Now based in London,  we caught up with her and found out how a childhood fascination with discarded objects has led to her choosing damaged elements that come steeped in narrative and history. 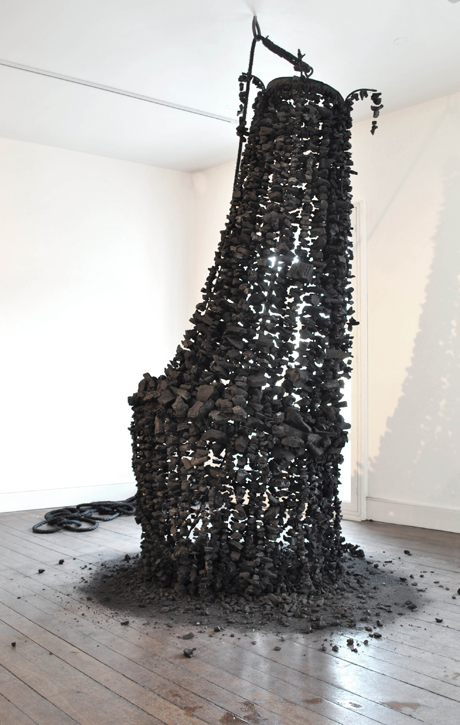 Tell us a bit about your background
I was born in Moscow but at the age of five my family moved to France for several years and I spent most of my childhood in Paris. I used to draw a lot when I was a kid and had a terrifyingly huge collection of the most unassuming found things – thousands of chestnuts, strangely-shaped stones, broken sea shells, fallen leaves. This notion of repetition and discarded objects very often occurs in my work now. But I guess the first realisation of being an ‘artist’ was when I won a junior Paris drawing competition and my grandmother brought me to the Mairie de Paris alongside the other kids to receive the prize.

Did you come from a creative family?
My father is a career diplomat and my mother is a cinema and stage actress in Russia, and both their professions have had a huge influence on me. I had the incredible opportunity as a child to meet amazing writers, directors, composers, and musicians, and hearing them talk about their professions and discuss various shows, exhibitions and books really made me want to join that world one day. In Paris, my mother and I often went to Musée Rodin, whose sculpture I found fascinating, and I had huge albums about the Impressionists’ paintings, which I adored and knew by heart. 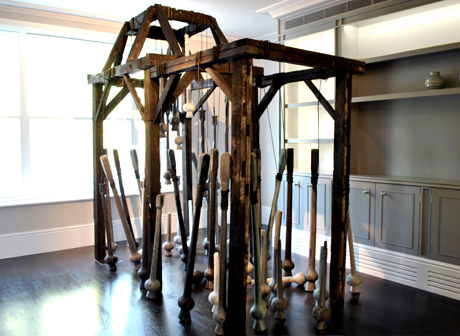 What’s the process with making each piece?
It always turns out to be different with each individual piece – sometimes it is a sudden idea that I feel the urge to execute, but more often it comes from an extensive process of sketching, writing, making models, [then] destroying these models and starting over. But it always ends up being an accumulation of thoughts, images, memories, experiences, of everything seen, read and imagined that after a long way gets translated into another, more physical, language.

Do you undertake all the actual physical 'making' yourself?
It is important for me to do as much of my work as is possible by myself, because the processes involved in the ‘making’ and the treatment of the materials is something that is important for me to reinvent every time. However, I do use the help of technicians, which is crucial for the larger pieces and especially the recent project at Somerset House.

What draws you to material that has been reclaimed, burned or damaged in some way ?

I often choose to use reclaimed architectural features and reclaimed timber because of the historical memory that is embedded in these materials. Belonging to a different time and a different place, they carry a story of a past life. Moreover, they are the only real traces of this past triggering myths and memories of distant origins. They speak of a history that has made it into the present, and which is distorted by being placed in the wrong time and by being combined with my personal history and interpretations. The burning of the wood then becomes a reference to a certain finitude. In a way it is the final irretrievable state of the material, which symbolises the end of a certain period. 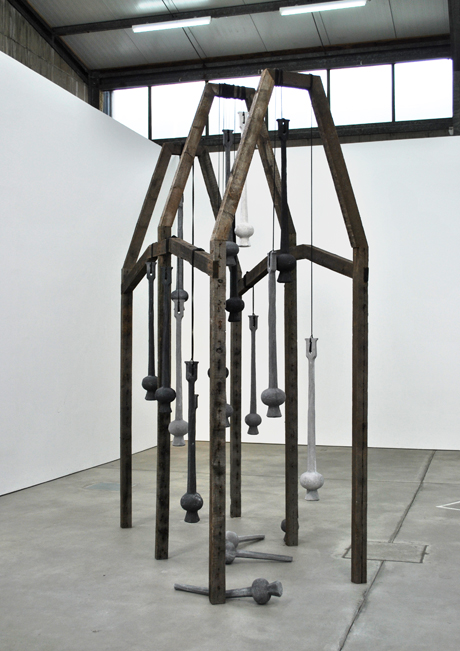 Who do you feel has influenced you strongly?
Andrei Tarkovsky, Osip Mandelstam, Gaston Bachelard, Félix González-Torres, Gabriel Orozco, Miroslaw Balka, and Simon Faithfull, who also was my personal tutor at the Slade.

Tell us a bit about your Crisis Commission Partings, it seemed to be a big hit on the opening night
The piece for the Crisis Commission features eleven doors cast in dark concrete. They are abandoned doors, no longer belonging anywhere, having been taken out of their doorways. They are shown as no longer serving their original purpose, they are suspended and shattered, and deprived of the mystery of what is behind. They no longer separate space, they no longer create boundaries; they are, on the contrary, lost in space and it is the space around them that determines their disposition. They are suspended and falling out, alluding to both shelters and unavoidable dangers of collapse. 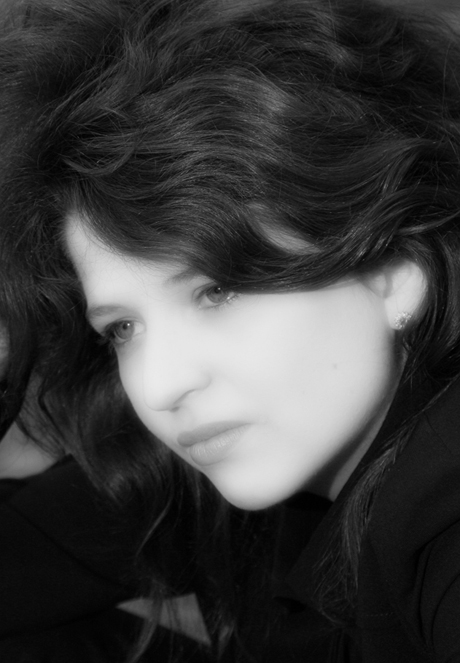 Where did the material come from?
The particular door featured in the piece is a cast from the original Georgian six-panel door borrowed from Somerset House. Its reoccurrence in the space as part of the piece creates a sense of displacement, emphasising the contrast between the doors that are part of the architecture and the doors that have fallen out. Bearing the traces left by time and history, this door carries along its own story, which it involuntarily embeds into the collective story of all doors.