Artspace scour Art Basel Miami for the best artworks on show this year. Read on to see what they think!

We’re loving Artspace’s coverage from Art Basel Miami Beach right now and are finding it harder and harder to resist the urge to buy some of the artists featured at the fair on their site. Their six picks from Untilted are particularly interesting. Here are our favourite three from the ones they rightly reckon attendees should check out. 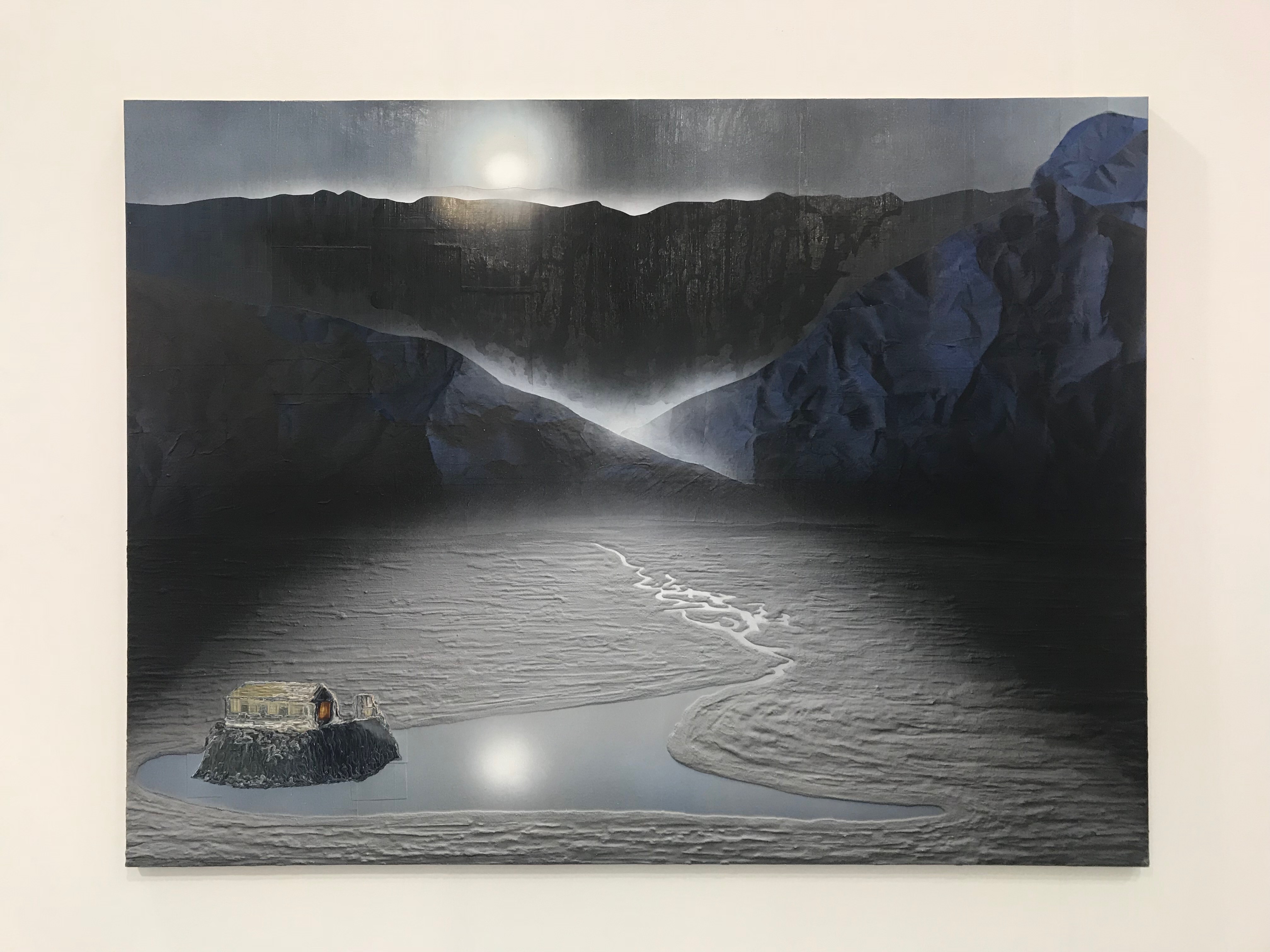 Gordon Cheung - River, 2018 Gordon Cheung’s large canvases are seductive because of their unusual use of materials (sand, automotive paint, jpeg prints, and clippings from the stock report section of the Financial Times), but the story they tell reveal Cheung’s approach is much more than just visually motivated. The British Chinese artist represents the expansionist policies of China, and his images are chalk full of symbolism to prove it.

Cheung references traditional Chinese landscape paintings, wherein the hight of the depicted mountaintops signify the strength of one’s cultural status, and wherein temples and sacred buildings pepper the landscape. But in Cheung’s version, the religious buildings are replaced by a single “nail house,” a term used to describe homes surrounded by real estate and infrastructure development—so much so that they seem to stick out of the ground like a nail that can’t be hammered down.

To Cheung, the nail house acts as a metaphor for individuality and streangth despite overwhelming pressure and might. In this particular painting depicts the Mekong Delta, which is significant due to the fact that China dammed it’s water source to restrict flow to Cambodia, Thailand, and Laos. Nuanced yet deeply critical of China’s greed, these paintings are worth spending time with. 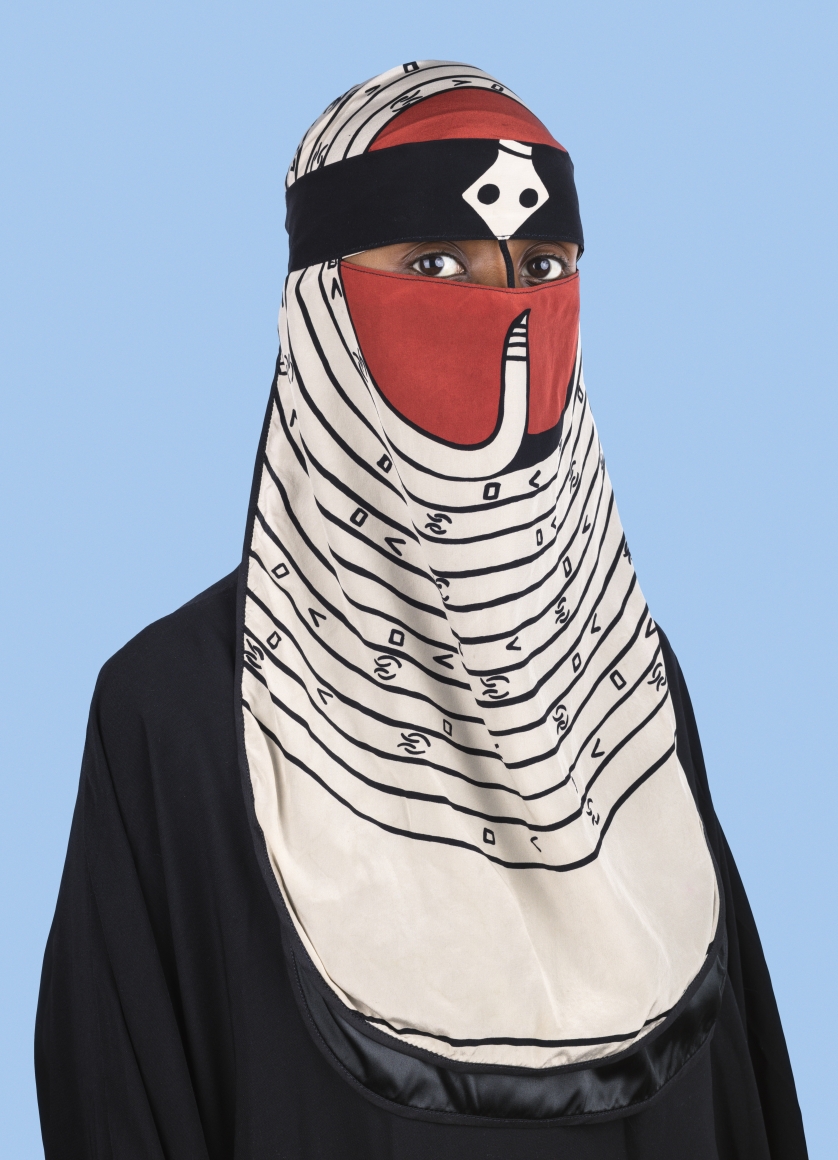 Wesaam al-Badry - Valentino #X, 2018 Currently based in San Francisco, Wesaam Al-Badry was born in Nasiriyah, Iraq in 1984. At the age of seven, at the outset of the Gulf War, he, his mother, and his four siblings (including his three-day-old sister) fled on foot, hiking all night until they found refuge at a camp in Saudi Arabia. They remained at the refugee camp for four-and-a-half years, when they relocated to Nebraska.

“As a young man growing up in middle America, Al-Badry fiercely felt the disconnect between his experiences in Iraq and the refugee camps and his new American reality,” says the gallery. But now, the relationship between Western ideals and traditional Muslim culture forms the bases of his work.

In his artist statement he asks, “Would the Western World accept the niqab if it were on the racks of luxury fashion designers? What happens for the Islamic World by putting seasonal designer patterns/brands on millennia-old cultural traditions?”

Al-Badry’s process begins by collecting vintage and contemporary scarves from couture houses like Hermes and Gucci, which he then turns into niqabs, the traditional clothes that some Muslim women wear to cover their faces in public. Staging portraits featuring women wearing these custom luxury niqabs, the artist displays Western consumerism’s influence on Muslim culture, revealing the tension between Occidental and Arab-Islamic ideologies. The artist currently has work at the “Contemporary Muslim Fashion” exhibition at the DeYoung Museum in San Francisco. 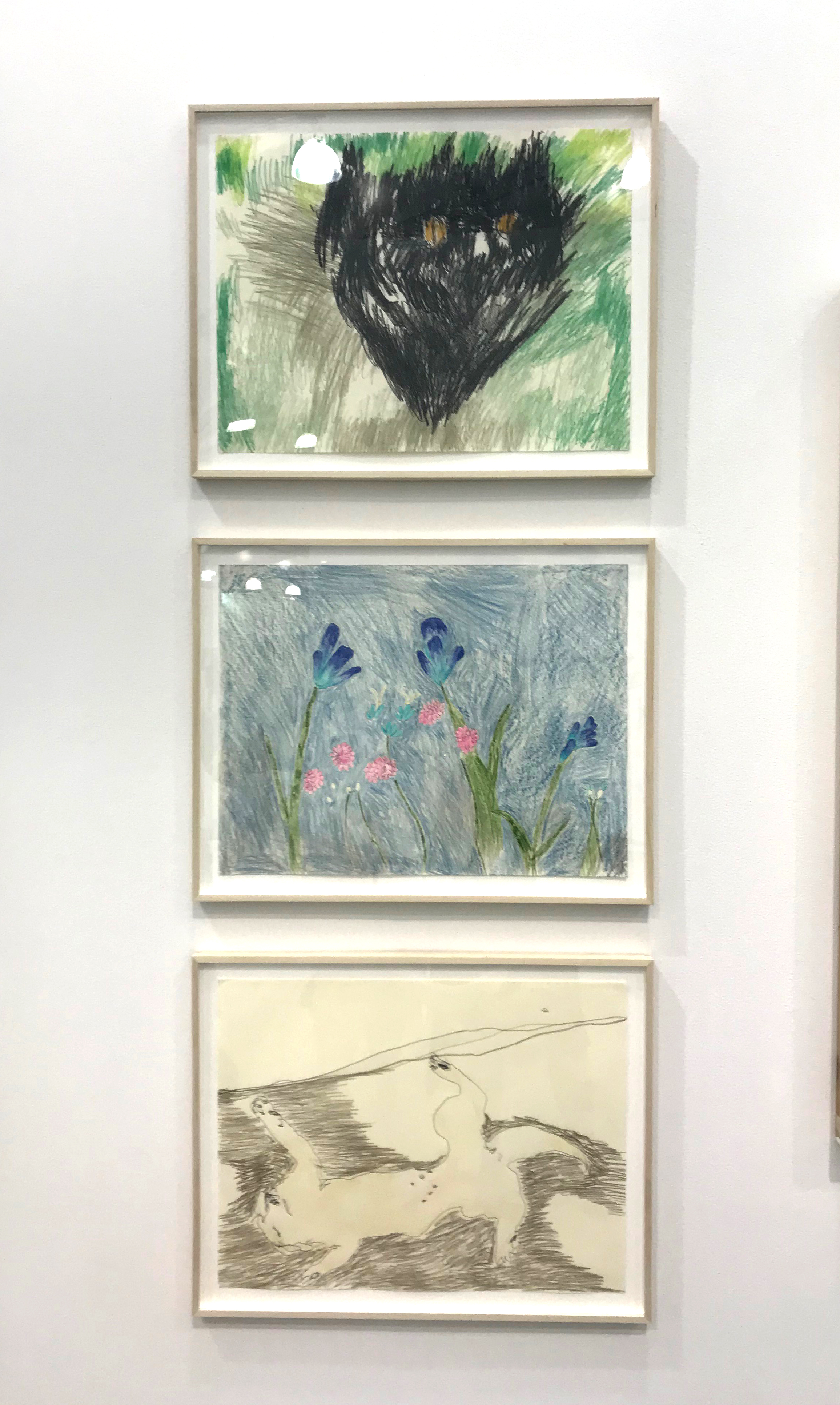 Emilie Gassiaux - False Flag, New York In 2010, while Emilie Gassiaux was a student at Cooper Union, she was hit by a car while biking to her summer internship. Ever since, Gassiaux has been black-out blind—making her exuberant drawings and paintings all the more impressive.

Following the young artist’s accident, she lay in a coma in the hospital until eventually communicating with her loved ones through touch (she’s also hard of hearing.) Touch continues to be her primary sense, even as a visual artist; using a particular pad of paper that gives easily to pressure, she makes marks that indent the paper, allowing her to feel where she’s drawn.

In one particular drawing at False Flag’s booth, we see where the pen failed to deliver ink to the page, yet the evidence of a carved line is visible. “We wouldn’t see this as a line,” says False Flag’s Alex Heffesse, “but to Emilie, this is absolutely a line.”

Check out the coverage of Miami on the Artspace blog here and shop some of the artists at the show here  Tell 'em we sent you!