It's tempting to imagine how someone like Keith Haring might have used sites like Tumblr. His journals, some pages from which were initially scanned and uploaded to the microblogging site to promote the artist's retrospective at the Brooklyn Museum earlier this year, contain a surprisingly heterogeneous collection of notes and scribbles. There are diary-like lines detailing how he grabbed a slice of pizza after hitting the clubs, through to carefully copied quotes from Keats and Sartre. 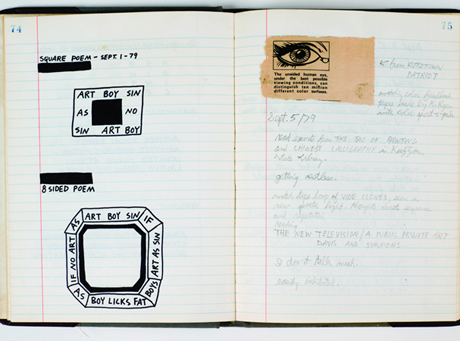 Initial scans went down so well with the artist's fans, that The Keith Haring Foundation announced this week that they've copied all of Haring's journals from 1971 to 1989, and that they intend to make these available online via their Tumblr account. Graffiti scholars and eighties art fanboys should look out for regular uploads.