We're fast becoming fans of the French contemporary artist Davide Balula. You may remember his Art Basel project, created with the help of the brilliant New York chef, Daniel Burns, which saw Burns reinterpret Balula’s earth, river and burnt wood paintings as ice cream flavours. Or perhaps you saw Balula’s 2015 series of colourful sculptures entitled Coloring the WiFi Network - each of which emitted a signal that produced a corresponding pigment on suitably attuned smartphones, laptops, and tablets.

Balula’s latest exhibition opened at the Gagosian's Greek outpost in Athens at the weekend, and appears to be just as disruptive as his earlier shows. “At Gagosian Athens, Balula utilizes the herringbone-patterned hardwood parquet floor by removing some of the planks and replacing them with identical sections of white drywall,” explains the gallery, “the hardwood is then set into the gaps left in the wall. This selective shuffling of floor and wall serves to alter the viewer's perception and physical experience of space, in the spirit of artists for whom architecture itself is sculptural potential.” 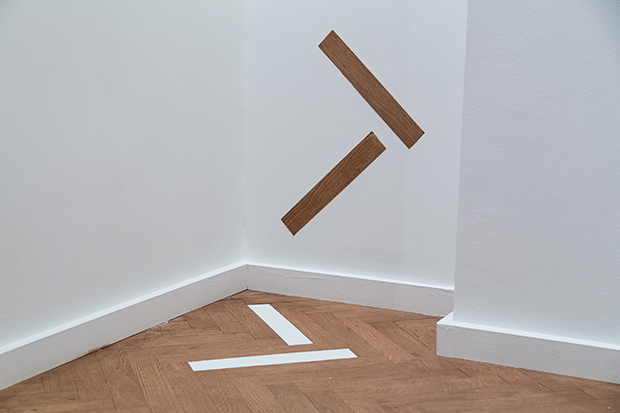 The drywall and flooring works are apparently influenced by the great US artist Gordon Matta-Clark, who chopped apart whole houses as part of his 'anarchitecture' works back in the 1970s. However, Balula adds additional influences by installing a series of new marble sculptures inspired by the paths the 20th century architect Dimitri Pikionis cut into Athens’ Acropolis. These modernist additions to the ancient site were not widely welcomed by traditionalists when they were first laid in the 1950s, yet they have enabled millions of visitors to enjoy and understand this centrepiece of classical Greek culture. The paths themselves were created from a collage of dicarded marble pieces, recycled from surrounding ruins, and so refer to an earlier age; and they have since grown more worn and distressed with every passing tourist. 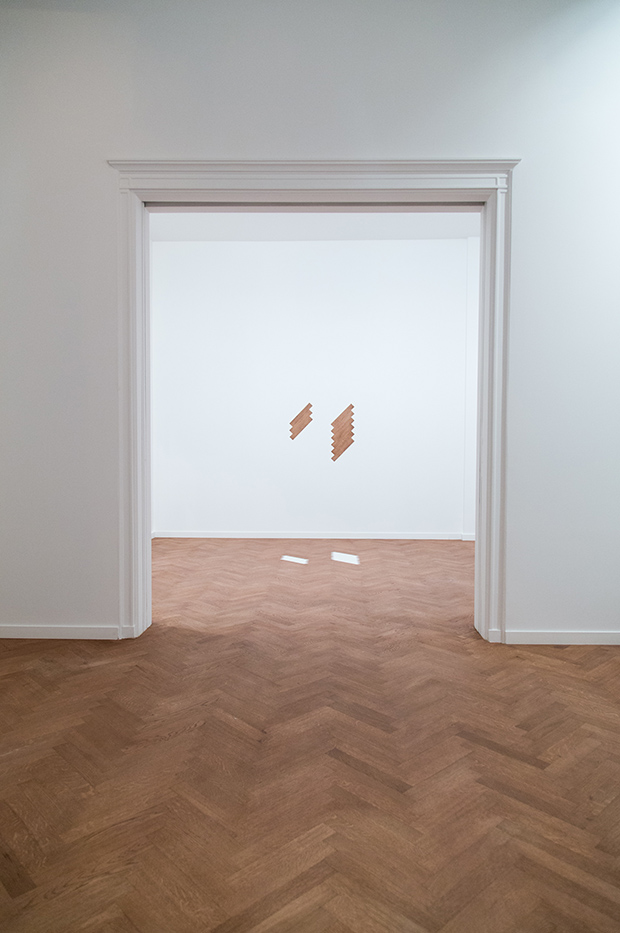 Balula says time and context are central concerns in his work, and it’s hard not to look at this Athenian exhibition and not consider the force of history at work in the Greek state, as well as the status and stability of architecture and relics in an ever-changing world.

For more on the show, which runs until 19 December, go here; for more on Gordon Matta-Clark get our monograph, here; and for greater insight into what qualifies as art today get Defining Contemporary Art.