We were sad to hear that the renowned German filmmaker and video artist Harun Farocki died yesterday (Wednesday) at the age of 70. He was one of those artists whose work is so young and so contemporary that you'd be forgiven for expecting he'd be with us a little while longer.

As our forthcoming 21st Century Art Book explains, Farocki explored the power relationship between the observer and the observed, drawing parallels between the role of surveillance in the lives of prisoners and those of everyday citizens.

The power of images had been a central concern for the German filmmaker since the late 1960s. His film essays and documentaries examine systems of control and manipulation, and the influence of technology on human behaviour. 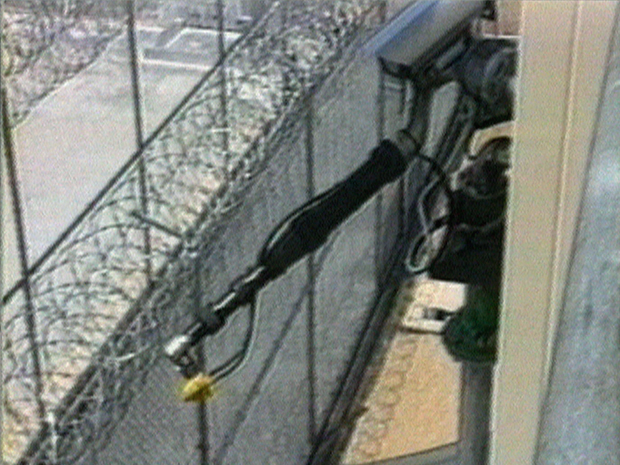 I Thought I was Seeing Convicts (2000) - Harun Farocki

Born in 1944 in Czechoslovakia - then part of Germany - he made over 90 films during his lifetime. He studied at the German Academy of Film and Television from 1966 to 1968, developing a unique documentary style that was critical of the media and the ways in which images shape contemporary life and ideology.

From the mid-Seventies to the mid-Eighties he served as the editor of Munich-based film journal Filmkritik, before heading off to California during the 1990s where he taught at UC Berkeley.

From 2000 on he played a bigger role in the art world. As The 21st Century Art Book reveals, his breakthrough video work, I Thought I Was Seeing Convicts (pictured above and below) from 2000 features grainy surveillance footage from a maximum security prison that captures the dramatic moment when an inmate is shot dead by guards. 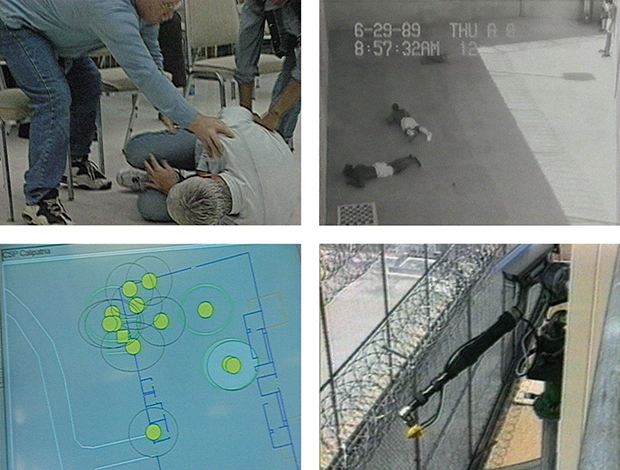 I Thought I was Seeing Convicts (2000) - Harun Farocki

The shooting of William Martinez in 1989 was one of many similar incidents at California State Prison, which became notorious for its brutal conditions. Farocki’s film focuses on the investigation into the shootings, revealing that guards intentionally set up fights between prisoners, allowing them to escalate before interceding with live ammunition. The prison footage is juxtaposed with computer-generated graphics based on the movements of supermarket shoppers.

In 2007 Harun took part in Documenta 12, presenting Deep Play which broke down footage from the 2006 World Cup, held in Germany, across 12 monitors. Since then he staged solo museum shows at Berlin’s Hamburger Bahnhof, the Tel Aviv Museum of Art, MoMA, Cologne’s Museum Ludwig, and Tate Modern.